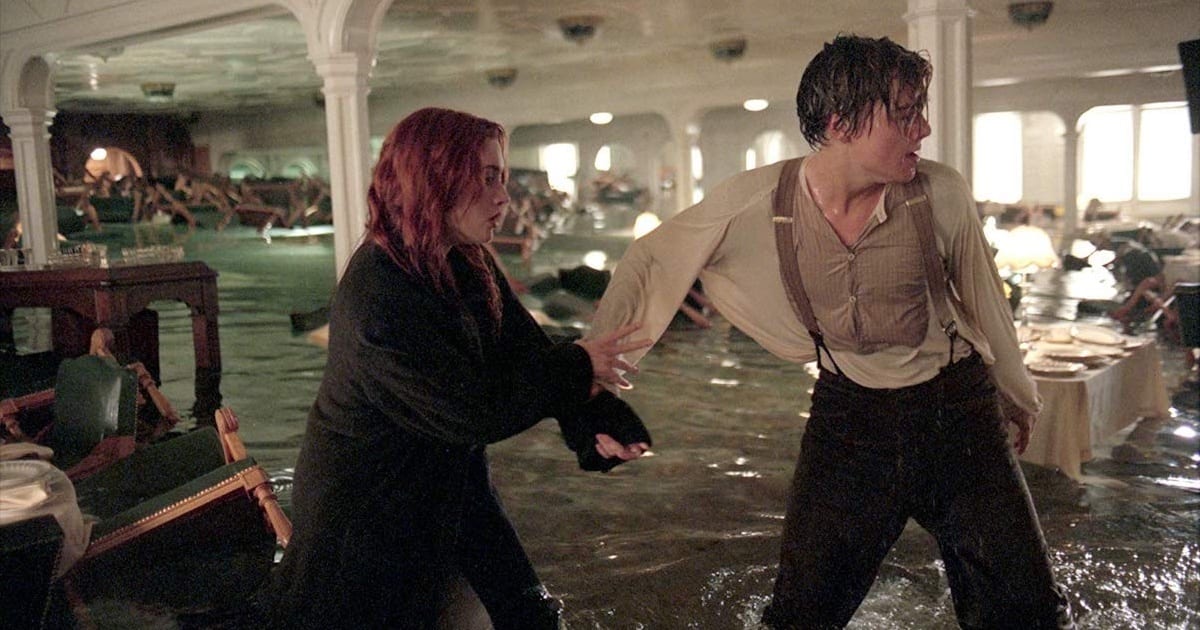 Have you ever tried holding your breath during underwater scenes in movies to see if you would have survived? Well, that’s what I did. After doing this challenge, I’ve come to realize that I would have died in many movies.

I’ve never been very good at holding my breath. I can’t swim and water that is deeper than I am tall (which isn’t very deep) scares me. Even just watching underwater scenes tends to give me anxiety.

BUT, I knew that our devoted readers would love to read about me putting myself through this anxiety for the sake of MovieBabble, so I decided to take the challenge. I watched five movies: Mission Impossible: Ghost Protocol (2011), Titanic (1997), Alien: Resurrection (1997), The Bourne Supremacy (2004), and The Count of Monte Cristo (2002). Each movie has a distinctive underwater scene that would test me to my limits. Without further ado, let’s examine how this little challenge went.

I was originally going to watch Mission: Impossible – Rogue Nation (2015) as that film has a more famous underwater scene, but my local library did not have that one so I chose the brief underwater scene from Ghost Protocol instead.

In this scene, Brandt (Jeremy Renner) and Ethan (Cruise) are trying to escape a car that has just crashed into the river. While they are being shot at and it is nerve-wracking, they find an air bubble within the car itself, so they are never underwater for more than maybe two minutes. Because of that, I was able to survive this scene. In summation, I am just as much an action hero as Tom Cruise.

Fun fact: this was my very first time seeing Titanic all the way through. I used to be one of those people that would make fun of Titanic, particularly the melodramatic romance between Jack and Rose. However, I redact all of my jokes because this movie is heartbreaking and the ending nearly made me cry. Titanic is able to contrive a romance that really sucks you into it.

The main underwater scene I held my breath for was when Jack and Rose are stuck behind a gate while the water is rapidly rising and a ship employee throws them the key. Jack has to dive under the water to find the key and open the gate. The whole scene is nerve-wracking to say the least, but the tension is amped up to 11 when you are also holding your breath with Jack.

I was able to hold my breath as long as Jack, though I did get a bit lightheaded. I almost gave up because I just couldn’t handle the pressure but I survived. However, I have a feeling that if I had been on the Titanic, I would have died by jumping off the side and smacking my face into a propeller.

I’ve never seen any of the other Alien films all the way through. The most I know about them is that Sigourney Weaver stars in them and sometimes baby aliens break out of people’s bellies. Also, Sigourney Weaver is six feet tall and that scares me. In Alien: Resurrection, a crew of unsavory people are trapped on a spaceship with twelve murderous aliens running rampant. They must try to escape in their own smaller ship and also kill as many aliens along the way. Ellen Ripley (Weaver) is also there as some sort of resurrected clone (hence the title).

The scene I chose for holding my breath is the extended scene when the crew must swim through the flooded kitchen to another part of the ship. Of course, an alien chases them through the water and possibly kills a few of them. Who knew aliens could swim so fast?

I used to not be a huge fan of this movie, as it was a family favorite at my house. However, after a recent rewatch, I was able to recapture the magic that comes from young Matt Damon murdering people. It has the basic plot of every other Bourne movie: the government is after Bourne even though he is innocent/only doing what he was ordered; basically, past spy/assassin has been reformed and the government doesn’t like that.

The underwater scene for this is in the first half-hour of the movie. Jason Bourne and his girlfriend, Marie (Franka Potente), are trying to outrun an assassin but they fail. Marie (spoilers) is shot and killed as the Jeep they were escaping in crashes off a bridge. Bourne spends a few seconds trying to revive her (underwater, since that seems logical) but ultimately leaves her body in the river.

I would have died in this scene. To be honest, I think Bourne would have too, considering that he gave a good amount of his air to Marie to try and save her. I find it hard to believe that after losing half of his air to try and revive his dead girlfriend, Bourne would still have enough air to stealthily escape to a distant shore. I’m calling BS on this one, folks.

The Count of Monte Cristo

Once again, I was not a huge fan of this movie until I truly sat down and watched it. It’s a favorite of my father’s and I always felt it was boring. However, when he suggested it for my article idea, I decided to take another swing at it, and thank goodness I did! I’ve never read the book that this movie is based on, but I’m tempted to now because of what a ride The Count of Monte Cristo was.

The movie revolves around Frenchman Edmond Dantes (Jim Caviezel) who is wrongly imprisoned for over a decade and, once escaped, vows revenge on the people who put him there. In a way, it reminds me of The Shawshank Redemption (1994) with the prison and redemption aspect; it also particularly embodies the quote “Get busy livin’ or get busy dyin’.”

The underwater scene in this film is brief, so I was able to survive. After his cellmate dies, Dantes trades places with the dead body. When the guards throw what they believe to be a dead body in the sea, he breaks free of his body bag and escapes. The entirety of the scene cannot be longer than thirty seconds. Overall, this proves that I could escape from prison in real life and that I am a criminal mastermind.

I don’t even reach the water before I die in this film. During a town meeting about the man-eating shark, a mob of angry people surrounds and murders me for making shark puns. My last words are: “Something about all this smells fishy to me.”

Thank you for reading! What are your thoughts on my ability to survive underwater? Could you do it? Comment down below!

Nice to know I’m not the only audience member who has tested this (and occasionally “died” doing so).