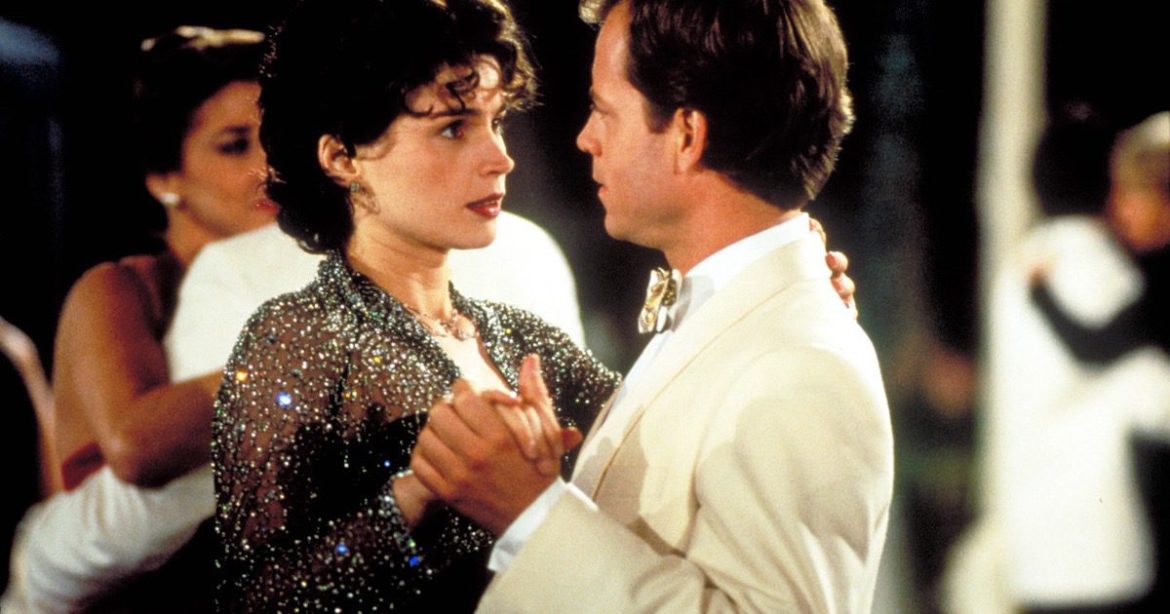 When a film is labeled as “classic”, there is a certain something about it. Entertaining and inspiring multiple generations of audiences, its success goes far beyond the initial response from moviegoers. Unfortunately, this sometimes inspires those in power in Hollywood to try to replicate that certain something, for better or for worse.

One of my favorite classic movies is Sabrina (1954). It is, in my mind, the quintessential Audrey Hepburn film. Though the narrative is the standard rom-com, it is not your average paint-by-numbers romantic comedy. It is charming, intelligent, and completely worth watching. Back in the 1990s, someone thought it was time to re-imagine the story in what was then the present day.

It Pales in Comparison to the Original

As movies go, the 1995 adaptation of Sabrina by itself is not all bad. As a standalone film, it’s decent. Juxtaposed to its predecessor, this movie could have been worse. But ultimately, it is one of those movies someone might tune in to on a slow weekend afternoon simply because it is on television.

Sometimes, a re-imagining fails because of the cast. The problem is not the actors. Stepping into the shoes of Hepburn, Humphrey Bogart, and William Holden are Julia Ormond, Harrison Ford, and Greg Kinnear. Ormond and Kinnear are fine actors, their respective CVs are proof of their abilities to do their jobs. Ford is one of the most iconic actors of our era. But in this case, the win will always go to Bogart for his portrayal of Linus Larrabee.

The problem is that the lead performers in the 1954 film are completely emblematic of classic Hollywood. As good as some modern actors maybe, they will never be able to hold a candle to performers such as Hepburn, Holden, and Bogart. Audrey Hepburn, as both a person and an actor, will forever be unique. She was charming, elegant, graceful, and her acting abilities could capture the audience’s attention as few can. And unlike the Marilyn Monroe and Jayne Mansfield’s of the period, she proved that a female performer does not need to rely on sex appeal to have a career.

William Holden is one of those actors that cannot be pegged into a certain genre or character. Working in Hollywood for forty years, he played roles in such films as The Bridge on the River Kwai, The Wild Bunch, and Sunset Boulevard. The best actors are the ones who able to inhabit and tell the stories of a diverse number of characters. Holden was certainly one of the best of them.

When one thinks of old Hollywood, Humphrey Bogart is one of those actors who comes to mind. Many of his best-known roles were that of a man’s man, a tough guy who could also show his soft side for a romantic partner. Movies such as Casablanca, The African Queen, To Have and Have Not, and Key Largo allowed Bogart to play both sides in his characters. (On an interesting side note, the latter two films also starred his wife, Lauren Bacall.)

I Wish It Was Better

When it comes to reboots, they fall into three categories. At the highest level, the movie or television program can stand on its own two feet while paying homage to the previous iteration. At the lowest level, the current IP may look like its predecessor, but it is a shadow of what came before. And then there’s what’s in between.

As an example, the new Saved by the Bell, airing on the Peacock network falls into the first category. The viewer does not need to be a fan of the original series to understand or enjoy the modern version. There are plenty of easter eggs for the old school fans (like myself), but there is also enough content for newer fans to enjoy. The 2017 Anne of Green Gables that aired on PBS is in the second extreme. While it appeared to be worthy of the novels and the beloved 1980s and 1990s series starring Megan Follows, looks can be deceiving. As for the subject at hand, the 1995 Sabrina lands in the third category. It is not completely unworthy of the 1954 version; however, it is missing the movie magic when compared to the previous iteration, feeling as if it’s going through the motions.

At the end of the day, a reboot/revival/re-imagining is simply trying to hold itself up to the reputation of its forerunner. Some succeed, some fail, and some fall somewhere in the middle. Unfortunately, most either fail or fall somewhere in the middle, reminding audiences and the powers that be in Hollywood that delivering new ideas is sometimes better than rehashing the old.

Thank you for reading! What are your thoughts on Sabrina (1995)? Comment down below!

I agree on all counts. Aside from casting, writing, and direction, for me, remakes fail to rise to their predecessors because they lack an understanding of what made the originals so exceptional. Sabrina is one such example. The Day the Earth Stood Still is another. And, most recently, we can Netflix’s glossy and superficial remake of Rebecca to the list. I could go on…but, instead, I’ll just say thanks for a great post. :-)

‘Clueless’ Comes to Netflix: Why My Favorite Movie...