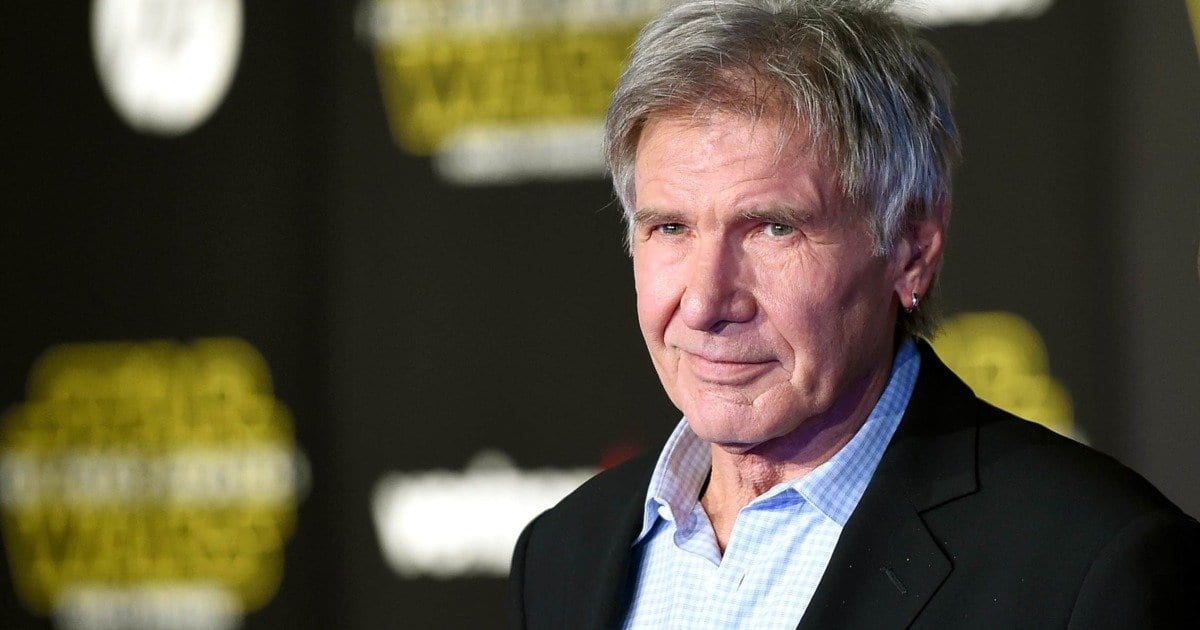 With Blade Runner 2049 coming out this weekend, it’s a perfect time to take a look back at Harrison Ford‘s filmography and see which of his films stand out as some of the best.  This will be the start of more regularly scheduled content to the site so start sending those suggestions!

Air Force One is really a guilty pleasure.  It’s a film that truly represents 90’s action with its cheesy dialogue and silly concept.  Harrison Ford plays the president of the United States.  Naturally, a group of terrorists hijack the plane to kill him and his family.  Gary Oldman plays the lead terrorist, and he does a pretty good job selling the role.  It’s really just a 90’s action movie that is fun to watch on a rainy day.

#4: The Empire Strikes Back

I know what you’re thinking, “How could you put Empire this low?” The only reason I put it at number four is the fact that Harrison Ford isn’t the main character in the movie, so it’s a stretch to call it a “Harrison Ford movie.”  Otherwise, this would probably be at number one.  There’s not much to say about this movie that hasn’t been said already.  It’s definitely one of the best sequels ever made because of how it expands on the universe set up in the first movie.  They establish more characters, planets, and ideas that impacted the series greatly.

The visuals are even better than they were in the first movie, and the score by John Williams adds more themes which grows the universe as a whole.  The movie continues Luke’s Jedi training by bringing in Yoda, and Lando and Cloud City are introduced.  Darth Vader has a much more prominent role, so much to where he gets his own theme.  One of the best twists in cinematic history is also present in this movie with the line, “no, I am your father.”  The Empire Strikes Back is one of my favorite movie of all-time, and made the Star Wars franchise what it is today.

#3: Raiders of the Lost Ark

Raiders of the Lost Ark is the film that made Harrison Ford who he is today.  He created one of the most iconic characters of all time in Indiana Jones, who is still widely known today. The film has numerous exciting action scenes from the boulder scene, to the chase sequence, and even the airplane fight.  All of those scenes use practical effects, which makes them feel much more real and visceral. The film is extremely rewatchable because of the adventure you go on with Indiana Jones.  All of the characters are fun to watch on the screen.  Spielberg even managed to make the love interest, Marion, a strong character that doesn’t need Indy’s help.  Steven Spielberg made one of the best action movies ever made, using great dialogue and practical effects to his advantage.

Blade Runner is one of the most influential science fiction films of all time.  It’s a film that gets better each time you watch it since Ridley Scott added a vast amount of detail to it in less than two hours. The film takes place in a dystopian future where genetically engineered androids, replicants, that look and act like humans are hunted after they escape from their world where they are used for slave labor.  Harrison Ford plays Rick Deckard, a blade runner, who kills escaped replicants. The interesting thing about his character is that he plays a very flawed protagonist, who makes very controversial choices throughout the narrative.  There is so much hidden within each line of dialogue.  It prompts you to watch it over and over again and find out more details each time.

Ridley Scott creates a futuristic, yet believable world that has a fascinating tone and feel to it.  Instead of relying on action and visuals, Blade Runner creates an immersive world that leaves room for countless theories and plenty of speculation.  I won’t go into too many details in case you haven’t seen the film, but it’s a layered sci-fi film that gets better over time.

#1: Indiana Jones and the Last Crusade

I tried not to include two Indiana Jones movies in the list.  But I just simply had to put two because they’re both great movies.

Indiana Jones and the Last Crusade is a great follow up to Raiders of the Lost Ark because of the action sequences, but also because of the addition of Sean Connery of Indy’s father.  The father-son dynamic adds more weight to the movie, making it more than just an action movie. Their different viewpoints on life create some great scenes between the two whether they are discussing how Indy was raised, or arguing about what they should do in certain situations.  Henry Jones is a more subdued and proper person, but Indy is much more adventurous and outgoing. Through all of that, their is still a bond between the two that is hard to put your finger on.  However, what it all comes down to is that Henry is Indy’s father.

The whole film culminates at one word when the temple splits in half.  Indy reaches for the cup, about to die if he flees go if the ledge, and his father looks at him and says “Indiana, let it go.”  This is important because he calls his son Junior throuoight the whole movie, which Indy hates. In that scene, everything going on around them seems to stop as the two characters rebond on one line of dialogue.

Thanks for reading!  What are your top 5 Harrison Ford Movies?  Comment down below!

Agreed Air Force One does fit snuggly into the “Guilty Pleasure” category, you really should check out the Fugitive, one of the more superior TV adaptations. Personally I’m a big fan of Witness and Presumed Innocent is a very serviceable thriller.

Why no love for Kingdom of the Crystal Skull? (This is sarcasm :P)

Totally agree with #1. I mean, Ford and Connery in the same movie? What’s not to love. But I think “The Fugitive” should have made the list. Definitely before “Air Force One,” though that was an entertaining movie, too. Thanks for the list!

Haha! I’ve been waiting for this comment… I ashamedly haven’t sent The Fugitive. One of those films that’s been on the list, but never checked out. I will definitely take time to watch it soon. Also, glad you share my love for Last Crusade!

Agreed! “The Fugitive” is missing , and I’d put “SW: The New Hope” above “Air Force One” as well – Ford gives that movie so much energy and zest and cheekiness.

Yes! “The New Hope” would not have been nearly as good without him.