I Tried to Find Good Things in ‘Charlie’s Angels’ 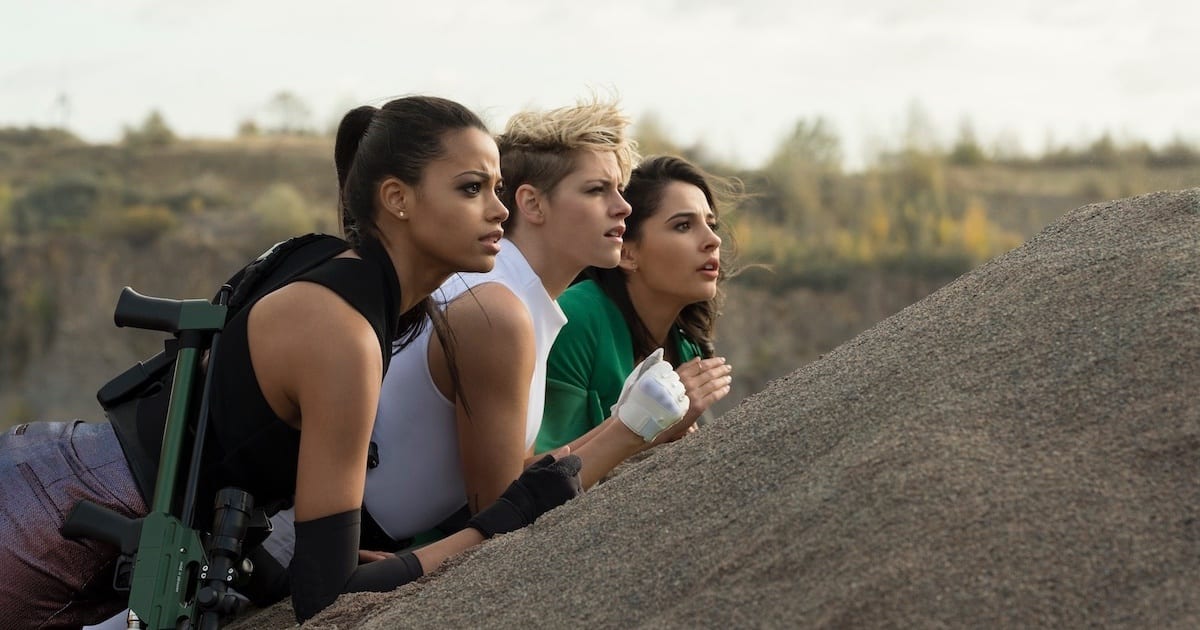 I had no intention of seeing Charlie’s Angels. I’ve never seen a full episode of the original TV show nor have I seen any of the movies. It’s not the type of movie that appeals to me. But something just seemed to pull me in this time around.

The plot wasn’t too complicated: a systems engineer, Elena Houghlin (Naomi Scott), approaches the Angels to report a new clean energy technology that could potentially be weaponized by bad people. The Angels end up dragging her along on their adventures to keep her safe from a threat on her life. However, fellow Angels, Sabina (Kristen Stewart) and Jane (Ella Balinska), protect her and show her a day in the life of an Angel.

Of course, it was still a pretty bad movie. The dialogue was cringy and Kristen Stewart’s portrayal as the edgy yet deadly assassin was mediocre at best. But something about Charlie’s Angels really spoke to me, so I wanted to break down just a few of the things it did well. Mostly, I just want to write a semi-positive review in the swirl of negative reviews that continuously roll out from film critics. We don’t need any more of that negative energy.

In action movies with male leads, the strong male character doesn’t normally take time after the battle to patch himself up or show emotion. If he does show emotion, it’s usually not with another male character and it’s usually not too touchy-feely. Charlie’s Angels isn’t like that. The three main Angels, Sabina, Jane, and Elena, are not afraid to show their emotions.

One scene that particularly stood out to me is when the three Angels ride a boat home from a mission. Bosley (their unit leader of sorts, played by Elizabeth Banks) has just supposedly betrayed them and Elena has been knocked out. Despite only knowing each other for a few days at most, they all sit on the bench and lay their heads on each other’s shoulders. Something about that level of tenderness spoke to me and I enjoyed seeing it in an action movie. I hope future mainstream action movies — male- or female-led — incorporate this into their films. It was a wholesome moment. 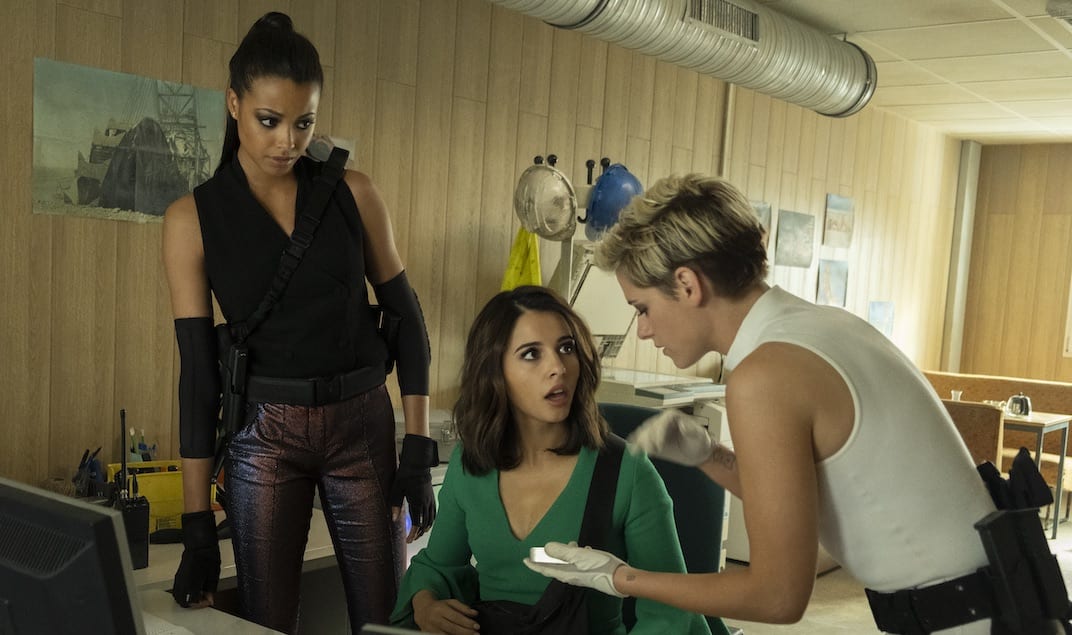 No Dancing Around Issues

Have you ever had to scream at an action movie because the main characters just aren’t doing what you want them to? Charlie’s Angels senses that and actually does what you’re thinking. I was frustrated a few times, but there were moments that sweetly made up for them.

For example, there’s a moment when an assassin has just killed the previous Bosley (Djimon Hounsou) and Sabina has a chance to kill him but never pulls the trigger; that part really triggered (pun intended) me. But, later, John Bosley (Patrick Stewart) is finally caught by the Angels after betraying them. Instead of allowing him to monologue, Sabina straight up punches him in the face. It was satisfying.

There were many instances like that throughout the movie. Elena gets to follow the Angels on their operation instead of having Bosley hem and haw about her inexperience. There is no question about whether or not Sabina and Jane want revenge on the assassin and they openly talk about being the one to get him. Even the way in which the silent assassin is eventually killed — an ice sculpture right through the chest — really doesn’t beat around the bush. Charlie’s Angels was deeply satisfying in this way.

I Guess Feminism is Good

I’ll admit I’m not much of a feminist. I’ll leave my personal opinions out of this as much as I can, but I just feel like films with a feminist agenda tend to push it in your face a little too much. Charlie’s Angels did that and then some, but it also taught more than just feminism, which I thought was a good move.

One of the other concepts it taught was consent. The Angels have a chef/doctor/jack-of-all-trades nicknamed Saint (Luis Gerardo Méndez) who approaches Elena and, noticing her back is sore, offers to massage it, but only with her consent. It was a small moment, but I could tell Director Elizabeth Banks had it put there on purpose to emphasize a point in the midst of the #MeToo movement.

Additionally, the whole idea of female friendships and closeness was a beautiful concept to include. I mentioned it before, but it was something that just really stuck out to me about this movie. The tenderness in this movie sets it apart from other action films and it almost makes it soothing to watch.

There were moments I hated, like the beginning with the cartoony male who insists that women can only have certain jobs or the over-the-top misogynist executive who demeans Elena. But I can overlook those moments in favor of the more subtle values that Charlie’s Angels tried to showcase.

I liked that the villain had horrible teeth (Nat Faxon) because then I could just sit and make fun of his teeth the whole time. And I could do so without feeling bad because he was a villain. Elizabeth Banks really understands me.

Thank you for reading! What are your thoughts on Charlie’s Angels? Comment down below!

[…] new movie, Call Jane, is set in Chicago in 1968 and based on a true story. Joy (Elizabeth Banks) is a traditional housewife. Happily married to Will (Chris Messina), she has a teenage daughter […]

[…] is not all bad. As a standalone film, it’s decent. Juxtaposed to its predecessor, this movie could have been worse. But ultimately, it is one of those movies someone might tune in to on a slow weekend afternoon […]