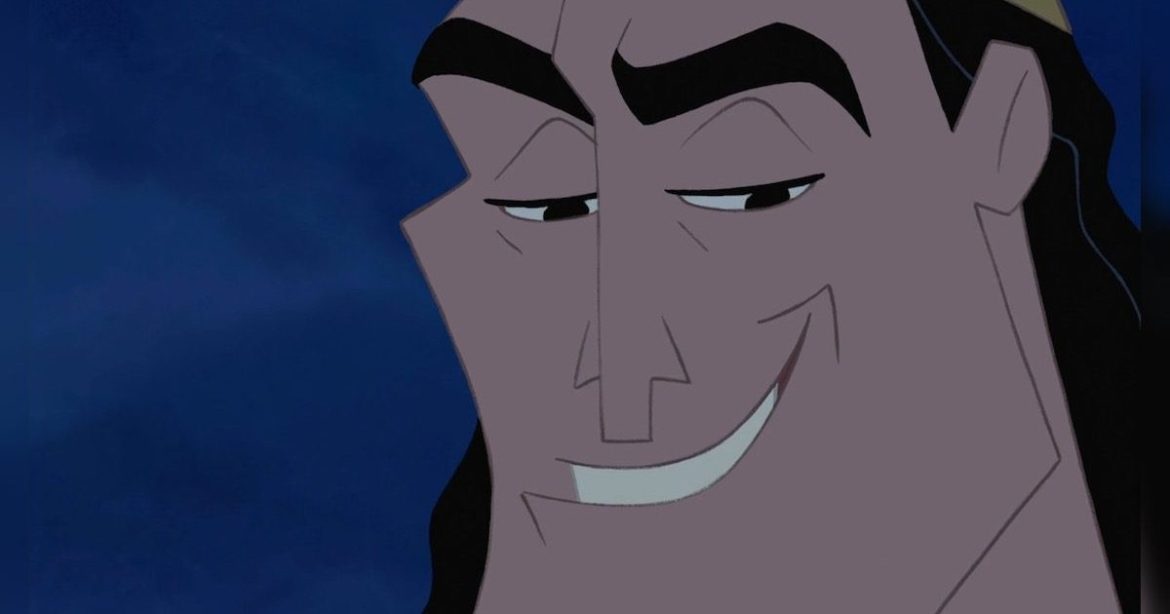 The Emperor’s New Groove turned 20 years old this week and, despite my inability to accurately spell “Emperor” on the first try, it remains one of the warmest, most charming films in my memory.

Starring David Spade (yes, that David Spade) as Kuzco, the spoiled Emperor of a vaguely pre-Incan Peruvian civilization, and John Goodman as the goodhearted Pacha, it traces their journey to return Kuzco to his human form. Why is he NOT human you ask? Well, that’s a good question for the real show-stealing duo; Kronk and Yzma.

Portrayed excellently by Patrick Warburton and (the late, great) Eartha Kitt respectively, this odd couple pair of heartless ancient adviser to the Emperor and her ultra-buff himbo assistant crackle every frame they’re in. They’re the duo that launched a million memes (WRONG LEVER!!!) and have just an endless charm and chemistry to them.

Upon revisiting the film in anticipation for this article, I was most looking forward to how the different bit set pieces and character interactions hold up to age, and what struck me was not how well they did (although, and please do not misunderstand me, they absolutely do) but rather what a truly remarkable thing it is that this film should exist at all.

The Emperor’s New Groove revels in its own absurdity of premise. Whenever the film could choose to do something standard, it chooses to do something ridiculous. I mean, there’s a full scene that takes place in a send-up of a 1960’s New Jersey diner, complete with Kronk inexplicably knowing line-cook speak and flawlessly rolling with the punches that our under-appreciated food service working class deal with on a daily basis.

It has no interest in telling a story, so much as it wants dearly to relish lovingly in the wackiness it can serve up at any point, and this may be somewhat related to the infamous production issues. It holds its roots in the never-made Kingdom of the Sun (in which Yzma desires to kill the god of the sun and become young and beautiful forever), but after the original director, Roger Allers, departed the project, everyone in charge decided to leave the original, far more sinister plot behind in favor of a film that doesn’t take itself seriously at all, and for my money, they succeeded.

By all accounts, this was one of the most entertaining sets to work on in the history of Disney, with too many in-jokes to count. Here’s my favorite one though: in the scene where Kronk is trying to sneak through the city and is poorly singing a sneaky tune to himself, despite being plainly visible for all to see, Patrick Warburton was originally humming the Mission: Impossible theme onset. They weren’t going to use it in the final cut, until they realized that Warburton was so bad at humming that the tune bears no resemblance to the actual theme, and thus they were legally free to use his humming.

Ultimately, it underperformed at the box office, signaling to Michael Eisner that 2D animation was dying, and the true legacy of The Emperor’s New Groove may be its status as another nail in the coffin of the traditionally animated Disney film. But then again, Eisner is famously the learner of wrong lessons, and for the rest of us, this film’s legacy is that of charming characters brought to life with nothing but love, flashy coloring, and a wink to the camera.

(Elephant in the room: this is a movie about a non-white culture made, predominantly, by white filmmakers. This is something that never ages well about this era of film, perhaps more so than earlier eras, because most of the people who worked on this film are still employed today. For Christ’s sake, I feel like I have to say this again, DAVID SPADE plays a pre-colonial South American prince. It’s ridiculous, and we should expect more.)

Thanks for reading! What are your thoughts on The Emperor’s New Groove? Comment down below!

Love the humour in the Emperor’s New Groove, never fails to make my family laugh