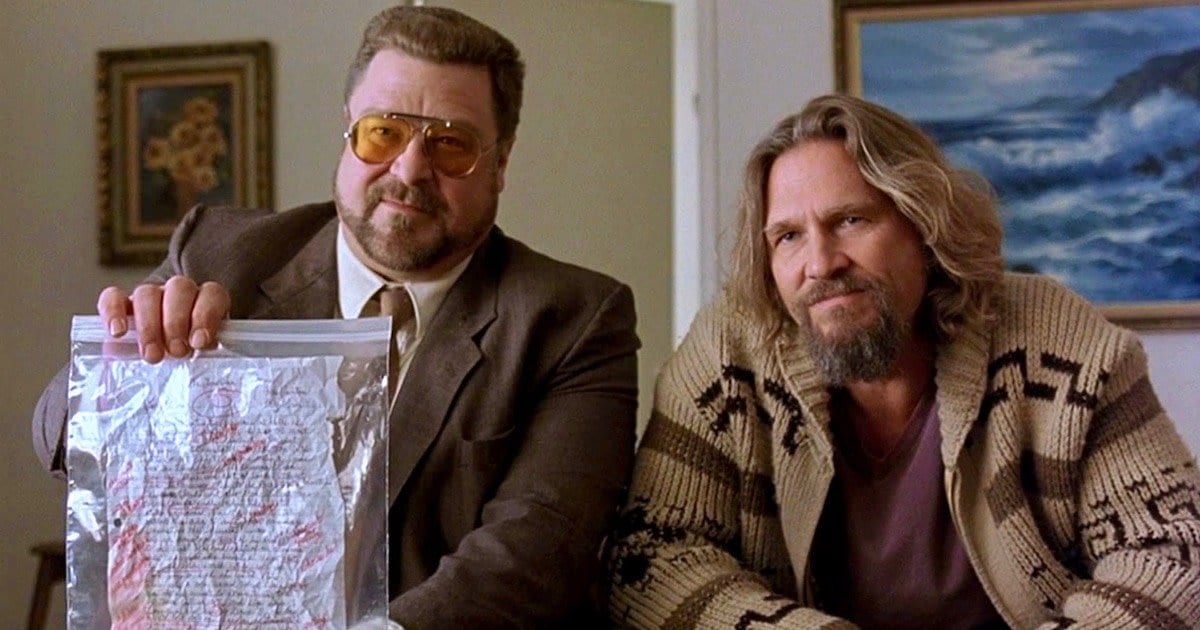 July marked the 20th anniversary of the release of Saving Private Ryan, Steven Spielberg’s World War II Opus. This movie holds a special significance for me because the beach where the opening D-Day landings were filmed is my local beach — I live twelve miles from it! They started filming in June 1997 and it took two months to complete the scenes. I remember watching them from further up the beach, it was all very surreal. Obviously, it went on to become the biggest movie of 1998.

In general, there was a lot of good movies that year. Here is a list of ten of my favorites, not ranked in any order. The only criterion being that they are movies I would still watch if I came across them on TV (because what other metric could you possibly measure them by?). Don’t worry, there are no spoilers.

A movie which has claimed cult status. Written and directed by the Cohen brothers, it stars Jeff Bridges as “The Dude,” a pot smoking, hard-drinking hippie who gets caught up in a case of mistaken identity. Great supporting performances from John Goodman and Julianne Moore.

Life is stranger than fiction. Jim Carrey stars as Truman Burbank a man whose whole life is one big TV show. Truman is oblivious to the fact until one day……It was directed by Australian Peter Weir whose other credits include Dead Poets Society and Witness. A movie that saw the future.

Enemy of the State

Another movie which foresaw the future. Will Smith plays a lawyer accused of a murder he didn’t commit. He is being chased by the corrupt head of the NSA, played by Jon Voight, who uses all the agency’s powers to try to catch him. He forms an alliance with a mysterious former agent played by the brilliant Gene Hackman.

There’s Something about Mary

A laugh out loud movie from start to finish, be it Ben Stiller’s zipper trouble to Cameron Diaz’s “hair gel”. The movie never lets up with great performances from Stiller, Diaz, Matt Dillon and Lee Evans. Produced and directed by the Farrelly brothers who had also brought us Dumb and Dumber.

After winning the Oscar for his role in The Fugitive, Tommy Lee Jones reprised his character U.S Marshal Sam Gerard in this cracking action thriller. On the trail of another innocent convict, Wesley Snipes, he unearths a conspiracy. The movie was directed by Stuart Baird who went on to direct two of the best James Bond films, Casino Royale and Skyfall.

I have to say that I am not a big fan of Nicolas Cage, but this movie is a riveting thriller. Cage stars as slimy Atlantic City cop who is attending a World heavyweight fight in one of the city’s large casinos. An assassination takes place during the fight and he finds himself in the middle of a conspiracy. Directed by Brian De Palma who brought us classics such as Scarface (1983) and Dressed to Kill (1980).

A German movie which brought Franka Potente (The Bourne Identity, Supremacy) to our attention. She plays Lola who has 20 minutes to raise a large amount of money to save her boyfriend. On the way to the bank we are shown three alternative scenarios not all of which end well. A very unique movie. 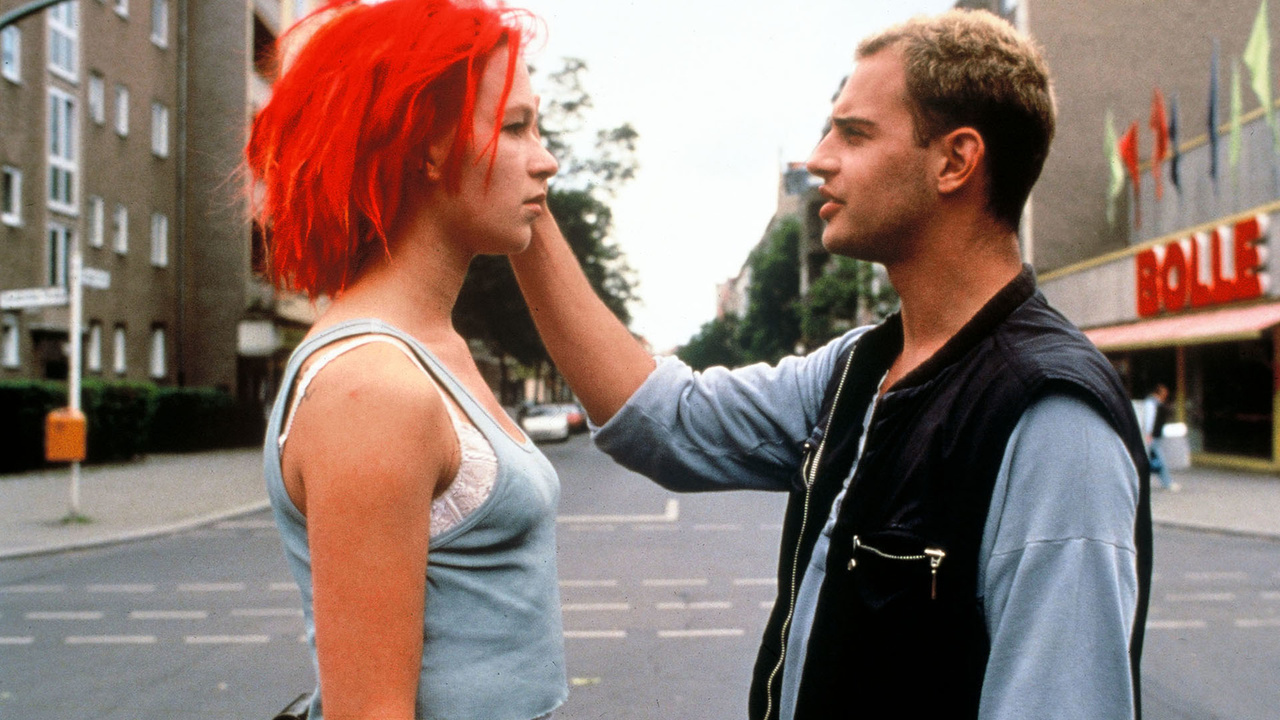 A different take on the buddy-buddy movie. It stars Chris Tucker and Jackie Chan as the wise cracking unlikely duo who are brought together to investigate the kidnapping of the Chinese counselor’s daughter. It was successful enough to spawn two sequels, all of which were directed by Brett Ratner.

F. Gary Gray (Straight Outta Compton) was only twenty-eight when he directed this powerful thriller. It stars Samuel L. Jackson as a hostage negotiator who is framed for something he didn’t do. He takes extreme measures to prove his innocence with the help of a fellow negotiator.

A supernatural thriller starring Denzel Washington as a cop who has witnessed the execution of a serial killer that he had snared only to find a copycat killer is on the loose, only this is no ordinary copycat.

I am not a supernatural movie fan but this film is brilliant, even though it scared the living daylights out of me. It co-stars John Goodman and Donald Sutherland. 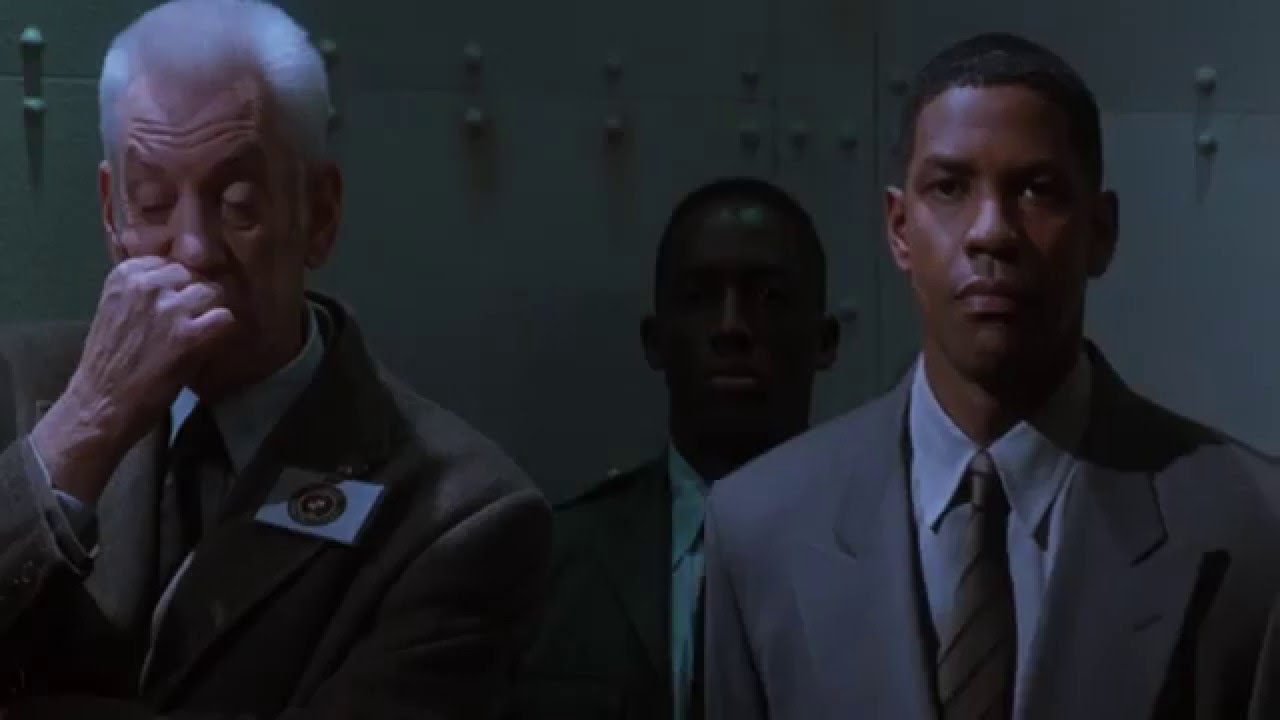 1998 was not without its turkeys. The biggest one for me being Armageddon starring Bruce Willis and Ben Affleck. I remember after watching it, thinking “well, that’s a couple of hours I will never get back.” The Gus Van Sant remake of Alfred Hitchcock’s Psycho also deserves a mention. One question: WHY?!

Thank you for reading! What are you thoughts on the best movies of 1998? Comment down below!

[…] that David Spade) as Kuzco, the spoiled Emperor of a vaguely pre-Incan Peruvian civilization, and John Goodman as the goodhearted Pacha, it traces their journey to return Kuzco to his human form. Why is he NOT […]

“Fallen” is a great film.

I’d actually forgotten about Enemy of the State, but I love that movie! Great year for film honestly

Wow, that was a great year. Big Lebowski, Fallen, Truman Show… Some of my favorite films. Thanks for the trip down memory lane

Sorry, I meant in your US Marshalls write-up.

My mistake I meant to say that he was the Film Editor on the two Bond Movies. Well Spotted!!

No worries. It was an interesting read. 👍🏻

I love absolutely everything on your list—The Big Lebowski!! YES! One of my most favorite characters and Jeff Bridges played it so well. The Negotiator! Excellent, I’m not going to list every one of them. To be honest the only one I can’t comment on is “Run, Lola, Run” Never seen it. I suppose that I have to now. Thank you, fun reviews :-)

Glad you liked it and thanks for the feedback. There will be more trips down memory lane in the future.

Those are some really interesting choices.