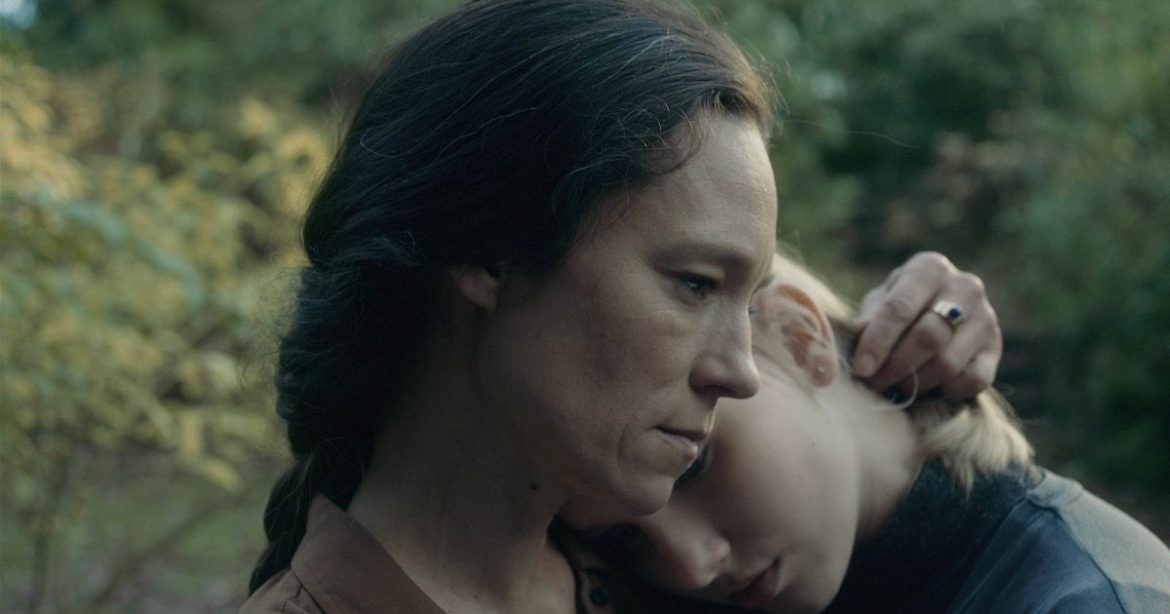 Human Factors begins on a rather ominous note: the camera slowly makes its way around the downstairs of Nina and Jan’s (Sabine Timoteo and Mark Waschke) vacation home as they and their kids, Max and Emma (Wanja Valentin Kube and Jule Hermann) settle themselves. At first, we only hear the family outside as the camera creeps through the different rooms acting as an undetected malevolent force surveying the home. It’s an immediate sense of foreboding in an idyllic setting we know is on the brink of collapsing.

That decline begins quickly too. Nina and Jan brought the family out to their vacation house to get away from it all, yet almost immediately, Nina believes she sees burglars running through the house. But she’s the only one claiming to have seen them: Max and Emma were in separate rooms at that very moment while Jan was walking back from the market and could only hear a few crashes and bangs from the driveway outside. Just like that, what was supposed to be a place of harmony is upended.

Writer/director Ronny Trocker uses this thriller-y setup nicely for the family drama that comes in the aftermath. I would most definitely categorize Human Factors as a drama, but its thriller aspects continue to lurk around the edges of the frame to create a decidedly uneasy watching experience. The house itself was a distraction from the family facing their problems, and now that all romanticism surrounding it is gone, they must face the issues they were hiding from each other all along.

Nina and Jan work together at their own advertising agency, and Jan is nervous about bringing a provocative right-wing political party on as a new client. He’s ready to pull the trigger, but he knows Nina won’t be too happy and has been keeping negotiations from her. The differences between his conservative-leaning worldview and her more progressive-leaning perspective subtly grow and grow as the decision to bring on the party looms over both of them. Meanwhile, Max and Emma can feel the coldness in their parents almost immediately, causing them to lash out and retreat inward. Emma skips school and goes to parties, while Max plays with his pet rat and mostly stays to himself.

Trocker swiftly shifts perspectives to each of the family members during the rest of the film. Whether or not there were actually burglars is the question at the top of each of their minds throughout, and while there’s a reveal or two later on that explain what happened (which also hold the film’s weaker moments), Human Factors is at its best when focusing on the lack of trust Nina, Jan, Max, and Emma have for each other, even if it’s slightly unwieldy at times. How Trocker plays with each character’s perception of the home invasion and, more generally, the other family members is what makes Human Factors so beguiling.

Thank you for reading! What are your thoughts on Human Factors? Comment down below!

[…] go? But the most important question should be, is it worth it? That is exactly what my first ever Sundance Film Festival movie, One for the Road, examines. At what cost does your closure come for the person you […]