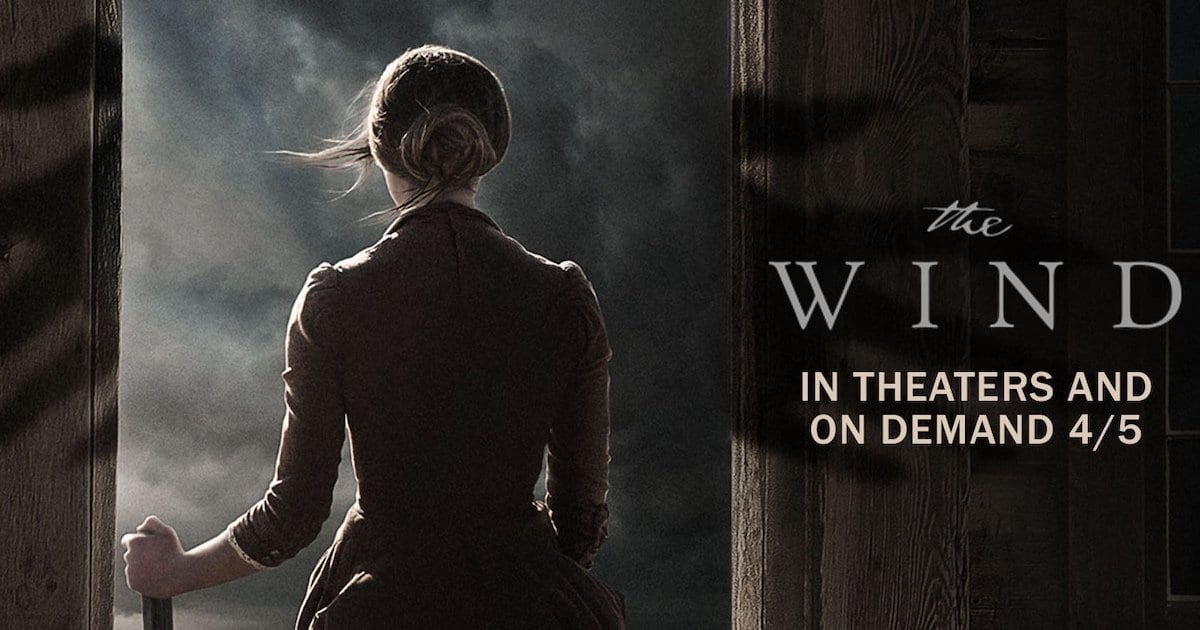 If you’re like most people, you have probably seen or are looking forward in seeing Shazam!, the heartwarming superhero romp that is delighting both young and old and putting DC on a necessary redemptive streak. If the upcoming The Joker is as good as the teaser, then DC might actually beat Marvel this year when it comes to accumulating critical praise.

My girlfriend really wanted to see it. But I didn’t — because I don’t like to have fun apparently.

I instead wanted to see The Wind, a hopelessly depressing, gruesome little indie horror film. You know you’re in for a “fun” ride, if the film opens with a woman draped in blood, holding the wrapped-up corpse of a baby in her arms. Yup, this is going to be a barrel of laughs.

With that being said, The Wind is certainly worth your time. That is unless you actually want to enjoy yourself — in that case watch Shazam! instead.

Lizzy (Caitlin Gerard) and her husband, Isaac Macklin (Ashley Zukerman), live in a desolated spot of land, somewhere in the 19th century American frontier. The film’s harrowing opening shows Lizzy, draped in blood, holding the wrapped-up body of a newly-born baby. Two bodies are buried soon after, that of the baby and his mother, Emma Harper (Julia Goldani Telles), who seems to have died via a self-inflicted gunshot wound.

The story moves back and forth to the past and present. In the past we see how Emma and her meek husband, Gideon (Dylan McTee), become neighbors to the Macklin’s. Both Gideon and Emma are seemingly ill-prepared to frontiers life, and both Lizzy and Isaac are forced to help the young couple with the necessary chores.

In the future we see how Lizzy is left by herself, so that Isaac can help the recently widowed Gideon with accumulating supplies as he plans to leave the frontiers plain. We begin to understand that Lizzy has become acquainted with a malicious apparition roaming the land, an evil force borne from the countless deaths occurring upon its seemingly peaceful land. This demonic force haunts Lizzy in her desolated state, sometimes even appearing as a departed soul.

This demonic presence becomes increasingly aggressive. It’s even able to hurt Lizzy physically. Her husband is unfortunately not very supportive, as he considers her supernatural experiences to be nothing more than silly superstition, or figments of her addled mind.

As these hauntings progress, Lizzy mental state does begin to weaken. And as dark secrets begin to unfold, the past and present will inevitably collide. And the result will certainly be devastating.

As a Horror Film… 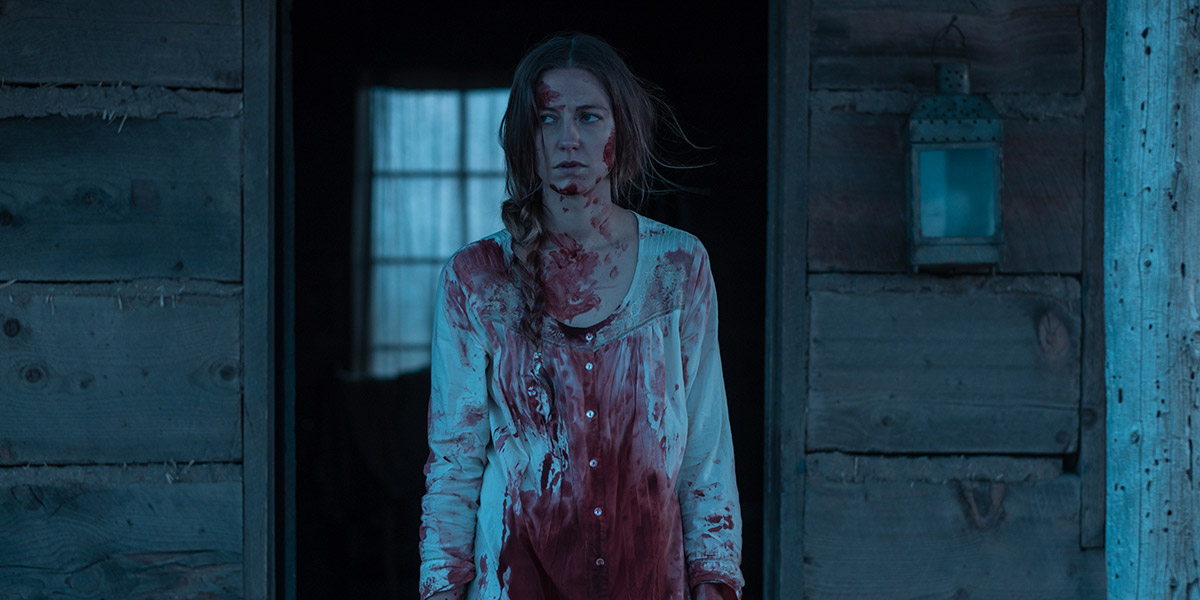 As a horror film, The Wind is focused mostly on atmosphere rather than gore or jump scares. It’s a slow-burn. It wants to creep into your skin rather startle you every few minutes.

The setting, a house somewhere in a desolate frontiers land, is an inspired choice. The characters are isolated. Isolation has been key in numerous great horror films of the past, most notably Stanley Kubrick’s The Shining. Similar to The Shining, the malevolent entity of The Wind may be a figment of a violent past. It might symbolize the countless deaths of natives upon which the American empire was built upon.

Besides the demonic presence, there’s also the perils of nature. Early in the film, we see our heroine being attacked by ravenous wolves — which gives us one decently effective jump scare.

The cinematography by Lyn Moncrief might one of the film’s greatest strength, as he makes the film look both beautiful and sinister. While the film has some luscious nature shots, his use of darkness must not be understated, especially in how it builds scares.

It’s in these night scenes we can see how helpless Lizzy is. She’s trapped in a dark void, clinging to her fireplace or lit candles for light. Once the fire is gone, the demon can strike from any corner.

Besides being a horror film, The Wind is also a western. Besides the supernatural or psychological dread, the film also focuses on hardships of frontiers life. We might not see any Mexican stand-offs or hear any Ennio Morricone music, but the film is definitely a Western.

Best of all, it’s from a woman’s perspective. It shows us the commonplace patriarchy at the time, with women expecting to cook and clean. This is something we don’t see enough in our Westerns. While I’m a sucker for testosterone fueled Westerns, the feminine aspect of the Western era has not been properly displayed on screen.

It might not be a documentary but what hardship we see on screen feels authentic. Nothing is romanticized. There’s no John Wayne sentiment here. On this land, people aren’t just living, they are surviving. 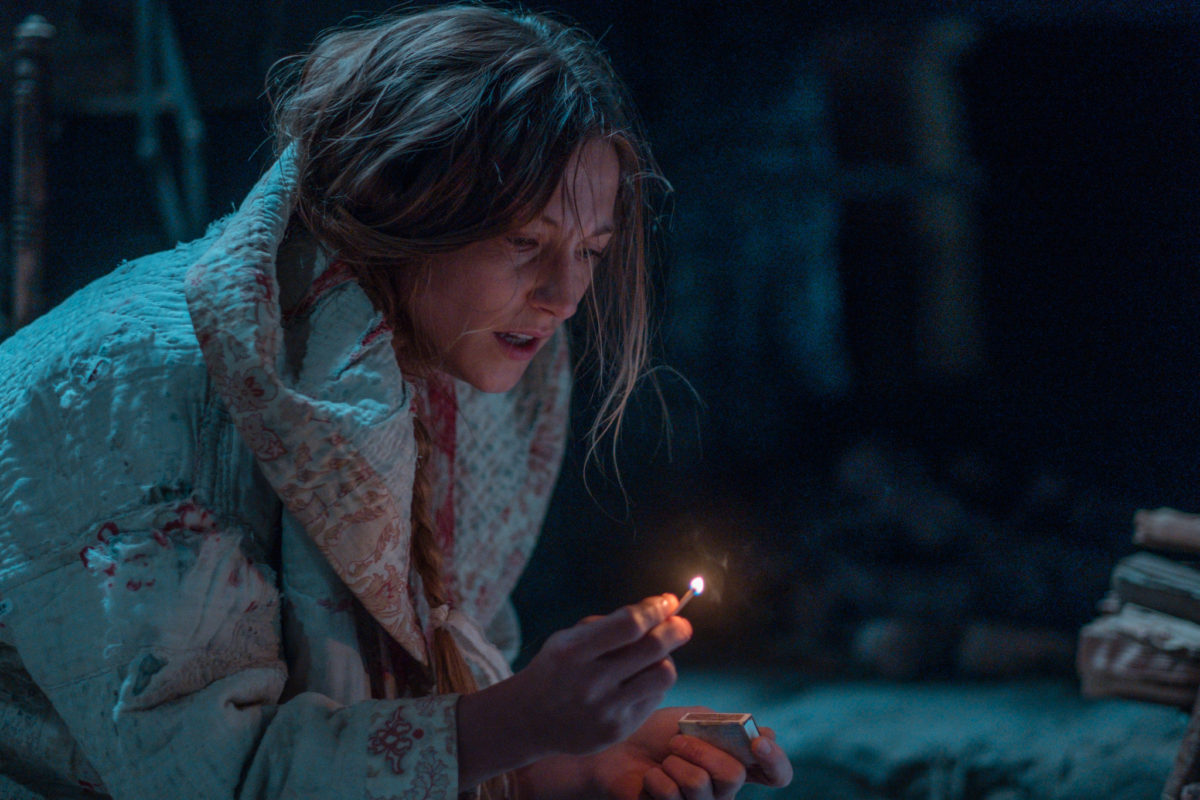 Even if the movie succeeds in fulfilling its genre aesthetics, the ultimate narrative lives and breathes on its human performers. If you don’t care or believe the characters on screen, the product will feel meaningless. The Wind has a small cast of characters with only five characters to really speak of. Each one is well cast but it’s Caitlin Gerard who carries the whole film.

Caitlin is on screen in every scene of the movie. It’s her character’s journey and descent into madness. For half the film, we are with in her solitary moments: cooking, cleaning, perusing and running away from a dark spirit.

It’s a humongous task but Caitlin does a magnificent job. She plays the character as a strong independent woman, but not invincible. We see a character that’s both running from a malicious ghost and from dark secrets within. At the same time, it’s also a character that experienced great loss, something she can’t seem to share with her introverted husband.

There’s more to say but would meaning spoiling the eventual climax. Needless to say, even if the final scenes didn’t completely satisfy me, her performance remained impressive throughout.

So what’s the problem exactly? Well it’s hard to pick it out. One part is that despite the original premise and the intriguing setting, the film doesn’t offer much new. The scares are effective yet lack imagination. A sudden apparition, creeping noises and grotesque howl. All of this works but there’s nothing on screen that really sticks with you.

Then there’s a few story reveals during the course of the film. These twists elevate the story but also make it feel more generic. It works because of Gerard’s performance yet it lacks a deeper psychological resonance. It’s also, admittedly, a little predictable. The climax feels closer to a whimper than a bang.

Don’t get me wrong, this is still a worthwhile watch. It doesn’t opt for cheap scares and it’s so much better than your generic, commercial horror film. It’s ambition should be lauded, even if it doesn’t entirely fulfill its promise.

The Wind is a horror film that probably won’t satisfy horror geeks who are looking for constant thrills. But if you’re interested in a slow-burn horror movie with an intriguing premise, this is a film you should watch right now.

Even non-horror geeks should give it a try, especially in respect to Caitlin Gerard’s incredible central performance. There’s also plenty of wonderful and sometimes creepy visuals to delight and frighten you.

That being said, the ride itself is better than its eventual destination. If the destination had been more memorable, if the twists were more compelling (and less obvious), this could have been something very special. Even so, give little movies like this a chance. 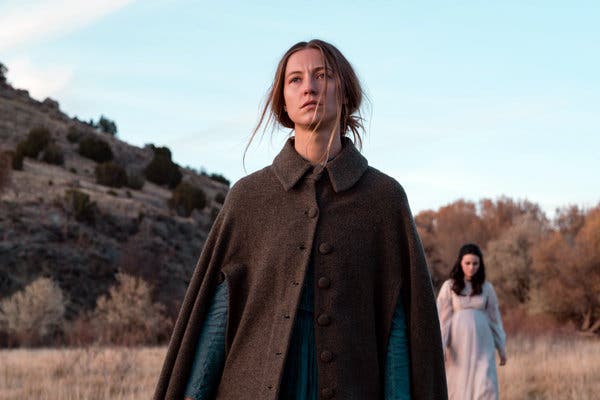 Thank you for reading! What are you thoughts on The Wind? Comment down below!

[…] by this supernatural being, but when he investigates the matter, he soon realizes Sator is a malevolent creature. A being that wants to possess his entire […]

[…] hear the family outside as the camera creeps through the different rooms acting as an undetected malevolent force surveying the home. It’s an immediate sense of foreboding in an idyllic setting we know is on […]

Since I’m among the few remaining ones who don’t care about cinecomics at all, you got me hyped for this little indie horror movie! Thanks!

I’ll give it a watch. I like the slow burn.

Hahahaha I would think that this definitely isn’t your kind of movie! :)

’47 Meters Down: Uncaged’ Is A Needless Sequel