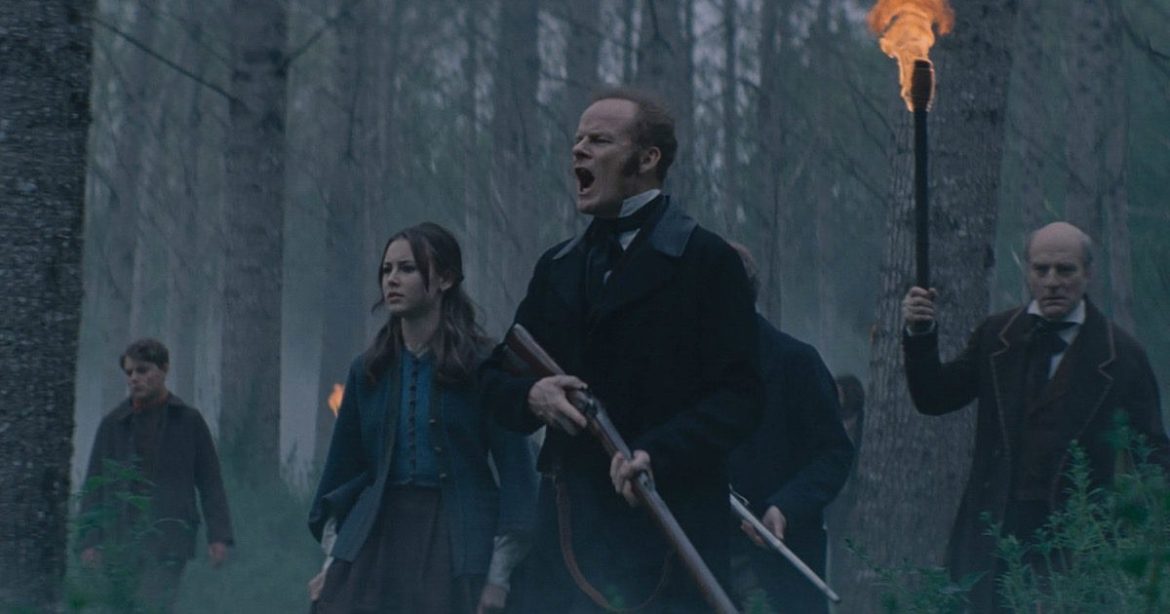 I should be straight up at the top of this review and say that horror is my favorite genre; I have always really loved werewolf films, I’m a sucker for gothic horror (Crimson Peak is one of the most underrated films of the 2010s), and I love me some practical gore effects. So there was really no world in which I wasn’t going to love Eight for Silver, Sean Ellis’s latest film that checks all the boxes of everything I just listed in a big way.

The film follows John McBride (Boyd Holbrook), a pathologist in the 1800s who arrives in a town to investigate the death of a villager from an apparent “animal attack”. However, McBride slowly begins to realize that there are more sinister forces at play.

I want to start by saying I wish I could have watched this film in a theater for multiple reasons. This is a gorgeous film and I don’t know what the budget was, but whatever it was, all that money is on the screen. There are some incredible sequences in Eight for Silver, and a lot of that comes from the high production quality. There are some truly impressive scenes featuring many extras that made this film feel big. I also know that (what I am assuming is a) mid-budget horror films are few and far in between in modern times, so seeing it in a theater would have been truly special.

What sets this film apart is its original take on the werewolf mythos. It is unlike any werewolf film that has come before it, and I give it huge props for that. There are some genuinely frightening, gruesome, and disturbing scenes in this film and I loved some of the places it went and some of the ideas that it had to make this material feel fresh. A huge factor in this is the choice to have a lot of the gore effects be practical. There are a couple of sequences in here that feature some nauseatingly effective practical effects that are some of the best I have seen in recent horror films.

I do have a few minor gripes, some that involve spoilers, but perhaps my biggest is that some of the CGI effects aren’t the greatest I’ve ever seen. However, I am going to be pretty forgiving on this front due to the fact that I loved how original the creature design in this film felt. I will always compliment a filmmaker trying something new.

Overall, I loved Eight for Silver and thought it offered a frightening, thrilling, and surprisingly timely (especially in the age of the COVID-19 pandemic) take on a mythos that has been around almost as long as film itself. Whenever this one hits theaters, streaming, and/or VOD, I highly recommend checking it out if you are a fan of the horror genre.

Thank you for reading! What are your thoughts on Eight for Silver? Comment down below!

[…] “There are a couple of sequences in here that feature some nauseatingly effective practical effects that are some of the best I have seen in recent horror films. I do have a few minor gripes, some that involve spoilers, but perhaps my biggest is that some of the CGI effects aren’t the greatest I’ve ever seen. However, I am going to be pretty forgiving on this front due to the fact that I loved how original the creature design in this film felt.” Movie Babble […]

[…] not only in the literary arts, but also in how all writers — not just those operating in the gothic horror genre —  approach crafting […]