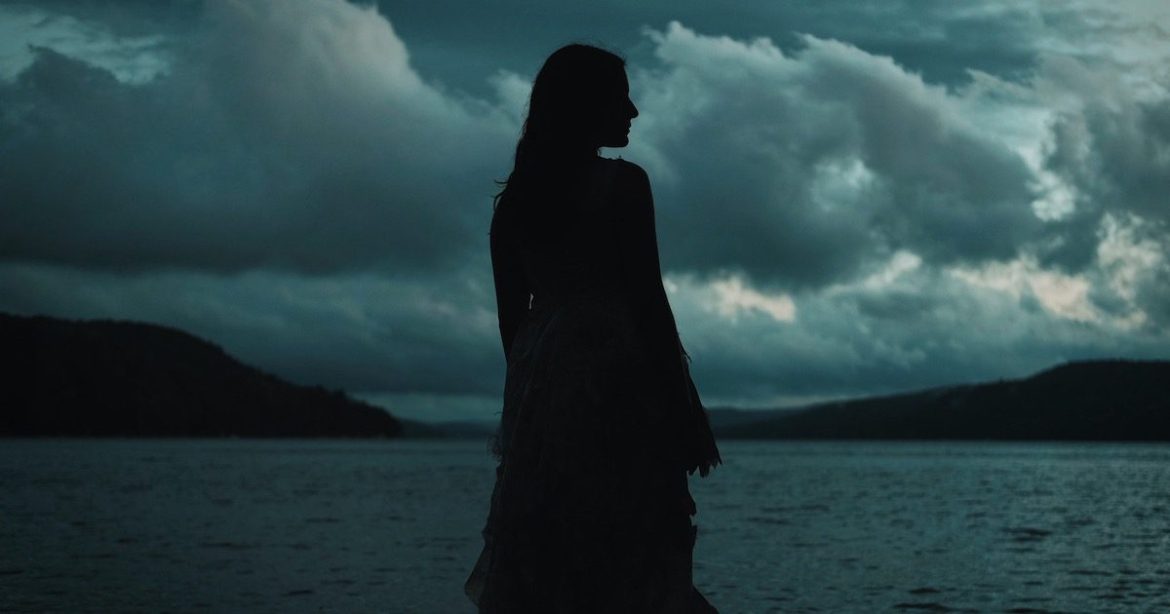 I hold Mary Shelley essentially to deity status. I consider Mary Shelley’s Frankenstein in contention for the best novel ever written. The word “genius” is sometimes overused, but I genuinely cannot think of any other word to describe Mary Shelley and her macabre masterpiece that hopefully one day, will have a big-screen adaptation that honors and lives up to the beautiful horror of the novel. (Guillermo del Toro has said that he would be interested in adapting Frankenstein as it is his favorite novel of all time, and I personally cannot think of a better fit for the material). A Nightmare Wakes is the latest attempt to portray Mary Shelley and her life surrounding her time writing the novel and, on that level, I found this film to be a complete disappointment.

In college, I took a class that was a Survey of English Literature. In it, we learned about Mary Shelley, and she was by far the writer who I was most interested in, not only for her brilliant writing abilities, but also for being a widely progressive trailblazer. She remains an indelible female voice in literature to this day; similarly, Frankenstein still holds a massive amount of influence, not only in the literary arts, but also in how all writers — not just those operating in the gothic horror genre —  approach crafting characters.

In this class, I also learned that Percy Shelley was an absolute asshole, and by all accounts was far less talented than Mary Shelley. I don’t really have anything good to say about him beyond the fact that he married a woman who had incredible talent and a singular voice (that thankfully has reached far beyond his). All this setup is to say that I was curious to see A Nightmare Wakes as a fan of Mary Shelley and someone who appreciates biopics that have an interesting twist on their subjects.

To start with the good, the lead performance by Alix Wilton Regan is pretty solid. With the material she has, she does well. There are some intense scenes that I felt she was more than up to the task of undertaking as an actress. I also appreciated how the film didn’t shy away from how toxic and awful of a person Percy Shelley seems to have been. The film is largely about a toxic relationship, and you feel a lot of jealousy coming from the character of Percy Shelley, which I totally buy was likely a factor in their relationship.

Beyond that, A Nightmare Wakes is a mess, largely due to the fact that it speculates wildly on Mary Shelley’s mental health at this time. The film borderline exploits her as a figure and oftentimes is far more interested in cheap and clichéd scares and horror rather than giving her character any level of nuance. The notion that the crazed mental state of this woman that’s portrayed in the film resulted in one of the most important works in the history of literature and a piece of art that informs and inspires horror to this day is problematic, to say the very least. A Nightmare Wakes functions neither as a scary horror film nor as an effective period drama biopic.

Frankly, I genuinely do not know who this film is made for. It’s far too specific to attract people outside of literary nerds who have at least a basic understanding and knowledge of English writers in the 18th and 19th centuries. However, as someone who is part of that group and furthermore, as someone who holds Mary Shelley to the status that I do, I found this film to be grating and borderline offensive. It is a shame too, because there is enough here to have crafted something interesting and different about jealousy and toxic masculinity. As it is, I am afraid I can’t call this film anything less than a total disappointment.

Thank you for reading! What are your thoughts on A Nightmare Wakes? Comment down below!

Thanks for your feedback! We made a few edits to clean up that mistake. Much appreciated!

‘Test Pattern’: The Aftermath of a Crime Is...