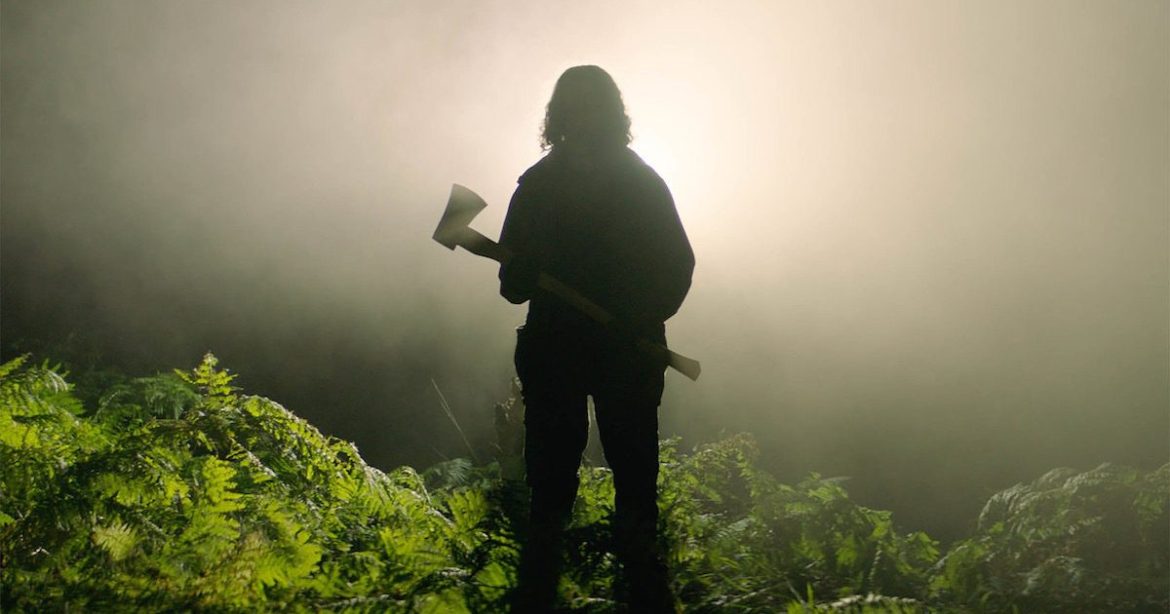 Ben Wheatley’s remake of Rebecca is, uh… something. From the beginning, it felt like an odd pairing. (“You mean to tell me the guy who had Brie Larson, Cillian Murphy, Armie Hammer, Sharlto Copley, and Jack Reynor shoot at each other in a warehouse for 90 minutes in Free Fire is going to remake a restrained Hitchcock classic?”) Every artist deserves to try to something out of their comfort zone — and Wheatley is inventive and fun enough as a director to jump between genres — but in this particular case, it didn’t work. Sometimes it’s necessary to get back to your roots, which is exactly what Wheatley does in his low-budget pandemic horror film, In the Earth.

Wheatley’s latest was one of the first movies back into production last summer after the shutdown lifted in the U.K. Shot in fifteen days, In the Earth embraces its own scrappiness, using its unpolished look and feel as a weapon to heighten its grimey thrills. For most COVID productions so far, a commonality has been that they’re a bit rough around the edges; it’s admirable to see these movies come together given the time constraints and hurdles in producing them, but you leave most of them knowing they could have used more time in the pre-production phase. For the most part, they’re half-baked. But whether it was a conscious choice or not, In the Earth operates as if it knows its internal logic isn’t fully developed, allowing itself instead to devolve into a frenzied, nonsensical freakout that will make you think twice about going outside.

Martin (Joel Fry) meets up with fellow scientist Alma (Ellora Torchia) at a remote lodge at the edge of a forest before embarking on a trip to reconnect with Olivia, a scientist (and Martin’s mentor) studying the connection between the root system in the forest and the fungus intertwined with it. They haven’t heard from Olivia in months, but oddly, no one seems too concerned by it. A similar distant feeling many have been feeling since last March, I’m sure.

Before they embark on their two-day hike to Olivia in the forest, Martin notices an odd pagan drawing on the wall. (Question: who puts eerie pagan artwork on their wall as a decorative piece???) Alma replies the name of the being is Parnag Fegg, but that it’s just a local folktale told to keep local kids from sneaking out at night.

Before you even begin to think In the Earth is going to turn into one of those horror movies where nothing happens as characters idly walk through the woods until a few scares in the third act, things IMMEDIATELY begin to go wrong. Alma and Martin notice an abandoned tent in the woods, and that very night while sleeping, they’re inexplicably pummeled and thrown down the side of the hill. And before you can recover from that, they meet a scraggly, oddly charming man living in the forest who drugs them and uses their bodies in his sadistic pagan rituals. Oh, and Martin has a very large gash on his foot that Wheatley loves to inflict pain on time and time again.

After a dizzying sequence involving a ton of strobe lights, In the Earth only gets wilder. The nods to folklore don’t connect very well to the psychedelic visuals that take over later on, but the clash of the two makes for an effective sense of whiplash. The filmmaking itself breaks down with scenes switching back and forth between different quality cameras. The occasional seconds-long black frame blips in to make scene transitions even more jarring. Everything is unraveling, including the characters; they’re not strongly defined, but their descent into madness is still unnerving.

In the Earth is relentlessly messy, but in man ways, it’s a pure distillation of the irrational fears we’ve developed in a COVID world. I’d get weird in the woods with Ben Wheatley any day.

Thank you for reading! What are your thoughts on In the Earth? Comment down below!

The Cinerama Dome Shutters Its Doors and the...