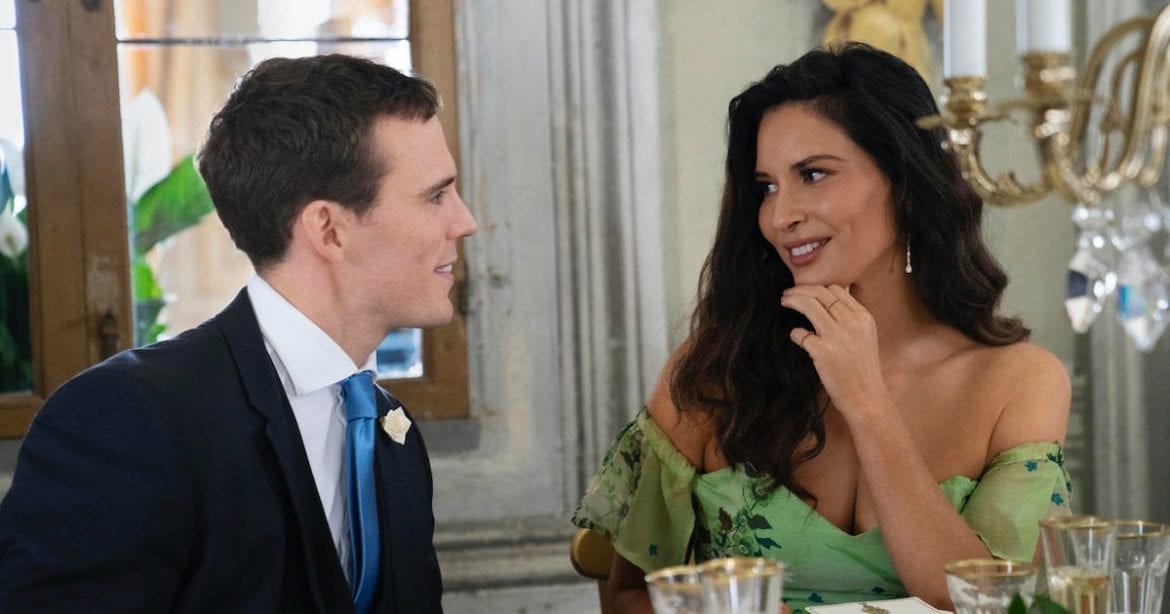 Romcoms generally exist in a world unlike ours. That’s to be expected, people like a bit of escapism. There’s nothing wrong with that. Especially at the moment, 90 minutes in a world of charming, attractive, funny people sounds an ideal break. Love, Wedding. Repeat completely distracted me from the outside world. All bad news was driven from my mind. Sadly, by the thought, “This is the worst film I’ve seen in a long time” I’m a big fan of Aisling Bea. Tim Key is also a tremendous comic actor. Which left my brain spinning a loud cry of Whyyyyyy?! throughout this film. A job is a job, I guess. It’s telling that the only funny parts are where Bea and Key appear to improvise through scenes, mostly in the outtakes after the movie. Because wringing entertainment out of this script would be a hell of a job for any actor.

A Case Of False Advertising

Here’s the official description from Netflix.com for this movie.  “Different versions of the same day unfold as Jack juggles difficult guests, unbridled chaos and potential romance at his sister’s wedding” So this, along with using a play on “Live. Die. Repeat”, the alternate title of Edge Of Tomorrow would suggest that this is “Four Weddings and A Groundhog Day” with replays of the same events with slight changes for comic effect.

Well, the first time the movie changes realities is in the fifty-ninth minute. Of a ninety-five minute movie. And the action that changes things is when Sam Claflin‘s character is asked by his sister (Eleanor Tomlinson), to roofie the drink of a gate crasher. We then see variations on the event with different guests being drugged with a liquid sedative that the bride just happened to have in her handbag. (Feel free to re-read that bit. I can’t believe I typed it either.)

Imagine you were two-thirds of the way through Groundhog Day before Phil Connors heard “I Got You Babe” for the second time. That’s what happens here.

So What Is The Movie?

The viewers don’t get Russian Doll: The Romcom which might have been a fun playground, so what do they get? They get ‘Now That’s What I Call British Romcom Cliches: Volume One’. Every scene, every character, every conceit has been done before. And done better. There’s an early joke with this guy: 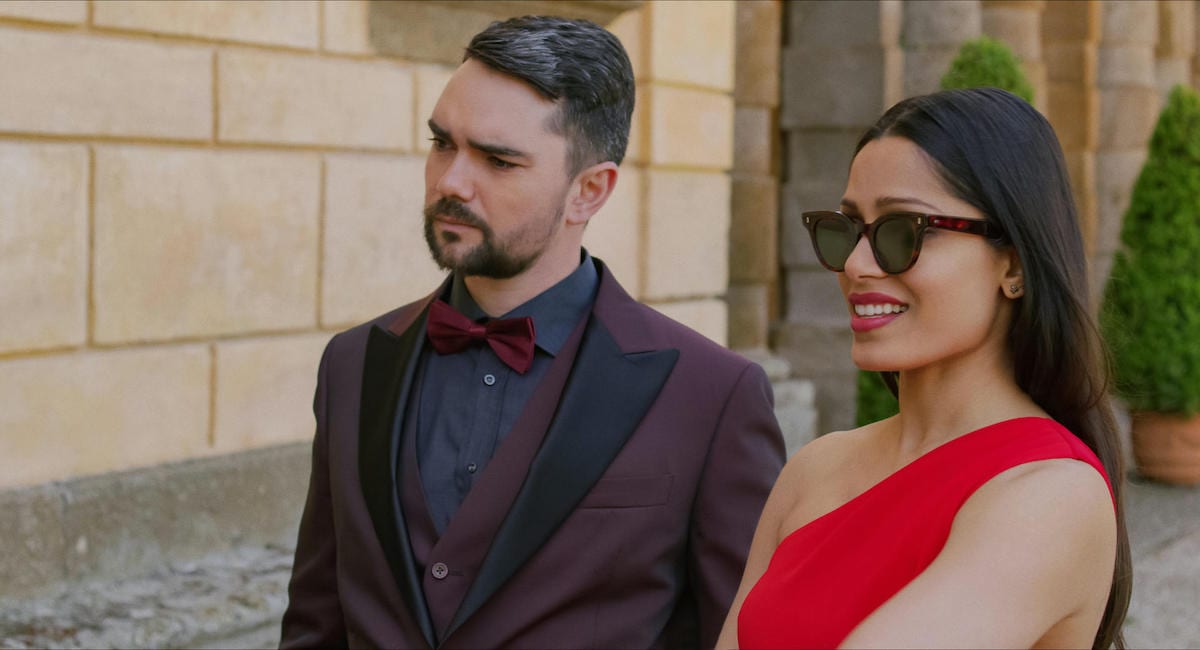 Being described as “Looking like a magician” which is a direct lift of this joke from The IT Crowd:

That’s one of many, many jokes that you’ve seen before. The opening joke in the trailer is “Is this your new boyfriend? I’m so glad you moved on from that Chaz guy” followed by an embarrassed “I’m Chaz” by Chaz himself. I don’t know off the top of my head which movies already used that gag, but I do know, unless you grew up in a kidnapper’s basement, that you’ve seen a version of that exact joke many times over. It’s also a joke that does not work at all in the 21st century. You know the name of your friend’s significant other but you don’t recognize them? You’ve never seen him on her Facebook/Instagram/etc. page? Get outta here.

So Does It Get By On Charm?

Short answer, no. Claflin spends the movie as a store brand Hugh Grant, awkwardly saying the wrong thing or making stutter-filled declarations of love to someone who he barely interacts with before the end. (Side note, how many good romcoms can you think of where the two main characters are brother and sister? If you are the leads in a romantic movie, shouldn’t your relationship be the central romance?)

Every couple that hooks up by the end (and there’s a bunch) spend less than two minutes of screen time interacting before kissing.  I didn’t have a stopwatch, but in the timeline where Tim Key’s character hooks up with a wedding guest, I think she spent roughly 12 seconds in his company before romance occurs. There’s just a rushed sense of “well, I guess everybody should get a happy ending”, seemingly forgetting that a good 70% of the characters are stock types like ‘comically boring insurance salesman’ or ‘unstable cokehead hurricane’.

The workmanlike, by-the-numbers approach even extends to the narration. Delivered by a character credited as “The Oracle”, it’s clearly aiming for the warmth of a Judi Dench type. How do we know this? Because it’s delivered by an actress whose most notable onscreen credit to date is “Judi Dench’s Stand in” in Skyfall. Because she’s Judi Dench’s Personal Assistant. (No, really.) She doesn’t get any jokes either, unless you consider a grandmotherly voice saying “fuck” to be a joke in of itself.

There’s a degree of laziness here that borders on offensive. For people who say “I don’t like romcoms”, Love. Wedding. Repeat is what they’re talking about. As a guy in a rubber monster suit chasing teenagers is to good horror movies, so this dreck is to good romantic comedies. Now, I like good romcoms. This sort of movie is the reason why I feel defensive when I say that to people. Avoid, avoid, avoid.

Thank you for reading! What are your thoughts on Love. Wedding. Repeat? Comment down below!

[…] I found this video on YouTube, containing both trailers, which makes my job easier. In my opinion, the trailer for the first film (1984) gave too much away, including spoiling some of the bigger kills (namely Tina and Glen). The 2010 trailer was more careful in that regard, but was also a bit dull. […]

Too true! We watched this last night. A few laughs, a lot of boring :(