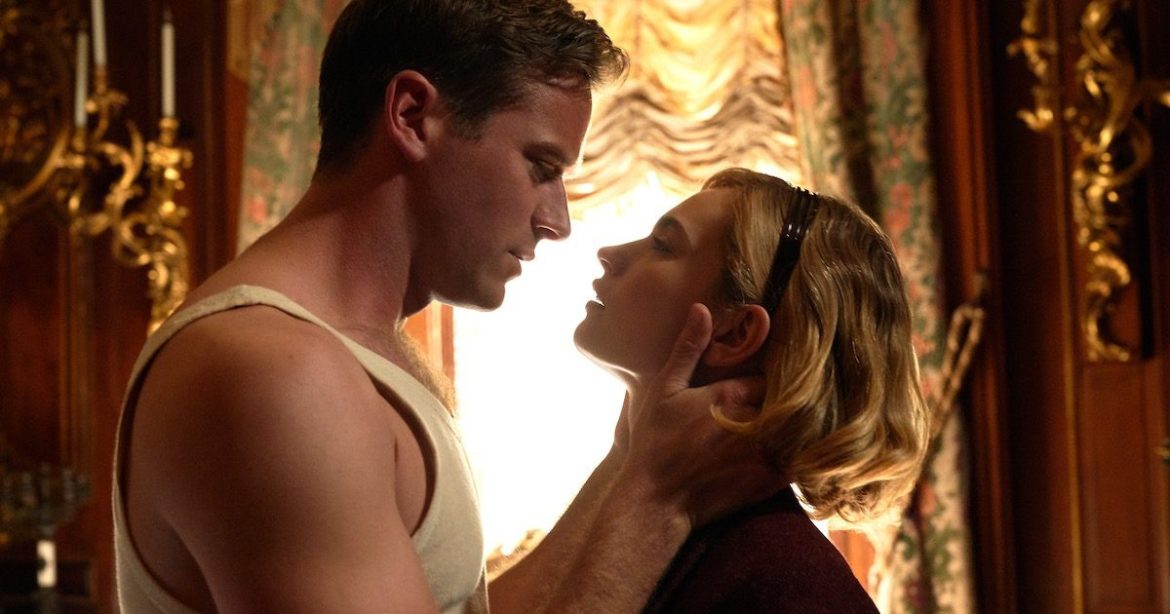 Rebecca is an upcoming British romantic drama film scheduled to be released worldwide on October 21st by Netflix. The film is directed by Ben Wheatley and stars the likes of Lily James, Armie Hammer, Kristin Scott Thomas, Tom Goodman-Hill, Keeley Hawes, Sam Riley, and Ann Dowd. The film is based on the 1938 gothic novel of the same name by Daphne du Maurier, and was first released as a movie two years later when Alfred Hitchcock adapted it in 1940.

The storyline, for those who haven’t seen the original, follows a newly married woman, Mrs. de Winter (Lily James) who finds herself battling the “shadow” of her husband’s dead wife, Rebecca, who still seems to linger in the family estate on the English coast.

A few days ago, I had the pleasure of watching Hitchcock’s 1940 adaptation for the first time in anticipation of watching this remake, and I adored what Hitchcock achieved. The black and white cinematography pairs perfectly with the film’s gothic aesthetic, creating a strong, brooding atmosphere and sensation of evil that is always just underneath the surface, waiting to bubble over.

Straight from the get-go, it’s obvious 2020’s Rebecca is clearly a beautiful shot, well-acted film. Shot right next to the part of England in which I live, the countryside holds a sense of awe and beauty throughout as it captures the eye with every passing scene. Ben Wheatley’s attempt at capturing 1930’s England is a gorgeous one as he utilizes the landscape perfectly, using every shot to display the splendid color scheme that contrasts the ever-growing tension circling the characters. 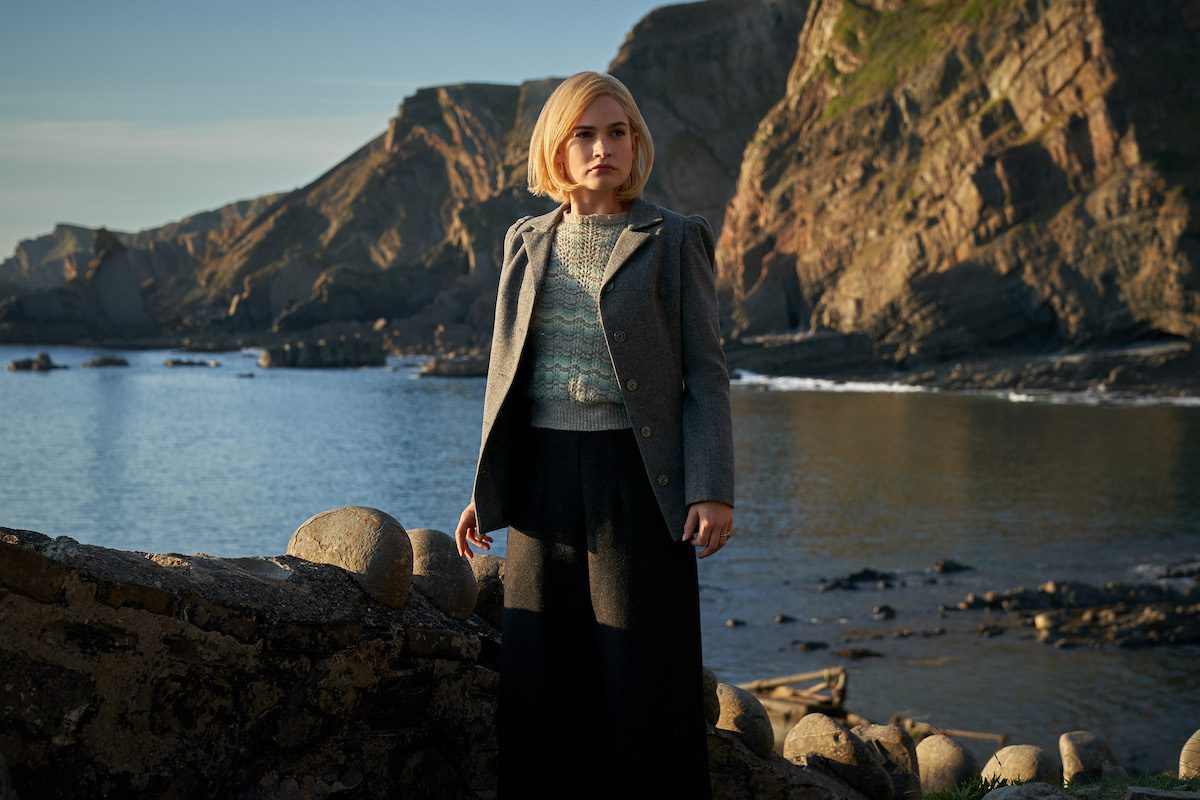 Similar to Hitchcock’s adaptation, the performances are all fantastic. As Mrs. de Winter, Lily James does a great job throughout the course of the film as her character begins to recognize what’s occurring around her. Alongside her, Kristin Scott Thomas gives arguably the best performance of her career as Mrs. Danvers. She’s a fierce screen presence throughout (as she always is) as her character subtly manipulates the thoughts of Mrs. de Winter while heightening the thoughts that can occur in the midst of losing someone you loved.

However, as you all could have guessed by now, Armie Hammer as Maxim de Winter is the standout. In Hitchcock’s 1940 adaptation, Laurence Olivier gave a tremendous performance in the male leading role, so coming into this film, my main concern was that Armie Hammer’s performance would be a letdown by comparison. (Putting yourself in a position to be compared to Laurence Olivier is a losing battle.) And while his performance never reached the heights Laurence Olivier’s did, he still does a great job and truly captures the essence of the character. He’s commanding, sensitive, and tough throughout, and is also a great screen partner by allowing Lily James to take front and center stage to shine as well.

However, despite this film being overall quite enjoyable, my main problem with Rebecca is how we’ve seen nearly all of it before. While the film does change itself up just enough to still have a few new scenes and integral character development points, the film still flows from point to point without much difference. This isn’t me saying it’s inherently bad, and having a modern version of Rebecca for the current landscape of streaming will unquestionably help to bring new eyes to Hitchcock’s original version (which you can watch on YouTube right now!). Although, you can’t help but feel this film isn’t very fresh. Thankfully, Wheatley’s directorial flairs along with solid acting overcome the disappointments throughout and, unlike other remakes, the film doesn’t feel entirely pointless.

Rebecca is one of many high-profile potential awards contenders Netflix has produced this year, alongside the likes of Mank, The Trial of the Chicago 7, The Devil All the Time, and others, and while I do believe it is going to be the weakest of the bunch and it won’t win (much less get nominated for) anything, it is nevertheless still a good film. With the original Rebecca releasing nearly 80 years ago, Netflix has created a faithful adaptation that changes itself just enough to still provide an interesting viewing for its audience. Like Netflix’s other recent remake, The Boys in the Band, it’s a film that could have gone horribly wrong, yet it didn’t, and thankfully turned out to be rather enjoyable in the end.

Thank you for reading! What are your thoughts on Rebecca? Comment down below!

[…] Wheatley’s remake of Rebecca is, uh… something. From the beginning, it felt like an odd pairing. (“You mean to tell […]