‘The Virtuoso’ Is One Long Bad Vibes Anonymous Meeting 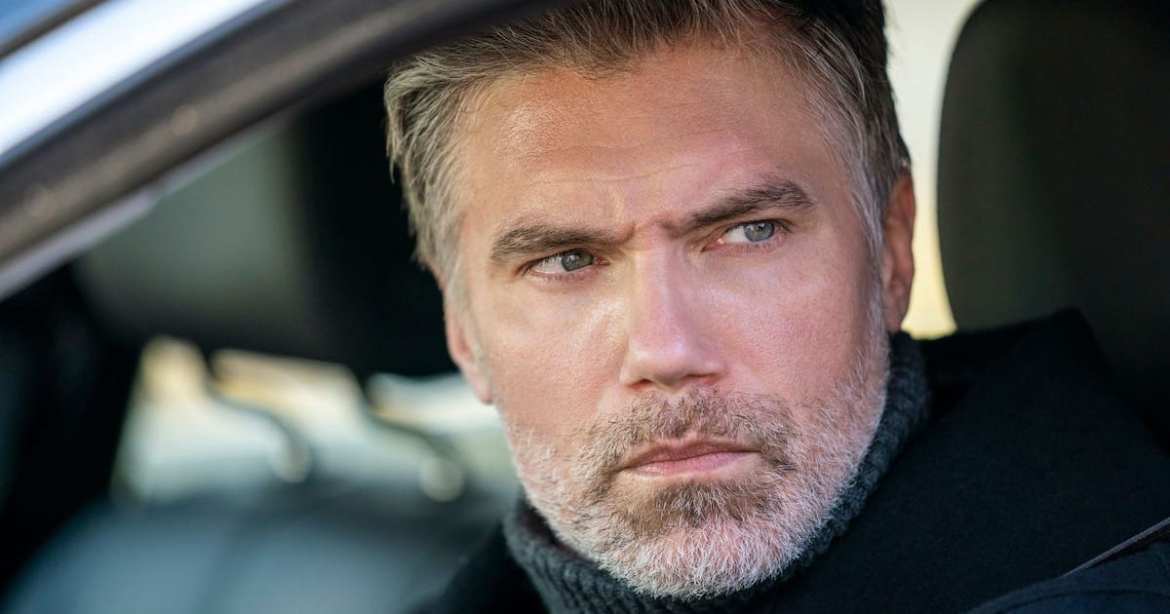 Growing up, there was a time in my life where only one book series truly mattered: Goosebumps. And within R.L. Stine’s nearly infinite list of book titles was a particularly special set of books, the “Give Yourself Goosebumps” series featuring the tagline, “Reader beware… you choose the scare!” Written in the second person, each book asked the reader to make certain choices that would lead to a good outcome, or an increasingly poor outcome, depending on what choices you made.

It was the best, except when it wasn’t. Sometimes you would read with a friend who would insist on making the worst choices — not awful, and definitely not great, just not even fun. And by the time you finished the book, you neither won nor succeeded in giving yourself goosebumps. So, what was even the point?

I can only imagine the stories that Nick Stagliano — writer, director, and producer of The Virtuoso — would create with a Goosebumps book. Because here, he spent 110 minutes and an unavailable budget to create a modern replica of the worst outcome of one of those books. Too bad to be liked and too boring to be enjoyed — and very much told in the second person — The Virtuoso fails on every level.

The Viewer is first introduced to The Virtuoso; a nameless killer implied to be the best in the game.

You’re taken through a series of his rules and lessons as The Virtuoso (Mr. V, we’ll call him — played by Anson Mount) goes about his work and life as an ace hitman. Everything from the narration, to the gloomy isolation of our protagonist, to the blue-gray filter that Netflix uses to tell us “this is serious” tells us that this film is serious. Following a tragic misstep during a routine job, Mr. V suddenly finds a conscience that he previously wasn’t aware of. It is amidst that soul-searching crisis that The Mentor (Anthony Hopkins) brings Mr. V another job.

Except in this world, it’s not that simple. We’re told that the more dangerous and higher profile the kill, the less information Mr. V is given. So, with little to go off of, he heads off to a location where he knows that someone in the room is the target he’s supposed to kill. What follows is an investigation of people like The Loner, a run-in with The Deputy, and a flirtatious romance with The Waitress. 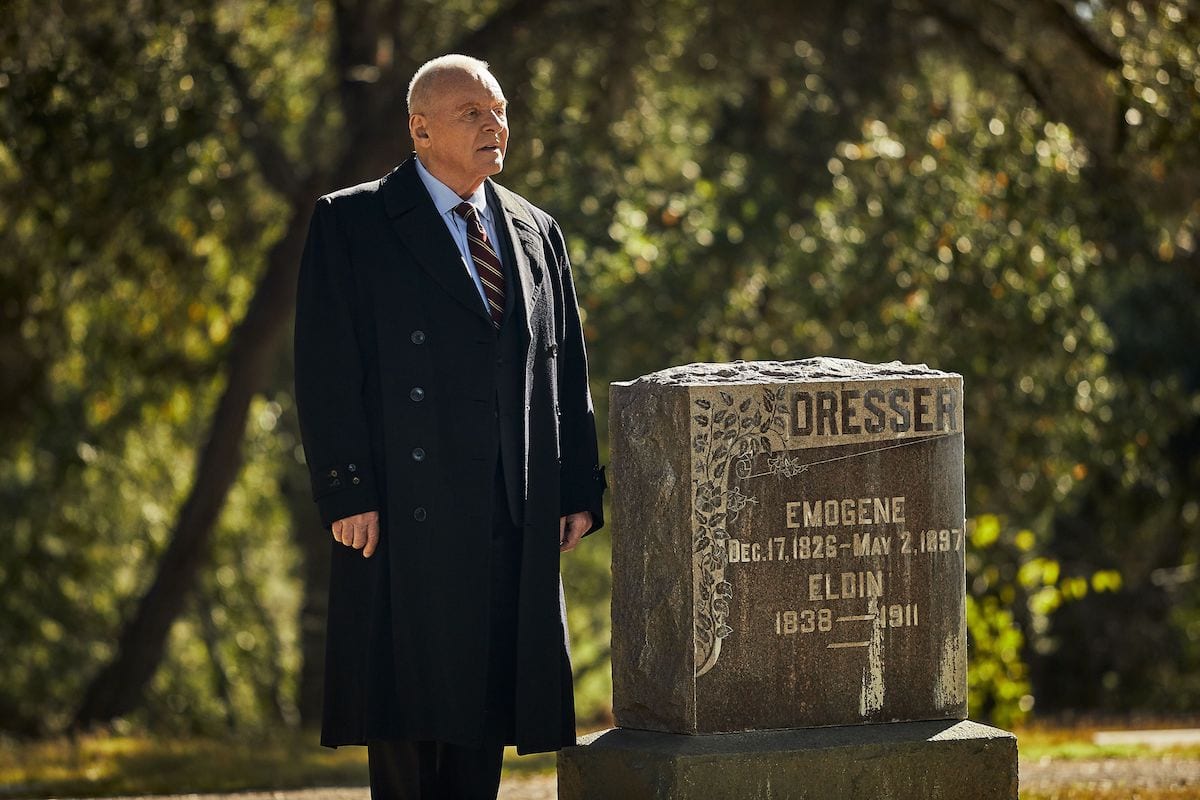 Yes, in this film no one has a name, and every decision is made in the service of poor film-noir vibes.

The world-building in The Virtuoso — what little there is — has the bones of a potentially interesting film. The anonymous caricatures that comprise each character and the closed-room mystery box style story could have been a campy, Clue-like film had Stagliano allowed the film to be any fun at all. More realistically, the film was set up to be a gritty, hardboiled neo-noir with a genuine puzzle at its core. Except unlike so many of those films, there is no thread to follow nor clues to chase. The one clue given at the onset of the mystery is the one clue the viewer, and indeed Mr. V, is left with at the film’s anticlimactic conclusion.

Another classic film noir trope is the bleak, morally ambiguous (or challenging) twist at the 11th hour. The moment that makes you say damn, “Forget it, Jake. It’s Chinatown.” But by the time that moment comes in The Virtuoso, you’ve been expecting it for over 90 minutes. It’s an ending that is so clearly telegraphed from early in the film, you’re left wondering why it tried to be a mystery at all.

Beyond the plot, worse still is the fact that it’s simply not a fun time. There’s bad, there’s nonsensical, and then there are films that truly give you nothing. The plot may read like a bad Goosebumps adventure, but the script is a Mad Libs game where the blank space reads “depressingly dark cliché.” Lines like, “There’s only one breath that really matters — the next one”. It’s a yes-and improv exercise where the only rule is that the next line must be duller, more generic, and more depressing than the last. All in the service of…nothing. No emotional payoff, no major themes or ideas at play, and no characters worth investing in. I think that Stagliano thinks that the film is so much more than it is, though; only that could explain why it takes itself so seriously. Whatever ideas about morality and humanity he thinks he’s imbuing into the film, they’re only ever spoken — not felt. And by the time he’s done hitting you over the head with them, you’re just exhausted – not enlightened.

There’s every reason to wish The Virtuoso were better, but there simply is no reason to watch.

Anson Mount may be playing a poor man’s George Clooney here, but there were certainly moments where you could imagine him or Abbie Cornish (valiantly attempting to overcome generic love interest tropes as The Waitress) succeeding in a better film. As for Anthony Hopkins, fresh off his Oscar win for one of the best performances of his career, I hope his paycheck here buys him something nice. Because as far as great actors phoning it in go (in this case, largely literally), this is worse than his turn as Odin that I’d be surprised if he remembers.

I love thrillers — when thrilling — and I love mysteries when they matter, or when there’s any intrigue at all. Genuine mysteries are becoming rarer in Hollywood films, but maybe there’s a reason for that: they’re so hard to pull off without disappointing the audience. Here, The Virtuoso doesn’t have to worry about that — it never even comes close to nailing the landing. In fact, it never even gets off of the ground.

Thank you for reading! What are your thoughts on The Virtuoso? Comment down below!

‘Crisis’ Fails to Stick the Landing Across Any...