A Jewish Filmmaker in His Formative Years: James Gray’s ‘Armageddon Time’ vs. Steven Spielberg’s ‘The Fabelmans’

Two distinct messages on grappling with hate and prejudice. 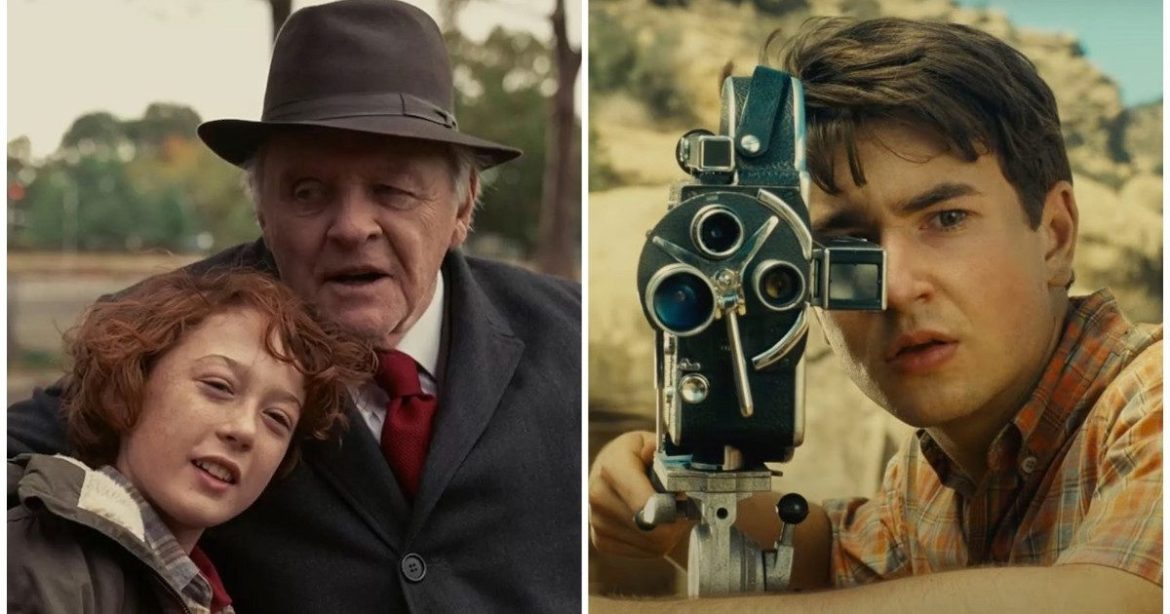 There’s something fascinating about learning who a respected artist was as a child. Seeing who they were and who they grew up to speaks volumes about who they are as human beings and a creator. Recently, two new films delved into the childhoods of two revered filmmakers: Steven Spielberg and James Gray.

Over the last few months, both filmmakers released films (both of which were based on their childhood): Spielberg’s The Fabelmans and Gray’s Armageddon Time. Within each narrative, hate and prejudice are tackled head-on in different, but effective manners.

Young Sammy Fabelman (played by Gabrielle LaBelle as an adolescent) grows ups up in a middle-class family in post-World War II America. He wants to become a filmmaker. His mother, Mitzi (an award-worthy Michelle Williams) is an artist who encourages her son to dream. His father, Bert (Paul Dano) is a scientist who thinks his son should take a more stable path in life.

Eventually, the family lands in Northern California. When Sammy’s classmates learn that he is Jewish, the antisemitism comes out in full force. While dealing with his less-than-welcoming classmates, Sammy is trying to focus on making his dream a reality.

In 1980, Paul Graff (Banks Repeta) is a brand new sixth grader. He loves art and adores his grandfather Aaron (Anthony Hopkins). Making friends with Johnny Davis (Jaylin Webb), Paul is even more brazen and more outspoken than he already was. Johnny is an African American boy who does not have Paul’s advantages. Eventually, the boys get into trouble and he is sent to a private school.

Compared to his previously multicultural public school, his new school is a complete 180. Everyone is white and mostly upper class. The racist micro-aggressions become clear when Johnny approaches Paul with his new friends. Paul must make a choice: speak up or stand down.

Spielberg Takes on Antisemitism Head On

As a creator and a filmmaker, it would have been far easier for Spielberg to take on a lighter subject. But he is not one to do so and has a track record of taking on difficult subjects in his work. With his co-screenwriter Tony Kushner (who also co-wrote West Side Story and many of Spielberg’s other works), he is not afraid to be truthful about his teenage experience.

As the only Jewish student in a very Christian town and a very Christian public school, Sammy becomes the target of bullies. He also starts dating Monica Sherwood (Chloe East), who does her best to convert him away from Judaism. The scene that gets me (and is in the trailer) is when he opens this locker to see a bagel hanging within it. The words “Jew hole” is written in black marker. The message could not be clearer and more relevant then or now.

Gray Walks the Tightrope Between Morality and Fitting In

Through several family dinners, Paul learns about Grandpa’s family history and their painful path from Europe to America. What makes these conversations interesting is the contrast in their own prejudices against their darker-skinned neighbors. In adding this to his screenplay, Gray fleshes out these characters and this world, revealing the flaws that make this narrative feel human.

Like his grandfather, Paul is an optimist. He only sees Johnny as his friend. He does not see the troubles that Johnny is experiencing due to institutional racism and the lack of a solid family structure. He is obviously an empathetic character and tries to help him. But he is wearing rose-colored glasses and is unable to see that there are greater forces at work.

When he changes schools, Paul chooses to fit in with his classmates (who look down on the neighborhood residents). Like many of us do in his situation, Paul chooses to go along with the boys he is hanging out with. It is a decision that reflects the conversations at the family dinner table, and the universal need to feel included. In Paul’s situation, that means not speaking up for Johnny and their friendship.

When hate and prejudice come calling, the easier decision is to shrink down and try to fit in. The obviously harder choice is to be yourself and to tell those who dislike you where they can go. While Sammy gives it the proverbial middle finger and finds peace, Paul travels a murkier path to find himself.

Thank you for reading! What are your thoughts on The Fabelmans and Armageddon Time? Comment down below!