‘Voyagers’: More of a Space Oddity Than an Odyssey 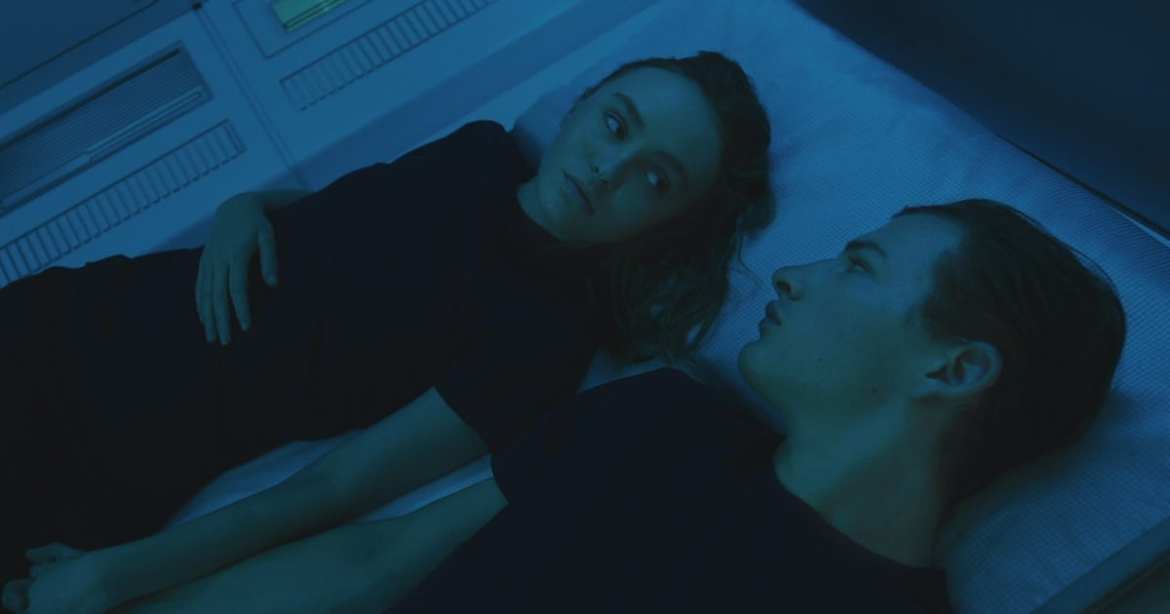 Voyagers is written and directed by Neil Burger of Limitless fame, and stars Colin Farrell, Tye Sheridan, and Lily-Rose Depp. In it, a crew of young astronauts embarks on a multi-generational mission to save humanity, all the while descending into paranoia and madness along the way.

As the film opens, the audience is introduced to Colin Farrell’s character, Richard. As the lead scientist for this unnamed mission, Richard quickly decides to leave Earth behind to oversea the voyage, led by a group of children specially bred for the mission. Burger skims over the setup to this premise and opts to jump right into the thick of things. As such, the film jumps ten years into the future. The kids are now teenagers, and Farrell is looming in the background, keeping a keen eye. Each day, the teens follow the same tasks: wake up, complete their assigned chores and studies, eat meals, and take their medicine only referred to as “the blue”. Once again, Burger doesn’t leave much room for additional details through these introductions and Christopher (played by Sheridan) quickly learns that “the blue” is suppressing their senses. After bringing this to the attention of fellow crew member Zac (played by Fionn Whitehead), the crew quickly slips into disarray and chaos ensues.

Neil Burger’s writing tends to hurt a lot of Voyagers‘ ideas. While the film is filled with plenty of interesting and intriguing concepts that could have been explored to some interesting conclusions, Burger instead follows in his Divergent footsteps and opts for an angsty, young adult approach, which results in a lot of the film’s main draws being left in the background. Burger also spends far too little time setting up the film’s premise and characters. Because of this, Voyagers almost feels as if it begins in the second act, having skimmed over what seems to have been a lot of important information to understand the characters and their motives. A key example of this is with Lily-Rose Depp’s character, Sila. While she has a lot of screen time, it simultaneously feels like too little and too much as the audience is never really given any reason to root for her other than the fact that Christopher might have a thing for her. The psychological thriller roots of this story are far more interesting than what it actually chooses to focus on.

To not dwell too heavily on the negatives, Voyagers is a solidly produced film. With some stunning production design and sets, the film has a great visual aesthetic. Trevor Gureckis’ score seems highly inspired by Vangelis, and definitely has that sci-fi feel to it that audiences want from a film like this one. Tye Sheridan gives a decent performance, taking a good crack at it despite Burger’s lacking script. Unfortunately, the rest of the cast gives rather poor performances with a lot of the characters feeling extremely flat and one-dimensional.

Burger’s direction is clear — one can easily see what he’s trying to achieve — it’s just unfortunate that all of the interesting possibilities were left behind in favor of Lord of the Flies in space… and not much else. Technically, Voyagers succeeds. It looks good, sounds good, and the editing is fine. It even keeps its pace up quite well. However, its unwillingness to engage meaningfully with any of its themes or create anything more than shallow characters is unbelievably frustrating. After an intriguing first trailer, Voyagers results in — simply put — a boring film.

Thank you for reading! What are your thoughts on Voyagers? Comment down below!