Is Nate the Villain of ‘The Devil Wears Prada’? 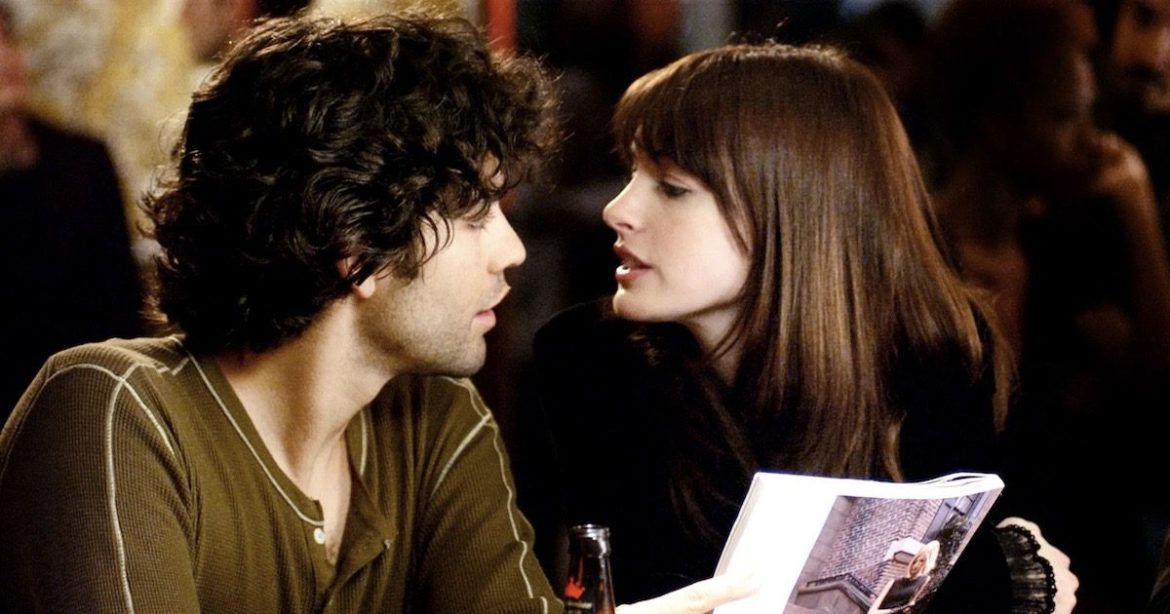 When considering whether to accept a job or not, one of the factors is the work-life balance. In an ideal world, we would be able to leave at the same time every day and have the rest of the evening or weekend to ourselves. But some jobs require more time than others, even when they bleed into our non-work lives.

One of the most appreciated and loved mainstream films of the first decade of the 21st century is The Devil Wears Prada. Based on the book of the same name by Lauren Weisberger, the audience is introduced to Andrea “Andy” Sachs (Anne Hathaway). A recent college graduate with a degree in journalism, she would love nothing more than to start her career at a prestigious publication. Instead, she is hired as an assistant for the infamous Miranda Priestly (Meryl Streep). Miranda is the editor-in-chief of Runway magazine. While Andy is told that she has one of the most desired jobs in the fashion industry, the feeling is not mutual. She keeps reminding herself that it is a stepping stone. If she can last one year, the professional doors that were previously closed to her will be open.

It Would Be Easy to Label Miranda as the Villain

At first glance, the easy answer to the question posed in the title of this piece is Miranda. She is passive-aggressive, non-communicative to her staff, has high expectations that are far from sensible, and is generally difficult to work for. When Nigel (Stanley Tucci) announces Miranda via the line, “gird your loins”, the audience has a pretty good idea of who this woman is. As she steps off the elevator, the staff members scramble to make themselves and their workstations presentable. At this point, most people would be hanging up their coats themselves. But Miranda throws her jacket on Andy’s desk and expects her to hang it up.

Two moments in the film speak to how difficult it is to be Miranda’s assistant. The first is a call to Andy that her boss needs to return to NY from Florida ASAP for her children’s birthday. The problem is that there is a major storm and getting any plane in or out is impossible. Miranda thinks that Andy can control the weather. While we know and she knows that this request cannot be completed, she still tries. Which tells me that Andy wants to do her best, regardless of how Miranda treats her.

The second is that Miranda would like Andy to get the latest Harry Potter book for her daughters. On the surface, this request seems relatively simple. But nothing with Ms. Priestly is ever simple. Going to a local bookstore is not a hard task to complete. But what Miranda actually wants is the unpublished manuscript of the next book in the series, not the one published book that is available to the public. Thankfully, Christian Thompson (Simon Baker) is able to provide what Andy needs. I can completely understand why she is exasperated and frustrated.

In my nearly twenty-year career, one of the things I have learned is that the relationship we have with our direct managers play a huge role in how we feel about our jobs. If we get along with our bosses and feel comfortable working for them, it is likely that we are to stay put for a while. On the other hand, if this person makes us miserable, it can have a negative effect on our mental health and our professional outlook.

Nate Could Also Be the Baddie

By comparison, Andy’s boyfriend, Nate (Adrian Grenier) seems like the good guy. He is supportive of her, listens to her rants about her job, and makes her a grilled cheese sandwich for dinner. The important word in this sentence is “seems”.

In recent years, there has been a spate of articles claiming that it is actually Nate who is the antagonist. Even Grenier has admitted that his perspective on his character has changed. He is more concerned with himself and his career. He could be a little understanding, knowing how demanding Miranda is. Instead of encouraging Andy to adapt to the job and give it a chance, his response to her complaints is to quit. It is not about their relationship; it is about his needs and having the dutiful girlfriend waiting for him to come home every night.

What is frustrating to me as I look back a decade and a half later, is that Nate is not a stranger to a busy and stressful workload. He works in a kitchen in an important restaurant. He knows what it is like to have a million things thrown at you and the expectation to have them done in a reasonable amount of time. I’ve never had a job within the restaurant industry, but I can imagine that the day goes by pretty quickly. He could, at least once, throw a bone Andy’s way and try to see it from her perspective. But he doesn’t and refuses to even try.

Neither is the Foe

With the perspective of sixteen years, neither Miranda nor Nate is wholly responsible for the roadblocks in Andy’s path. Both have their own unique point of view and their own wants. Miranda has certain needs when it comes to Andy’s job-related responsibilities. Nate would like to see his partner every now and then.

It comes down to what and who is prioritized as most important. The conflict comes from this constant push and pull, which only Andy has the power to stop. That takes the length of the film, allowing her to grow and become a woman who knows that at the end of the day, she needs to put herself first. Work will be there, as will her significant other. If she does not know when to stop and take care of herself, neither will matter.

Thank you for reading! What are your thoughts on The Devil Wars Prada? Comment down below!

[…] Cruella is one of the best films of 2021. It is so much fun to watch. The music (classic 1960’s and 1970’s tunes) is perfectly chosen. Both leading ladies are at the top of their game. The introduction to Thompson’s character is only bested by Miranda Priestly (Meryl Streep) in The Devil Wears Prada. […]