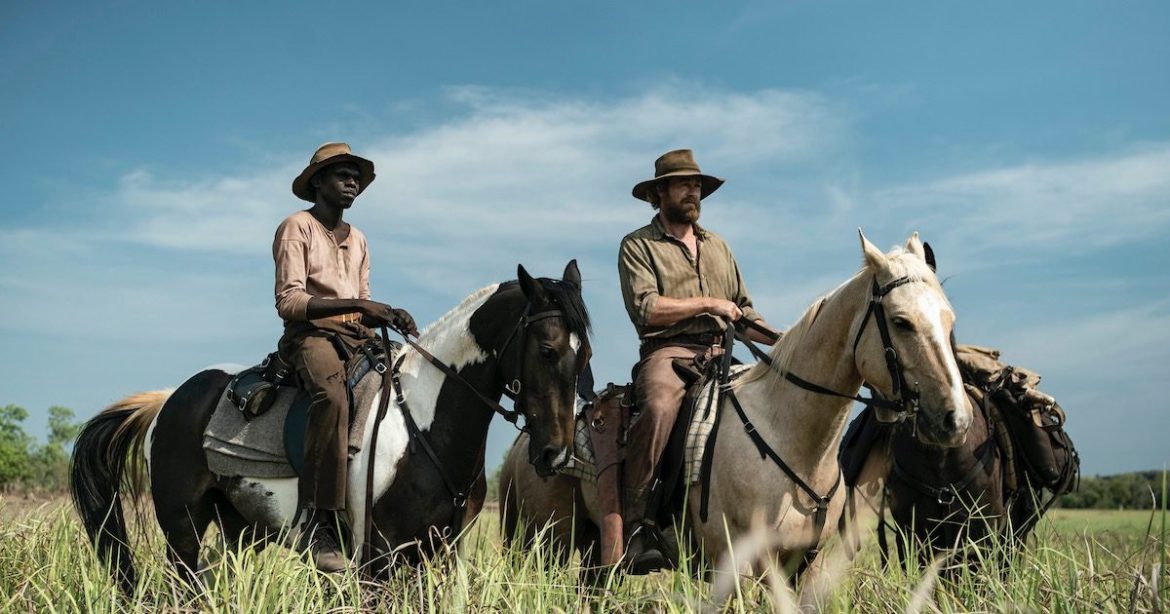 Being an Australian writer for a US-based website, I have always strived to review and promote Australian cinema ever since I started at MovieBabble. And now, Our wonderful CEO has given me my own special corner of the site for me to write about the films of my homeland. Welcome to The Babble Down Under. My new exclusive column that delves into reviewing the best cinema Australia has to offer the world. Every month, I will be reviewing either a new/recent Australian cinematic release, an undisputed classic of Australian cinema, or an overlooked, underseen or forgotten gem to bring to the reader’s attention. My first piece for The Babble Down Under is a review of the latest Australian film High Ground which will be released in Australian cinemas from January 28 and internationally later this year.

This past decade has seen a large shift in Australia’s cinematic landscape. Now more than ever, screens big and small in the land down under have seen an increased demand for representation of first nations people both onscreen and behind the camera and a subsequent sharp influx of Indigenous centric stories being funded and produced. It has lead to what could be considered as Australia’s Second New Wave of cinema; one that has seen indigenous stories brought to the forefront of the industry. Whether its romantic comedies like Wayne Blair’s Top End Wedding, gritty western crime thrillers like Ivan Sen’s Mystery Road and its sequel Goldstone, or its brutally engrossing period pieces that confront Australia’s dark and shameful history of colonialism, such as Jennifer Kent’s The Nightingale and Warwick Thornton’s Sweet Country (many of which I will cover in this column down the track).

The latter category, much like the masterpieces of the Australian New Wave of the 1970s like Nicolas Roeg’s Walkabout, Fred Schepisi’s The Chant of Jimmie Blacksmith and Peter Weir’s Picnic At Hanging Rock and The Last Wave, interrogate Australia’s colonialist past. It examines and dissects the hard truth as if it were a bloody autopsy, the remnants of which sadly are still reflected in modern-day Australia. The next in line of these prestige Australian revisionist westerns (or “Northerns” as producer, star, and senior cultural advisor Wityana Marika describes them) that tackles the country’s history with white settlement is High Ground, director Stephen Maxwell Johnson’s latest film after almost two decades since his directorial debut Yolngu Boy in 2001.

We open deep in Arnhem Land at the top end of Australia in the year 1919. The peaceful Dharrpa tribe is caught in the crossfires of a stand-off between police and two fugitives. What follows is a brutal and ruthless slaughter of the Dharrpa people where the only survivor is Gutjuk, a young boy rescued by Travis (Simon Baker) a WWI veteran turned policeman that censures the violent actions of his fellow officers and subsequently leaves the force, haunted by the horrific events and how his regiment covered up the atrocities.

12 years later, the now grown-up Gutjuk (newcomer Jacob Junior Nayinggul) has been raised on a Christian mission and is now called Tommy by the missionaries who raised him (Caren Pistorius and Ryan Corr). But he discovers that his uncle and mentor, Baywara (Sean Mununggurr) is still alive and leading a ‘wild mob’, attacking stations and killing livestock in the name of vengeance. The news of Baywara’s survival brings Travis back into the fray as his old police force needs his help to track down the mob and kill Baywara to ensure the massacre of Dharrpa people stays under wraps. Desperate to save the last of his family, Gutjuk joins Travis on his journey through the outback to track down Baywara. As they trek into the stunning, serene landscapes of the bush, Travis and Gutjuk gain each others trust, but Gutjuk has no memory of Travis’ involvement in the massacre of his people.

This lingering conflict between the two characters should create an uneasy tension that could boil over at any moment once the truth is exposed, but it is never fully realized. Travis and Gutjuk’s dynamic is very intriguing conceptually; Gutjuk with fire in his belly and his heart set on seeking justice for the death of his family and Travis’ complicity and guilt driving him on a path to redemption, but in execution the script feels underdone. When we do get to the emotional payoffs between these characters, they are quite underwhelming and don’t have the weight or the impact that they should.

However, the supremely talented cast of both established names and first time actors really elevate the often lax character work. Aaron Pederson brings his trademark brooding intensity in his small role as a mixed race tracker hired by the police to make sure Travis is doing the job; Caren Pistorius breathes life and humanity into her character, grappling with the thought of the boy she raised finding his true family and becoming his own man; Aussie film legend Jack Thompson brings gravitas to the antagonistic imperial police officer. Nayinggul makes a strong impression with his first onscreen role as Gutjuk and he successfully carries the film. He’s a young man desperate for retribution and is torn between Baywara’s bloody path of violence or his grandfather (Wityana Marika) and his path of peace and reconciliation, all while he rediscovers his cultural identity he was denied. Despite the script not fully delving into and exploring his internal conflict, Nayinggal does a fine job in pulling off these aspects of the character.

High Ground is a stunning looking film, but not in a way that you expect. The stark natural beauty of Arnhem Land and all its glorious vistas demand to be viewed on the biggest widescreen format available, but it’s surprisingly presented in a tighter aspect ratio. The tight framing paired with visceral colors that leap off the screen and the intoxicating sound design envelops you into this beautiful yet unpredictable environment. Taking a leaf out of the Terrence Malick handbook, the film also utilizes a lot of wide angle, handheld close-ups that puts the onus on the performers, which should have struck the desired contemplative and wholly absorbing effect, but instead it feels incongruous with how the rest of the film is shot.

While the film has shortcomings in character work and its inconsistent visual style, the most impactful aspect of High Ground is how the film shows a different, under-represented perspective of how Australia was formed. Johnson has stated that he set out a make film that showed there is really no such thing as settlement, only conquest. Drawing from many different stories from different areas of the country as opposed to a single historical event, Johnson illustrates a deeper truth through fiction that probes into the colonial myth of terra nullius (No Man’s Land). The intense centerpiece negotiation scene between Gutjuk, his grandfather and Jack Thompson’s Officer Moran echoes this sentiment with an earth-shattering resonance through one single exchange of dialogue. After Gutjuk demands justice be served and the men who killed his family be held accountable, the imperialist Moran responds with “In this country…” before Grandfather Dharrpa swiftly interjects with “My Country.” This one line is such a simple yet powerful encapsulation of everything that was taken from the aboriginal people. Especially now when there is a national debate around Australia Day and whether the date should be changed so that it no longer “celebrates’ the arrival of the first fleet and brutal colonization and genocide of the indigenous population, a film like High Ground being released now and even having advance screenings on the highly controversial public holiday is as important and timely as ever.

Sweet Country and The Nightingale are incredibly tough acts to follow, but High Ground stands on its own as another solid entry into the Aussie film canon and another moving revisionist ‘northern’ that presents an unflinching portrait of Australia’s dark and violent colonial past and explores the the injustice and mistreatment of the aboriginal people. Here’s to hoping this newfound genre of Australia will continue to thrive and continue to confront the uncomfortable truths of Australia’s history.

Thank you for reading! What are your thoughts on High Ground? Comment down below!

I want to watch this now! Thanks!