Andy Serkis’ Caesar: Ten Years of ‘Rise of the Planet of the Apes’

Caesar led the charge in reviving a once-dead franchise. 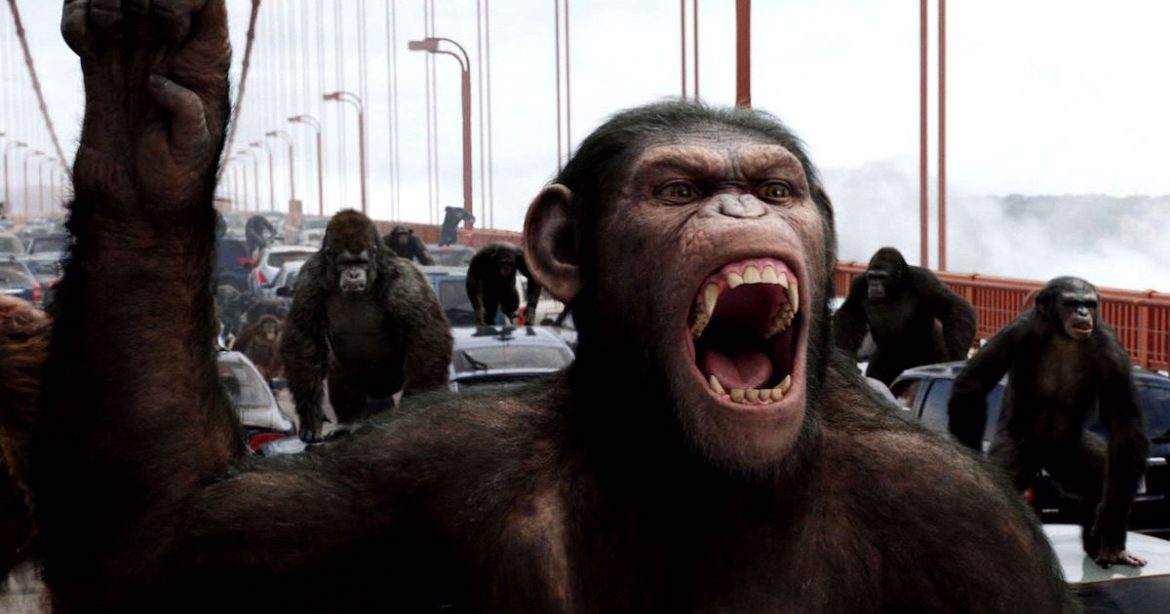 This month marked ten years since one of the last decades’ most beloved characters first swung onto the big screen. In Rise of the Planet of the Apes we saw the birth of Andy Serkis’ Caesar, a chimp who was taken from a laboratory to avoid being put down after his mother, in an act of defense, went on a rampage throughout the facility. This film presented itself in a very unique way for those who are familiar with the Planet of the Apes franchise. It was modern, set in contemporary times, and in a stark difference to the films that preceded it, did not utilize makeup and prosthetics for the look of the Apes. This film is notorious for being one that surprised audiences back in the summer of 2011. After the poor reception of Tim Burton’s 2001 Planet of the Apes, this film and the franchise overall did not have a high amount of energy and excitement going for it. The best way to describe the production and release of this film is acknowledging that it faced a clear uphill battle towards greatness and audience acceptance.

This was one of the movies that consumed me when I was younger. My dad, who was a big fan of the original films from the 1960s and 70s, thought we’d give it a try on-demand a few months after its initial launch in theaters. For me, the rest is history. I absolutely fell in love with this movie, showing it to all my friends (and forcing them to get their parents to rent it on VOD when I went over). It’s safe to say many of them became enamored with it too. Was it the uniqueness of the storytelling in that we follow a CGI chimp for the better part of the film? Was it the cool visual effects and incredible San Francisco bridge set piece in the final third? Or was it the way that this movie (despite being rather predictable in its outcomes) took so many twists and turns in how it presented itself? I’d like to think of it as a combination of all of that, and more, of course.

From the start, it was difficult to get this film green-lit. Aside from the difficulty of convincing the studio to put up money to revive a seemingly stalled franchise, the technology needed to get this film made was a huge question mark.  The use of CGI to make the ape characters look as realistic as possible had only been made possible with rapidly advancing technology seen in films like The Lord of the Rings, Peter Jackson’s King Kong, and Avatar. Where Rise was different was actually shooting these CGI performances on location, instead of in a studio setting with green-screened walls, floors, and objects all around the room. This breakthrough in visual effects technology was made possible for the first time with this film, and since has been used countless times in Hollywood blockbusters, most notably in the two sequels to Rise.

The summer of 2011 was full of pleasant surprises for moviegoers. Films like Fast Five, X-Men: First Class, and Rise all helped to revitalize formerly beloved franchises in major ways at the box office. As Rise opened in cinemas all over the world it was met with instant acclaim not only from audiences, but critics too. The film dominated the late-summer box office and silenced, or rather won over all those who questioned if the film was even necessary in the first place. What made this film so successful? How did it win over audiences and lead to an eventual trilogy? One word: Caesar.

At the core of this film, and what really set the tone for all three in this reboot trilogy, is the character of Caesar. From the moment we are introduced to this character and his tragic origin, born out of blood in a lab, taken home by the scientist that was using that very lab for testing, we as an audience form a bond with this chimp, watching the montage of him aging, learning how to sign, maneuvering through the kitchen to the jar of cookies. It is the very way in which we as an audience grow with Caesar that helps us as an audience buy into the fact that this chimp will eventually lead a rebellion in the film’s third act. The work Andy Serkis did in this film for me, is some of the best work he has ever done in his career. While many point to Gollum (rightly so) and King Kong as two great examples of motion-capture performances, it is actually Andy Serkis’ Caesar that takes the biggest risks in motion capture to date. Caesar is not a side character, he is not a titular character that is only in a third of the film either. Caesar is this trilogy’s main character, and the arc of that character starts brilliantly with Rise.

While I do carry some bias when discussing this film (why would I be writing this article if I didn’t love it?!?!), I think it is important to touch on the many achievements that it made, from a sort of objective standpoint.

The film shocked audiences and exhibitors worldwide when it made $480 million on a budget of just $93 million. Dead franchise revived!

It delivered some of the most groundbreaking visual effects breakthroughs of the 2010s. Thank you, WETA!

It gave us this scene… this glorious scene!

…last but not least… it gave us Maurice.

Thank you for reading! What are your thoughts on Rise of the Planet of the Apes? Comment down below!

I was one of those people, sitting in the theatre, blown away by this movie.
CGI and Andy Serkis have created an icon with this Caesar.