Nadav Lapid's Cannes Jury Prize winner is a raw and angry condemnation of his homeland. 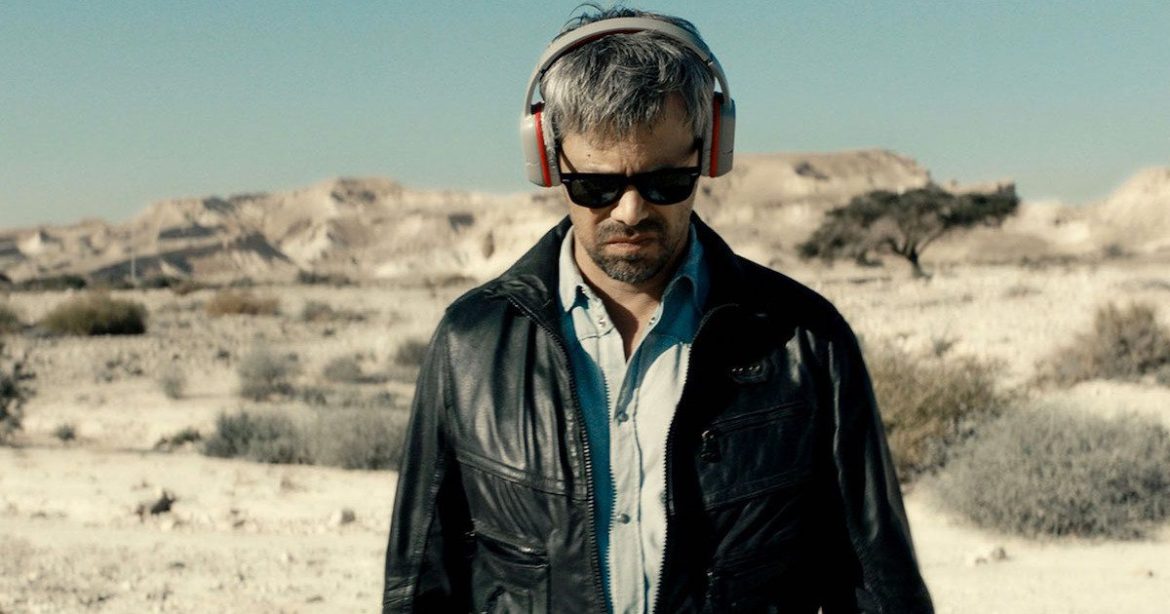 Nadav Lapid’s Synonyms caused quite a stir when it unexpectedly took out the Golden Bear at the Berlin Film Festival in 2019. The film loosely based on Lapid’s own life about an Israeli man who flees to France on a journey to renounce his Israeli identity showcased not just an absurdist glimpse into the migrant experience, but also a fierce statement on Israeli nationalism. His latest film, taking out the Cannes Jury Prize along with Apichatpong Weerasethakul‘s Memoria, is another scathing indictment of his homeland, this time Lapid pulls from his own experiences with censorship and the growing pressures for Israeli filmmakers to avoid topics their Ministry of Culture deem controversial.

Ahed’s Knee opens with Y (Avshallom Pollak), an Israeli filmmaker and thinly veiled stand-in for Lapid holding auditions for his newest project inspired by Ahed Tamimi, a teenage Palestinian activist who was jailed for slapping an Israeli soldier on camera in 2018. In the midst of the auditions (that includes a piercing rendition of Guns N’ Roses’ “Welcome to the Jungle” performed directly to camera), Y receives an invitation to travel to a small town in the Arava valley to present one of his films to a rural audience.

Filming his travels on his smartphone for his terminally-ill mother (who is also his screenwriting partner), Y is met by Yahalom (Nur Fibak), a local recently appointed deputy director for the library department of the Israeli Ministry of Culture and a passionate fan of his films. Y and Yahalom become well acquainted in the lead-up to the screening, but that all changes when Y is made to sign a waiver stating he will only discuss government-sanctioned topics in both his introduction and post-screening Q&A.

Ahed’s Knee is perfectly presented in a manner that both narratively and formalistically rejects conformity. The dizzying and dynamic camerawork, flashbacks to Y’s traumatic past in the military, an impassioned monologue of his grievances of the nature of censorship in the wake of Israel’s current political turmoil, and even extended sequences of dancing all make Ahed’s Knee such a brazenly unique and beguiling experience. This is elevated even further by the excellent use of pop music. In an effort to outdo the fantastic dance club sequence in Synonyms set to Technotronic’s “Pump Up The Jam”, Lapid implements pop music in a number of sequences throughout Ahed’s Knee, the most memorable of which being Y wandering solo through the desert dancing to Bill Wither’s “Lovely Day”.

What’s even more astounding is that this film which laughs in the face of convention and openly denounces the integrity of the arts in Israel somehow received funding from the very institution it is lambasting. Because Lapid pulls no punches in his overwhelmingly frank and veracious critique of a broken country that values propaganda and blind nationalism over true artistic expression. This all culminates in the aforementioned monologue on censorship Y dives into when he finally looks over the list of government-sanctioned topics and is told by Yahalom he is likely to be blacklisted if he tells the stories he wants to tell, including his Ahed Tamimi film. In lesser hands, this entire sequence could easily collapse into the director smugly standing on a soapbox and obnoxiously preaching his ideologies to the audience. While Lapid is certainly using Y as a mouthpiece for his own beliefs and worldview, the intensity of Pollak’s performance and the confrontational way it is shot with his untethered rage filling up every frame makes it such a vital and powerful sequence that will stay with you long after the film is over.

You will be hard-pressed to see a film this year with more raw, intense, and unbridled anger than Ahed’s Knee. Nadav Lapid brings a sledgehammer to an enthralling and provocative condemnation on censorship, savage military practices, and cultural oppression in Israel. A masterful cinematic manifesto that doesn’t just demand your attention, but grabs it by the scruff of the neck and does not let go.

Ahed’s Knee screened as part of TIFF 2021. For more information, head to tiff.net.

Thank you for reading! What are your thoughts on Ahed’s Knee? Comment down below!