‘Kurt Vonnegut: Unstuck in Time’: A Moving and Deeply Personal Documentary About a Great Writer and Friend 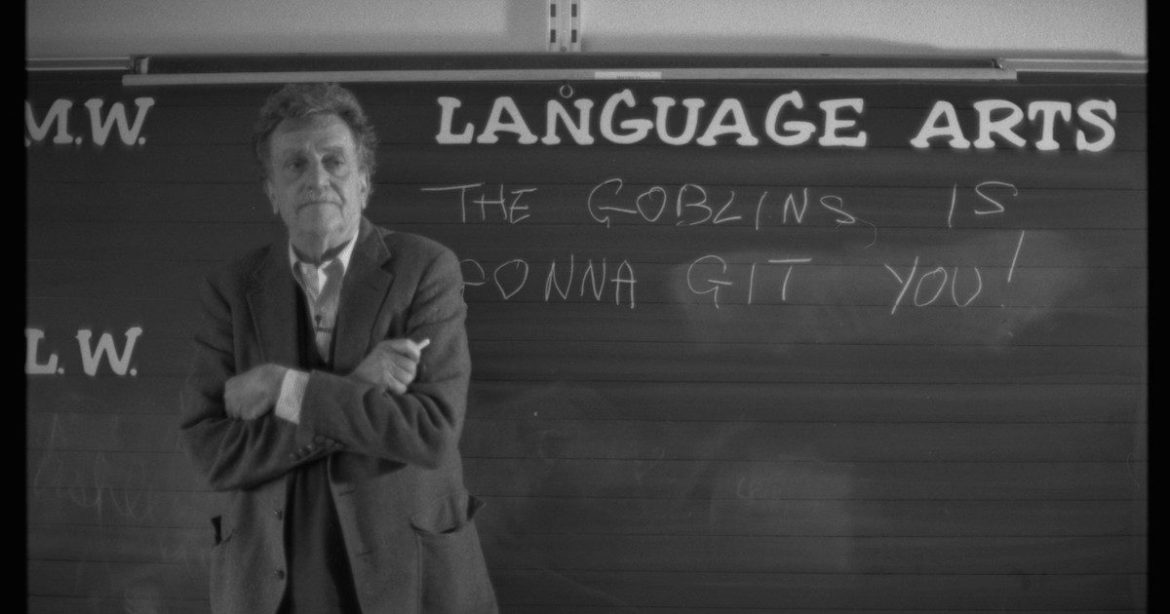 Kurt Vonnegut: Unstuck in Time is not a conventional documentary, though that was the original intention. Its inception started nearly forty years ago, in 1982. Robert B. Weide had just finished a well-received PBS documentary on the Marx Brothers. Weide, twenty-three years old at the time, sent a letter to one of his literary heroes, Kurt Vonnegut, requesting his ‘authorization’ to create a documentary on his life and work.

Weeks went by, Weide gave up on the project. Then suddenly, a letter came, and having devoured Vonnegut’s Breakfast of Champions continuously through high school, a book filled with the author’s signature doodles and occasional handwriting, Weide knew the letter came from the great man himself.

Vonnegut would give Weide his blessing, trusting the young filmmakers’ creative sensibilities after having seen the Marx Brothers documentary. Soon they would meet. What initially started as a friendly professional relationship for Weide, turned into a lifelong friendship. Vonnegut would share countless letters, pictures, even black-and-white camera footage of a young Vonnegut playing around with his two siblings.

They say one should never meet their heroes. This timeless expression exists for a reason, as we’ve seen countless examples of respected public figures being exposed as troubled individuals, even deviants. We must be wary of putting these individuals on a seraphic pedestal. People are people, no matter how great their artistic output.

But Robert B. Weide did meet his hero. As Weide states in the film, he was afraid that their friendship would impede on the documentary.

The title of the film will be instantly recognizable to those privy to Vonnegut’s seminal work, Slaughterhouse-Five. In the aforementioned novel, the character of Billy Pilgrim travels back and forth in time on a whim, experiencing everything out of order. The film takes a similar, almost fractured narrative style, using the magic of editing to take the occasional detour through time. We might focus on a youthful part of Vonnegut’s life before suddenly being pulled into the future, where we see an aging Vonnegut addressing a large auditorium packed with devoted fans.

Nevertheless, the film doesn’t go too far with it. It never becomes an abstract look at someone’s life. We get a sense of the chronological life and times of Kurt Vonnegut, where it began, what happened in between and where it ended. It just has fun with it, as in the spirit of Vonnegut’s written work. It doesn’t care about adhering to a conventional narrative.

The film’s structure is partly an ode to Vonnegut’s most famous literary work, but there’s also a more personal aspect to this structure. The film is not just about Vonnegut’s life but about Weide’s recollections of the late author. We see how Vonnegut influenced his life, how important his time with him was.

In some way, the film is almost structured like the fractured memory of Weide, reflecting on the relationship he had with Vonnegut.

The film doesn’t just honor his writing, it honors his illustrative art as well. Excerpts from his books are adapted with animation inspired by Vonnegut’s signature art style.

What audio is available from Vonnegut is brought into the movie, but many real-life letters or literary excerpts are narrated by actor Sam Waterston, whose voice is remarkably similar to the late author.

Even with its unconventional nature, the film does fulfill the obligation of your standard documentary regarding an artist. It examines the subject, where he came from, what might have inspired him, what impact he had on the relevant world of his craft.

But it’s also about what kind of person he was. It’s a labor of love, not just for the art but for the man itself. This is hardly surprising, as the filmmaker became intimate friends with the subject. One could hardly expect the film to be impartial. This isn’t necessarily a bad thing. The film isn’t a political statement. It’s a cinematic eulogy by a filmmaker who loved him.

Nevertheless, the film doesn’t shy away from conveying Vonnegut’s uglier sides. We are told by his children that he was prone to moodiness. Whenever he had a bad day, everyone would know it just by the negative energy he emitted around him.

Much is said about how his success came from the faith of his first wife, who performed most of the household chores and pushed him to pursue his literary ambitions. Yet, soon after he received his first taste of fame, he committed the most laughable of all transgressions: leaving his wife for a younger one.

It even dares to question the honesty of some of Vonnegut’s statements, specifically one in which he said that his WWII experiences didn’t leave any lasting traumas. (On that particular note, one of his daughters, Edie, bluntly states that he was “full of it”.) Perhaps a great truthteller like Vonnegut couldn’t come to terms with some of the most obvious truths of his life.

The film is also honest about how Vonnegut struggled to live up to Slaughterhouse-Five. Rightful potshots are made at Vonnegut’s critics, who seemed to deride his latter work and proclaimed him to be an ‘easy writer’. As another great writer, John Irving, states in the film, “as anyone who writes knows, it’s not easy being ‘easy to read'”.

The film doesn’t spend any time on any of the cinematic adaptations of Vonnegut’s work, besides one, which is the highly faithful and underrated, Mother Night — which also features one of cinema’s greatest cameos, involving Vonnegut himself, the origins of which are briefly addressed in the film.

It was nice to know that Vonnegut himself was deeply impressed by the film. In a personal voicemail to Weide, who produced the film, he hailed it as a ‘strong fucking movie’.

Still, it would have been interesting to spend a little time on George Roy Hill’s interesting Slaughterhouse-Five adaptation. A flawed one for sure, yet strangely loyal to the novel’s particular brand of bittersweet madness.

On that note, I would have loved for the film to devote some time on the misguided adaptations of his work, most notably Breakfast of Champions (which did feature the brilliant casting of Albert Finney as Kilgore Trout) and Slapstick of Another Kind (the second most embarrassing film Jerry Lewis was in, besides The Day the Clown Died).

As much as this is a documentary on Vonnegut, it’s just as much a documentary on Weide coming to terms with the death of a friend. It’s not just about who Vonnegut was, or about losing a dear friend. It’s about more than that, it’s about how time moves so fast, and how quickly things can change and be taken away from you. As Vonnegut states in the film, when reminiscing about his mother who committed suicide, “I think of all that’s gone and will never come back.”

I must admit, as a personal fan of Vonnegut, this film reignited my love for his work. On that note, I can’t imagine anyone else not wanting to grab one of his books after seeing this film.

As a fan, I’m grateful for Weide to have finished this film after all these years. This film surely will become one of my favorite films of the year.

One hopes that Vonnegut could somehow see this film from the other side. I’m sure he would have loved it. Even more so, one hopes that somehow Weide would receive this message from beyond the grave; with a phantomic Vonnegut puffing his ectoplasmic Pall Mall, telling his dear friend that he “nailed it”.

Thank you for reading! What are your thoughts on Kurt Vonnegut: Unstuck in Time? Comment down below!

‘The Truth’ Pits Binoche vs. Deneuve

What Would You Do if You Forgot the...