In practice, 'The Help' is far more regressive than it is progressive. 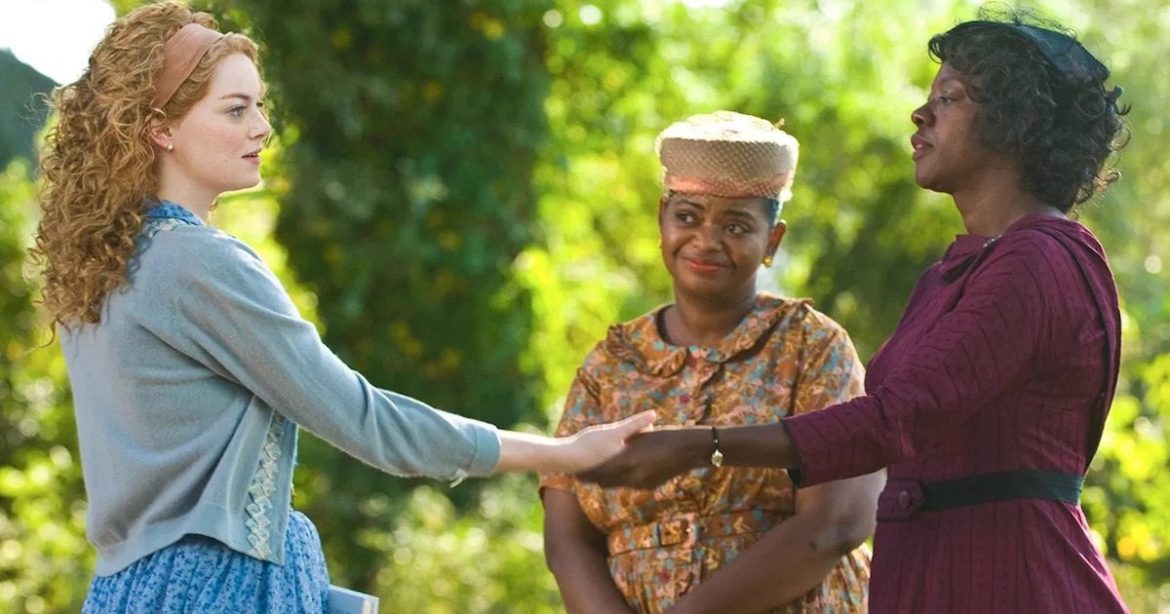 I’ll admit that I’m not the foremost scholar when it comes to racism. I’m a white girl from the Intermountain West who grew up in a predominantly white world. But, I think it’s important to echo what Black critics have said in previous writings about The Help and whether it should be as revered a movie as it is.

The biggest problem with The Help is that it waters down the problem of racism until it’s literally a black and white issue. It’s a movie that you would use to educate your extremely racist relatives about race relations, but maybe not the best for those who are already making an effort to address the issue.

I’m not saying that The Help is a bad movie in every regard. While I don’t think it fully addresses racism, in some aspects, it’s still a charming story about people coming together and loving one another. It shows barriers broken by caring and human compassion for others. But, can the subject of racism be broken down that simply?

The problem for many in identifying racism nowadays is that it isn’t cut-and-dry, at least not all the time. Racism isn’t just a white lady advocating for separate bathrooms for the Black women that raise their children and take care of their home. It’s not just the Ku Klux Klan wreaking havoc. That’s the type of racism that The Help depicts, but it’s oversimplified and trivialized. Of course, that type of hate still happens far too often, but it’s accompanied by more subtle forms of discrimination.

Racism also comes in the form of higher poverty rates among Black people. It comes in higher incarceration rates, lower wages, higher unemployment, lower quality of life, and far more. The Help shows this to a point, but it places it at a safe distance away from the viewer, so true reflection or interrogation isn’t an option. Watching The Help, the viewer can assume that racism is dead and they are not part of the problem.

The biggest problem with The Help is that it heavily plays into the “white savior” trope. Instead of showing Black people saving themselves from bad situations, there has to be a white person to come to their rescue. Skeeter plays the white savior to Aibileen Clark (Viola Davis) and the other maids in Jackson. The Help makes it seem like without Skeeter, the abused maids would have never risen from their positions and taken back their freedom.

While The Help tries to be a beacon for Black power and strength, it ends up weakening the sentiment. It shows that without the help of a kindly white person, Black people will not be able to better their condition. It’s inadvertently racist and most people just don’t realize it because it’s presented in such a positive light.

This is even present in Celia Foote (Jessica Chastain), who is supposed to be the sympathetic character. While she is generally nicer to the maids and ignores much of the social cues regarding how people thought they should have been treated, she’s still problematic. The biggest issue with her character and her husband, Johnny (Mike Vogel), is that they also play into the idea of a kindly white person there to “save” Minny (Octavia Spencer). Though they do tell her she is free to find another job, they also offer the maid job for the rest of her life, which isn’t exactly freeing. It just further perpetuates the idea that in order for a Black person to survive in America, they have to rely on white people.

Is It Still a “Good” Movie?

Yes and no. The Help is effective in that it tells a story in an engaging way and hooks its audience in from the get-go. But it doesn’t necessarily accomplish what it sets out to do, which is show true racism. What it shows is a trumped-up sense of racism that is easier to visualize. I like to call it “boomer racism.” It’s the kind of movie that appeals to older people who don’t necessarily understand the nuances of racism as they have evolved over time. To them, racism ended in the 60s. Of course, I’m doing exactly what I shouldn’t, which is generalize an entire group of people. Not all older generations are like this. But it does hold a certain appeal for people who may find it harder to grasp the smaller aspects of racism.

If you’re looking for a baseline feel-good movie, The Help is a possible option. It shows people working together despite differences in order to better the lives of those less fortunate. If you want a movie that will actually show racism in a complicated light, The Help is most definitely not your movie.

Thank you for reading! What are your thoughts on The Help? Comment down below!

It’s been a while since I watched this film, but I’ll admit I never fully completed it.

Some good thoughts on racism to chew on tho. Is this still a relevant article that we need to instill in, or merely a historical artifact that is necessary to reflect on?

If we’re being honest, I don’t think racism is really that relevant to our political discourse anymore. But then again, I’m just a white bay admiring a white girl’s voice?

The politically correct subversion of our language has cowered our folk into submission: i.e
“How can one selectively interpret the “noun suffix” ‘ist’ to mean “hate” when in fact.. It means “love”

These (((Central banker crime families))) puppet all governments to war with their own folk and other nations using the “Democracy trick” to displace and demographically replace global populations having plundered there land, assets and inserted another (((Jewish central bank))).

You may not be “the foremost scholar,” but you have it nailed. “The White Savior Trope” is a movie narrative I have been discussing (and kind of complaining) about for years to friends and family. Yes… it is a feel good thing, and as a moderately successful black man; I can attest to the fact that I have had more backing from good white people than I have had enemies. But to get to where I am now, I still had to do the work. And always far better than the expectation.

That said… I have said for a long time that it does send a very subtle signal to everyone involved about their “positions” in life, and those are usually detrimental. Either an overly powerful one to some, and/or an extremely “weak” one to others. And that does kind of put a little asterisk beside this movie for me. As a people helping people movie, I enjoyed it immensely. But I have never been able to take a civil rights position on it. It does not show the subtle (or not so subtle these days) forms of racism and ultimately classism that hurts every single human being on earth and surely should not be used as a marker for our progress.

Well done ma’am! I think Octavia Spencer would agree with you. Thanks for sharing.