Daniel Roher's doc is more gripping than almost every spy thriller of the last decade. 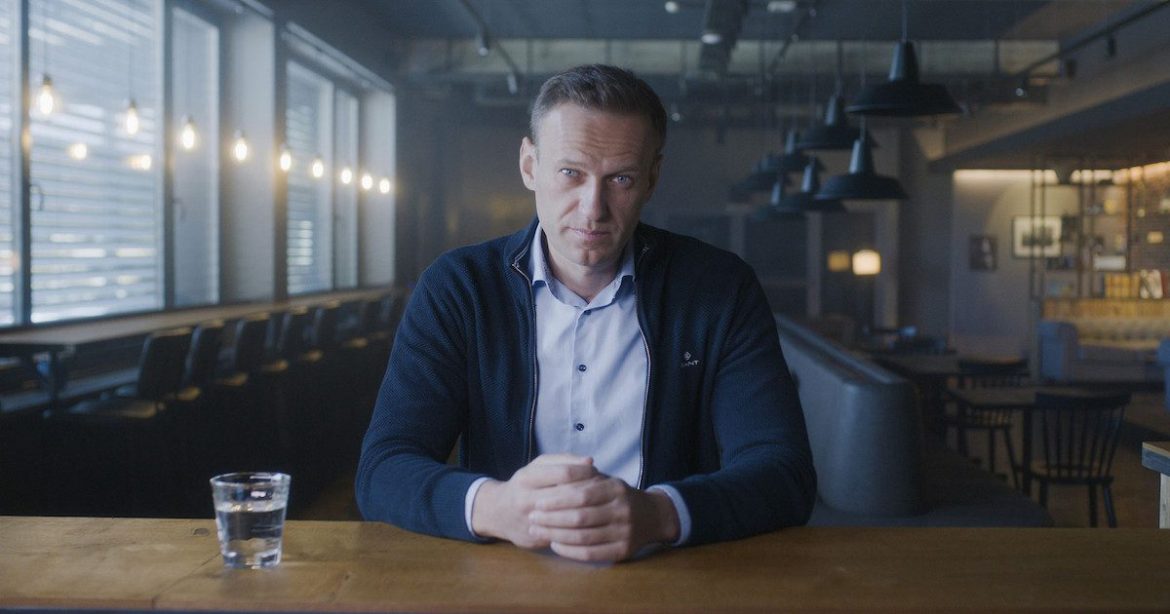 The reported heinous acts committed by the Russian government sound like something straight out of a 1970s political thriller. And that’s probably exactly how they like it. “If you want to kill someone,” Alexei Navalny says in his own documentary, “just shoot him! Jesus Christ!” Except, killing in such a blunt manner is harder to spin to the media. Poisoning someone with a military-grade nerve agent that disappears from their system within a few hours? That sounds just ridiculous enough to be able to hide in plain sight.

Alexei Navalny is a fearless Putin critic and, at one point, served as his greatest opposition to office. As he grew in popularity, harassment from Russian officials (as you might expect) grew too. Until the day he was poisoned while at the airport. Navalny shows cellphone footage of the poison kicking in on the flight, the opposition leader cries out in pain as he writhes on the floor. He was quickly ushered to a Siberian hospital after the plane made an emergency landing, but once there, it was immediately clear with the abundance of Russian police officers circulating the halls that Navalny was still in significant danger. Luckily, he was escorted to Germany, where he recovered from the attack for some time.

Navalny picks up with its subject after many intense months of rehab. With him thankfully still around, Navalny describes the downright terrifying details of his assassination attempt while we also follow the mind-boggling investigation to find his assailants and incriminate the Russian government, which has enough insane revelations that you would think this story was far-fetched if depicted in a dramatization. The first of which involves Bellingcat journalist/hacker Christo Grozev who, with a few thousand dollars and an afternoon to kill, finds the prime poisoning suspects on the dark web with an alarming amount of ease. Another is possibly one of the most riveting scenes ever put in a documentary, in which Navalny calls the suspects and actually gets one of them to confess to the entire plot. Seriously, it’s one of the most gripping scenes I’ve ever seen in a movie.

One of the other striking pieces of the documentary is seeing how Navalny has resorted to YouTube essays and tweets to push his anti-Kremlin agenda. You could even consider him to be a bit of a troll. He’s also a bit of a manchild who likes to play Call of Duty on his phone when he isn’t teaching his daughter how to make better TikToks to overthrow a tyrant. Director Daniel Roher doesn’t shy away from interrogating the more complicated aspects of his personality, including that he has ingratiated himself with white nationalists who aren’t the biggest Putin fans either. You certainly don’t leave Navalny with an entirely rosy picture of the man, even if he deserves immense sympathy for his situation. But he does make for an entirely grossing (and scary) documentary about the fight for a brighter future in Russia.

Thank you for reading! What are your thoughts on Navalny? Comment down below!

‘Money Machine’: Disturbing and Sensational (Not in the...