The Adams Family Go From Strength to Strength 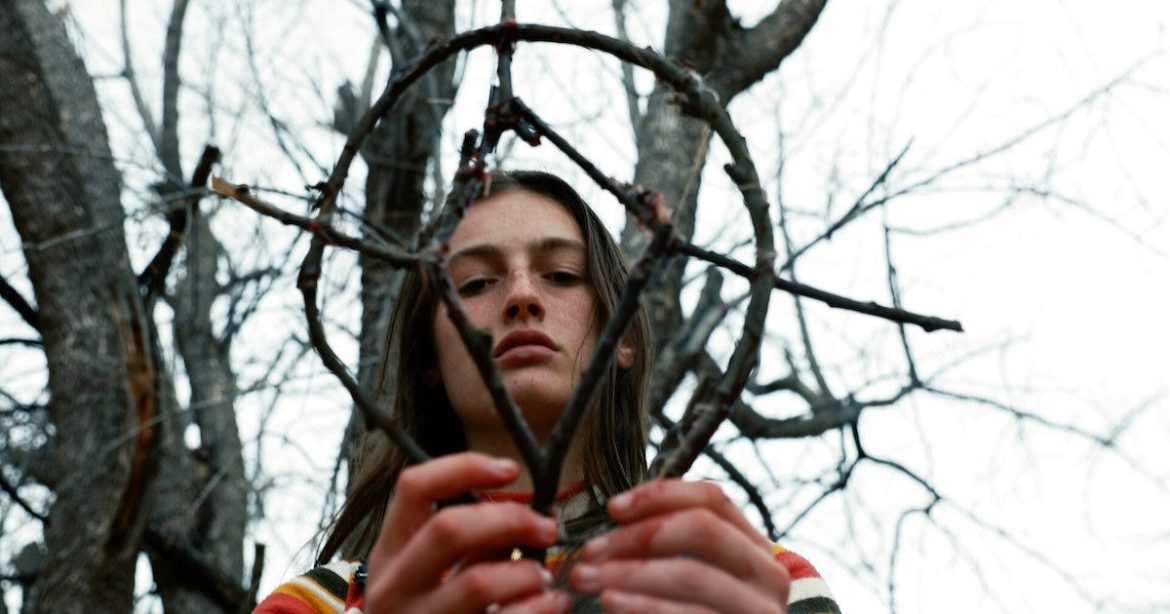 Hellbender is a family affair, in that it is written, directed, performed, costumed, edited, and probably catered almost entirely by the Adams Family. I’ll get that out of the way early because a lot of the coverage of their work focuses on it in a “novelty aspect” way and this movie deserves better. Certainly, if the credits weren’t shown, nobody would assume it was made with that level of skeleton crew.

It has the feel of low-budget indie horror, yes, but it has ambition and depth beyond what those genre associations might make you think. And an ability to “show, not tell” that all too few scary movies have.

After a short prologue with a hanging not going well for the executioners, we move to the present day and the remote Oregon woods where teenager Izzy (Zelda Adams) and her mom (Toby Poser) live an idyllic if isolated life. Izzy is entirely isolated due to being “sick” in some way. They draw, they enjoy nature, they play as the band H6LLB6ND6R (more on that later) and they make the occasional ….potion? Anyway, they seem pretty happy, but Izzy clearly has some desire to see more than their mountainous corner of the world. Her curiosity is piqued further when a lost hiker stumbles across the pair. That glimpse of the wider world inevitably leads to her looking for more human contact and it gradually becomes clear why her mom has retreated to the mountains.

The film does an excellent job of gradually letting the audience in on more and more of the realities of the lead pair’s existence. Each time you as a viewer feel you have a handle on who or what they are, the film ramps things up a little more. There are shades of The Craft in the way magic is shown to be fun and rock and roll, but also addictive and dangerous.

It makes for some vibrant interludes in the movie and injects a vital sense of fun into the lives of the characters that explains how they could remain so isolated without developing cabin fever. There are a lot of stories featuring kids with powers being held away from the world and it’s almost always used as the springboard for a violent explosion when they finally break free. From The Boys to “The Institute” by Stephen King to X-Men 2, it’s almost a sub-genre of itself, the child too powerful for this world, being hidden away or even shackled against their will then taking violent revenge.

Hellbender is more interesting in that, as much as the mother wants to keep Izzy away from the world (and she reacts like a twitchy guard dog to any intruders into their idyll. An idyll covered in “Keep Out” signs, including a quite brilliant one reading “Beware of….Well, just beware”) when Izzy meets some local teens, she only tells her contact is a bad idea. She doesn’t lock her away. It’s a grounded, realistic depiction of the boundary-pushing/rule easing that goes on between parents and adolescents.

So, What Is a Hellbender?

The use of potions and Blair Witch-esque totems suggest that Izzy and her mother are the kind of woodland witches that populate Grimm fairy tales. But they’re something more primal. Not just people using magic but “a cross between a witch, a demon, and an apex predator.”

There’s the feel of deep lore and history behind Hellbenders. Especially for a movie that gets in and out in less than 90 minutes. The film never needs to sit down and go, “This is thing X. It drinks blood/grows fangs on a full moon/can’t eat after midnight,” but spins a realistic world through half-mentioned stories and folk poems that could be adapted from real olden days ones or could have sprung fully formed from the writer’s imagination. The fact it’s impossible to tell if they’re from the 14th century or six months ago is a real feather in the cap of the writers.

Following on from their previous spooky film The Deeper You Dig, Hellbender builds on that solid horror and is a movie that suggests there are plenty more scares to come from the makers.

Thank you for reading! What are your thoughts on Hellbender? Comment down below!