Michael Caine and Aubrey Plaza make for a surprisingly fun pairing in this lightweight satire/sincere dramedy. 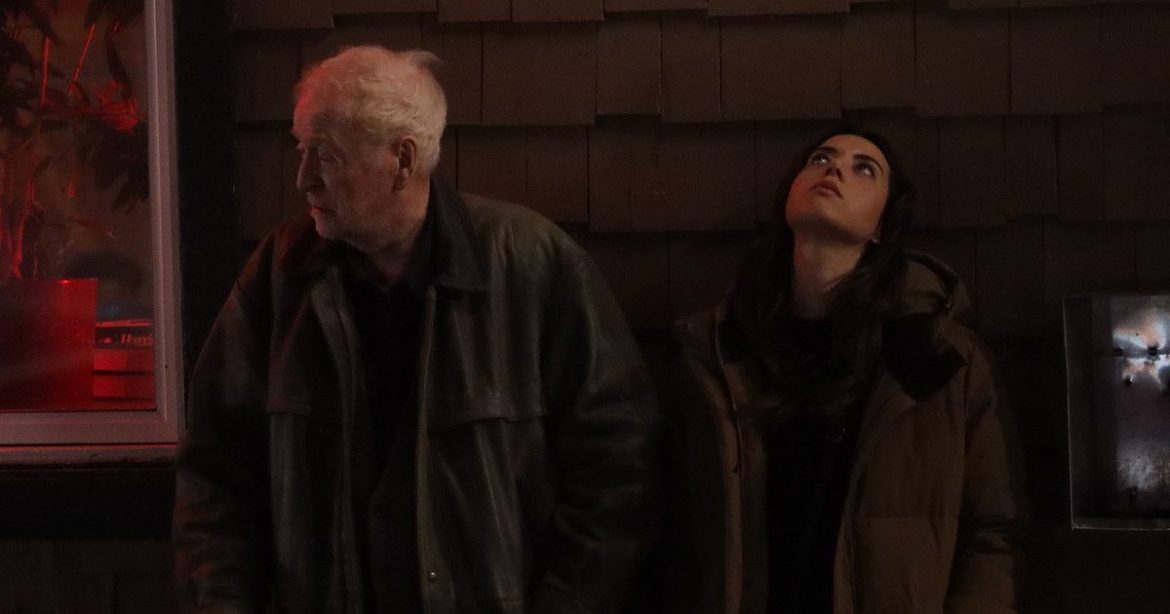 Can the literary art form still survive in this hyperactive, Twitter-operating, modern age? Bookworms venturing through desolated libraries and soon-to-be bankrupt bookstores may find themselves out of time, yearning for a time where a 400-page book held more value than a 28-word tweet. They would imagine themselves as beat poets, or another anarchic voice raging against the establishment, giving their own vision of the continued disillusionment of the American dream.

But as Slim Charles, one of the major characters of HBO’s The Wire (prestige television coming closest to the intricate majesty of great novels), would state: “the thing about the old days, they the old days”.

The dramedy Best Sellers examines literary fame in the modern world. Initially starting out as a lightweight satire before revealing itself to be a heartfelt character drama.

Aubrey Plaza stars as Lucy Stanbridge, the neurotic head of a declining publishing house, who’s constantly under the threat of a nervous breakdown due to the ever-decreasing stock value of her company. Her goals for maintaining the company have less to do with money and more to do with continuing her father’s legacy, a well-respected editor/publisher, who left her the company. This is much to the chagrin of Jack Sinclair (Scott Speedman), who was her father’s dutiful protégé and who constantly seeks to buy the company out from her.

Desperately seeking a talent to save her company, she finds an active contract for writer Harris Shaw (Michael Caine), whose debut (and only) novel left a lasting impression. According to the contract, he still owes the publishing company one more novel. Unfortunately for Lucy, in the forty years after this, Shaw has become a maniacal recluse, spending his days drinking scotch, smoking endless cigars, and talking to his dead wife. Initially, Shaw outright declines Lucy’s insistence but as the bills keep piling up, and his house is being foreclosed on, Shaw has no choice but to accept the offer.

Unfortunately for Shaw, one of the stipulations of the contract is that he needs to actively promote the book. This means that he needs to go on tour. Lucy accompanies Shaw as they travel via car through the American landscape. Predictably, Shaw takes an instant dislike to Lucky, nicknaming her ‘silver spoon’ due to her affluent upbringing.

Presenting himself in an orderly manner is not something the alcoholic Shaw is accustomed to. When Shaw goes on stage, instead of reading from the book, he goes on a foul-mouthed rant (often consisting of one word, “bullshite”) and even urinates on the published book. These drunken outbursts certainly entertain the audience. Even his casual usage of “bullshite” becomes a memetic catchphrase among the cynics and hipsters, though none of it leads to book sales.

Lucy tries to convince Shaw to change his attitude, telling him how about the importance of marketing, how important it is to have ‘followers’ online — “Christ has followers, it didn’t end well for him,” Shaw memorably reminds Lucy.

A different approach to marketing changes the game and soon Shaw’s book becomes a best seller. A night of drunken truth-telling and a surprising act of empathy even brings the pair closer together.

It’s a delight seeing Michael Caine do a despondent Charles Bukowski — Harris Shaw’s drinking would even impress good ol’ Chinaski himself. But beneath Shaw’s hardened veneer, lies real pain. Caine never lets us forget that Shaw is a suffering alcoholic, not some amusing drunk.

Once Shaw can’t drown his grief with booze, and his defenses are down, we witness the psychic wound eating away at him. To state the obvious: Caine gives another magnificent performance.

Aubrey Plaza has long transcended her snarky dry comic persona, having proved her mettle in many intriguing indie dramedies. In Best Sellers, her natural likability is on full display. But similar to Shaw, there’s a pain as well. Her internal struggle with her father’s legacy and wanting to prove herself, culminates in an arc that’s resolved satisfactorily.

Best of all, the chemistry between the two is so good, you wish they had their own Odd Couple franchise. It’s their pairing that makes up for some of the script’s predictability and lack of sharp satire.

The film’s mourning for a more substantive culture is understandable. The jabs against the anti-intellectualism running rampant throughout America, is easy to cheer on. There is the undercurrent of thematic depth, but not enough.

There’s the pursuit, or rather, the struggle between truth and artificiality (or as the writer states, “bullshite”) and how fame can distort a work of art. It also tells of the importance of artists not giving into overt cynicism, as that can often lead, or even mask, another type of hypocritical fraudulence — but all of that is obvious.

The fury is there but not much else. Similar to most of Harris Shaw’s stage rants, it’s entertaining, truthful but not insightful. We already know that most people don’t value great art. Surely there is more to tell.

By the film’s third act, the humor has been completely depleted from the narrative, as dramatic revelations, concerning both the past and present, make this impossible. What initially starts as a lightweight affair, soon gains added poignancy. A part of you wishes the film would go a different way, but it’s hard to deny the perfect note it ends on.

Thank you for reading! What are your thoughts on Best Sellers? Comment down below!