The Amazing Cast of ‘The Hunt for Red October’ 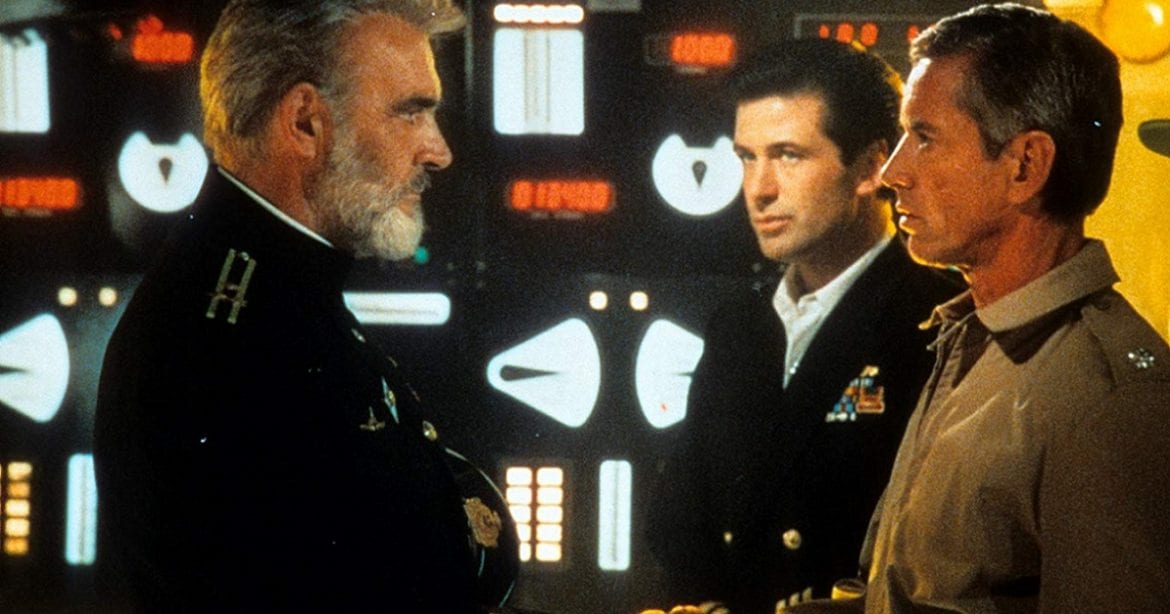 The Hunt for Red October has always been a favorite movie of my family. I don’t know what it is about a Soviet commander defecting to the United States in a nuclear submarine that I love, but I love it all the same.

One of the main reasons I love this Tom Clancy adaptation so much is because of the casting. Alec Baldwin as Jack Ryan seems odd at first but ends up paying off quite well. The Scottish Sean Connery as Soviet Commander Ramius also seems odd but it ends up being quite a beautiful performance as well. Every other role is filled with an amazingly competent actor or actress and makes the whole story seem a lot more realistic. Together, the cast creates an action-packed Jack Ryan film.

Every Alec Baldwin performance is a toss-up. Will he be crude and hilarious like in 30 Rock? Is it going to be completely off-the-wall like Thomas and the Magic Railroad (2000)? Will it be badass like Glengarry Glen Ross (1992) or The Edge (1996)? You really never know what you’re getting into when you see Alec Baldwin next to the title.

The Hunt for Red October is, thankfully, one of his greatest performances. Before his never-ending slew of controversies, one could see Alec Baldwin as a generally good guy in Jack Ryan. That personality comes through in this performance. Though he is dealing with some dangerously scary things, he retains the “good guy” demeanor that makes us all love the ex-Marine.

It’s important to note that this was the first of the Jack Ryan film series. If this one had flopped, one wonders how many others there may have been. I would venture that Baldwin’s performance is a major reason that we enjoy so many other Jack Ryan films.

Yes, it is strange that a Scottish man is playing a Soviet man, especially since he makes no attempts to mask that Scottish accent. Yet, it still seems to work out, as I just imagine it as a thick Russian accent.

Sean Connery has a unique quality about him in that he can play both soft and hard. For when he is reminiscing about his deceased wife or conversing with his comrade, he has a sweeter, more relaxed side. When he is shouting commands at his subordinates, he has a hard side that no sane man would ever want to cross. With Connery, you get the best of both worlds — an acting gold mine.

Casting James Earl Jones as Admiral Greer was one of the better things done in the Jack Ryan films. Though it was strange to have him span three different movies with two different actors playing Jack Ryan (Harrison Ford in Patriot Games and Clear and Present Danger and Alec Baldwin in The Hunt for Red October), it wasn’t necessarily something I questioned too much, mainly because I adore James Earl Jones.

Having him play the no-nonsense Admiral Greer was such a great decision. He has the hardness of a military man but the humor of a family man. Of course, he has friends all over — high and low places — because of his charming personality and friendliness. And he makes the perfect mentor for Jack Ryan, as he portrays an almost palpable sense of knowledge and experience.

I could not write this article without at least making a passing comment about James Earl Jones’ golden voice. It always seems to fit whatever role he is in. It especially fits the role of Admiral Greer because of his commanding presence. Honestly, who doesn’t love James Earl Jones’ voice?

Tim Curry always makes a great anti-hero or antagonist. The Hunt for Red October is no different in its casting. In this movie, Curry plays Dr. Petrov, the nosy but well-meaning doctor. At least, he was well-meaning in that he had a strong sense of loyalty to the Soviet Union, unlike Ramius.

Maybe it’s his features, maybe it’s his voice — whatever it is, Tim Curry makes it work for every unsavory character he plays. Though Dr. Petrov isn’t necessarily a horrible person in The Hunt for Red October, he isn’t exactly the guy you root for either. Sometimes that doesn’t play out well in movies — sometimes an actor’s infectious personality just makes it so you have to root for them (see every Loki stan during The Avengers).

Tim Curry is able to steer clear of that territory. You don’t necessarily feel bad when Ramius dupes Petrov into thinking that the submarine is going down, but you are happy to see that he doesn’t die. While it may not be what he or any other actor wants, Tim Curry has always been a spectacular character actor and he proves it here.

The Random Guy on the Plane

I’m a big fan of this guy who offers a queasy Jack Ryan a candy bar on a plane careening through turbulence. The fact that he has not received an Oscar is a crime.

Thank you for reading! What are your thoughts on The Hunt for Red October? Comment down below!

[…] she needs”, and he’s one of the good guys. This is from a 21st-century movie, not a Connery-era Bond film. This casual dismissal of the character is extended to the rest of the movie. She has […]

Definitely a great cast to me, four favorite male actors working the screen. The movie hewed close to the book, too (which I had enjoyed) so was v. happy with the movie. Thanks for the reminder about it.