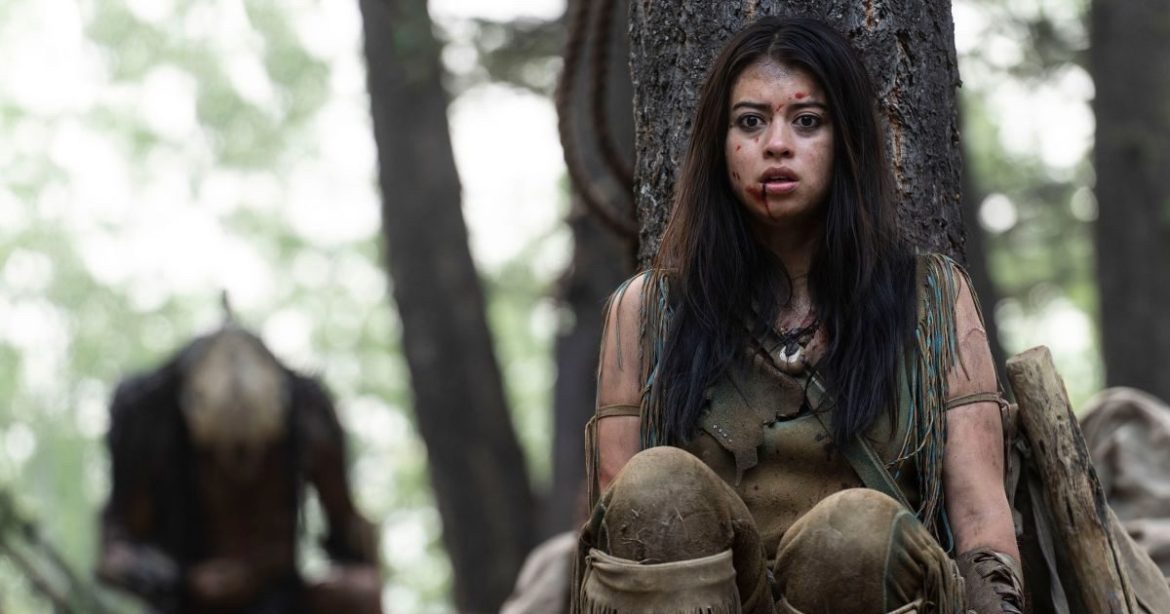 THIS REVIEW FEATURES SPOILERS FOR PREY.

I’m going to start this review with a hot take: there are no bad films in the Predator franchise.

For those of you reading past that first sentence, I will attempt to explain my position. I am not here to argue that the four films predating the latest entry in this iconic monster franchise are great films, I won’t even argue that some of them are good films *cough* The Predator *cough*. However, I will argue that all of them are a gory fun time at the movies. In my personal opinion, not every film, particularly campy monster films, needs to be high art. I’m fine with a film being stupid as can be *cough* The Predator *cough* as long as I have a good time. What I will say is that prior to this year, there was only one great film in this franchise, which is of course the 1987 original. I don’t consider that film to be perfect, however, it is undeniably effective, badass, and iconic.

Prey is the next great film in the Predator franchise, and in many ways, it exceeds the original.

Prey takes viewers back 300 years to the Comanche nation where our hero, Naru (Amber Midthunder), spends her days attempting to prove herself to her tribe. She aspires to be a hunter, and convinced that she has the skills and intuition needed to meet this ambition, she sets out to find an unknown beast that threatens her territory.

At this point in the review, I want to say that I’m not even going to empower the few fragile incel losers who cannot fathom the notion that a fictional woman could take on a fictional alien. If you expect this review to be me wasting my time refuting easily refutable points, then you have come to the wrong place. I only mention this because, unfortunately, it seems to be dominating the discussion surrounding this film.

One of the many things that makes Prey so great is the character of Naru. What this film understands that no other sequel has is that the original Predator is an incredibly simple film. Naru is a character with a simple ambition: to find her place in her tribe. In comparison, the character of Dutch in the original has a simple ambition: survive. By establishing a goal in the opening moments of Prey, it makes the character of Naru easy to root for. She’s also incredibly intelligent and insightful, constantly learning from her interactions with her environment and her enemy.

Amber Midthunder is a force of nature. This feels like one of those films where you are watching the birth of a movie star. Dakota Beavers, who plays her brother Taabe in his first acting credit, is great in his own right. It would be really easy to go the standard route of having Taabe be the egotistical asshole who is the constant rival to Naru, however, their relationship is one of respect and care.

How this film calls back to — and innovates upon — the original is really smart. Prey does not feel like it is a slave to fan service. I got literal chills in the scene where Taabe delivers the classic line, “if it bleeds, we can kill it”. The setup and payoff involving the plant that “turns your blood cold” as a way to mask heat signatures from the Predator is equally smart.

It was such a smart subversion of expectations from the early sequence involving Naru getting stuck in the mud. I was a bit worried the film would just lazily recreate that sequence from the original. Prey is essentially the final 20 minutes of the original where Dutch has only his wits to take on the Predator. It captures that primal urge to survive and overcome the threat in the same way.

A massive amount of praise belongs to director Dan Trachtenberg. Full disclosure, I have been a fan of Trachtenberg’s since I was 12 years old back in the days when he hosted The Totally Rad Show. Trachtenberg is a major part of why I love film, and his weekly perspective in The Totally Rad Show informed the way that I watch and look at it. With all that said, I was definitely rooting for this film to succeed. However, between this, his TV work, and the excellent 10 Cloverfield Lane, what strikes me about Trachtenberg is how confident of a director he is. He has such a clear understanding of how to execute sequences.

There are some incredibly satisfying moments in Prey. Especially the sequence in which the Predator absolutely tears through the French trappers. Trachtenberg knows exactly what to do in that sequence and that is to show the grisly mutilation of the characters who, in only a few scenes, have earned the viewers’ hatred. Trachtenberg has an obvious grasp of visual storytelling. As a massive fan of the Uncharted games, it literally hurts me thinking of how great his version of that film would have been before he left that project due to “creative differences”.

The most common complaint among viewers is the CGI. Frankly, the use of CGI animals was unavoidable. There was a semi-viral tweet of some guy saying something to the effect of, “why did they CGI a bear? We have bears?” which sent my head absolutely spinning at its stupidity. However, I wish the gore had utilized more practical effects — CGI blood always looks fake.

Additionally, like the original film, Prey shouldn’t have shown or given any indication that the Predator was around until the characters discover it. We get it, it’s a Predator film, but the suspense of Naru not knowing what the threat is would have been more effective if we were made to wait to discover it with her in the bear sequence.

Ultimately, this film just kicks so much ass that I would recommend it to anyone even mildly interested. It’s a crime that I couldn’t watch this film in a theater, because it truly feels big.

It’s pretty great to see a film with this type of representation for Native Americans. I love the idea of the Predator being a monster that has come to the Earth at different times in different places. It is great to see a franchise film that actually feels fresh and interesting from a creative team that feels passionate about it. I am left anxious to see what Dan Trachtenberg does next with his career. If his first two films are any indication, we just might have a great blockbuster filmmaker in him.

Thank you for reading! What are your thoughts on Prey? Comment down below!

I Tried Holding My Breath Underwater and Nearly...