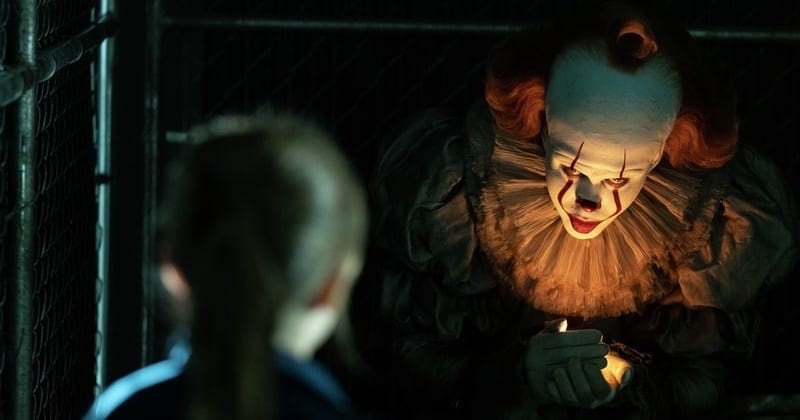 Horror movies wouldn’t be the same without horrifying monsters to chase the protagonists. Godzilla would be nothing without the giant radioactive lizard. What is King Kong without, well, King Kong?

Throughout history, humans have created behemoths of legend and fear. Monsters are such an integral part of our culture that it’s hard to imagine a society without monsters. Even something as innocent as a child’s doll can be a monster.

Let’s take a look at some of the more iconic monsters. Please note that while many of these monsters are from horror films, many of them aren’t. The great thing about monsters and vicious otherworldly creatures is that they span multiple genres and can pop up in any type of movie.

Werewolves from An American Werewolf in London (1981)

While great white sharks are not monsters in reality (and should be protected at all costs!), Bruce the shark (or Jaws) certainly is something to be feared. In the original Jaws film, the mere name of the man-eating shark is enough to evoke chills. With some skilled building and camera techniques, Steven Spielberg created a generation of hydrophobic teenagers. And who wouldn’t be afraid of Jaws? The giant shark seemed to have no qualms about who it ate, when it ate them, or how it had to eat them. A creature with that magnitude and brazenness is enough to strike fear into even the most stoic of hearts. Jaws defined a genre that many other movies after have tried to emulate but could never quite hold a candle to. I’m looking at you, The Meg (2018).

Frankenstein may not be the name of the creature, but it is the name of the monster if you catch my drift. If you’re going to bring life into this world, you have to be prepared to love and take care of it, Dr. Frankenstein. Otherwise, your sad creature will wander the Earth and kill people.

For such an iconic character, there really aren’t that many great Frankenstein movies out, which is a shame. The creature has such a tragic motive for wreaking the havoc it does and it has such a great potential for a modern horror movie. From its disfigured face to its choppy movements, the creature is really a bastardized version of a human; the fact that it is so close to a human yet so far away is what brings that horror to life.

Anything that can shape-shift is immediately scary to me because you never know where it could be and you can’t trust anyone. And there won’t always be a Kurt Russell around to save you. More than anything, The Thing is just gruesomely violent. Once you watch it rip apart some dude’s head, you won’t be the same. The Thing’s grotesque features and unending desire to kill make it a deadly, horrifying monster. Even its blood is terrifying, as it can take on a life of its own and shrink away from pain; that’s just not natural. Like every other great 80s horror flick, The Thing knew how to blend the grotesque, the violent, and the terror to create a memorable monster.

Like I said, not every monster on this list is from a horror film. Some of the best monsters come from fantasy or sci-fi movies, as the rancor proves in Return of the Jedi. Though he falls victim to Luke Skywalker’s cunning intelligence, the rancor is a formidable monster. It is everything a good monster should be: strange, grotesque, strong, and overall just ghastly to look at. The snarling, drooling, snapping rancor is a thrilling part of the conclusion to the original Star Wars trilogy; the only thing it lacks is screen time. Our favorite space monster only receives maybe five to ten minutes of action before Luke crushes him, which is quite a shame honestly.

We would literally never have to see this creature if the stupid girl had heeded the advice not to eat or drink anything from the Pale Man’s table. But she had to eat a grape. Out of everything on the table. She took a grape. And nearly died for eating the grape. And didn’t think that the pictures of the Pale Man murdering children all around the Pale Man’s chamber had any significance. She deserved to be murdered by the emaciated pale monster with eyeballs in its hands. She deserved to get her head bitten off like the faeries that died trying to save her. Leave the poor terrifying Pale Man alone! He just wants to be scary and eat grapes in peace!

I really don’t watch horror movies that much and I feel like Pennywise is a big part of that. Clowns were originally supposed to funny for children and make people smile. Pennywise is far from that. He morphs into horrifying things and has long pointy teeth and makes terrifying noises and I don’t really want to look at him anymore. It’s this distortion of something that should be innocent and sweet into something sinister that really throws the audience off. As humans, we hate dissonance — it scares us — and Pennywise is the epitome of dissonance. That and the fact that he bites little boys’ arms off is probably why we fear him so much.

The Predator is actually quite an aesthetically pleasing monster. While much of the time the Predator prefers to be invisible so it can fool Arnold Schwarzenegger and all his equally well-muscled friends, the silvery metallic figure of the Predator is gorgeous compared to the hideous creatures in this list. Not to mention that this monster is a lot more deadly than the other monsters that we’ve had on this list. Sure, the other monsters may kill more, but the Predator has a precise accuracy that means nearly all of its targets die. The Predator is definitely a monster you do not want to be on the bad side of. Unless you have a chopper to get to.

Aliens are scary, at least Xenomorphs are. Luckily, we have Sigourney Weaver to save us if anything goes wrong.

Xenomorphs are the ultimate apex predators of space. They have a deadly precision much like the Predator that allows them to be highly successful with their kills. Of course, like any horrifying monster, it has multiple sets of teeth because just one row of jagged, bloody chompers isn’t enough. Its strength greatly outdoes a human’s and can take out nearly a whole crew of a spaceship in a little under two hours. Like I said though, as long as we have Sigourney Weaver, we’ll be okay. I hope.

May I just say that this version of King Kong has the most cutting-edge graphics of all-time? Just kidding — it’s dreadful (though still good for 1933). This version of King Kong may not be the most exciting or gruesome or have the best graphics, but it is the movie that started our obsession with the big gorilla. King Kong was frightening and evoked terror in audiences, but, like Frankenstein’s monster, he had a side that made people sympathetic to him. All he wanted was to have a pretty lady and be left alone. But apparently, America won’t let you kidnap people and take them to the top of the Empire State Building, even if you are a giant gorilla with some wicked teeth.

The reason this big guy is so timeless is simply that sometimes we all feel like climbing up the walls…or buildings.

Ishiro Honda, thank you for bringing giant lizards into the science fiction movie genre. Is Godzilla thought-provoking? Not really, but I really like watching Godzilla stomp through a city and destroying everything in its path. Godzilla is iconic. Without our giant reptilian friend, we wouldn’t have the Godzilla movies we have today, nor would we have hits like Pacific Rim (2013) or Jurassic Park (1993). Can you imagine living in a Godzilla-less world? What a sad world that would be.

I love you, Godzilla.

Thanks for reading, and listening! What are your thoughts on the top 10 best movie monsters? Comment down below!

'Guillermo del Toro's Cabinet of Curiosities: Dreams in a Witch House' - This Episode Has "Gnawing" Problems - MovieBabble November 7, 2022 - 10:21 am

[…] this episode is a stunning piece of television. It looks like it takes place in the same world as Pan’s Labyrinth. It has that same, dreamy, fairytale feel to it. A place of imaginative wonder and unbearable […]

Excellent top 10 list! Great choices and I was amazed by reading the dates that these movies premiered. I like to watch classic movies and this post has me excited to watch these listed again.

BTW, I agree that Godzilla and King Kong are the two best…