Steven Spielberg is back with what might just be his most personal film to date. 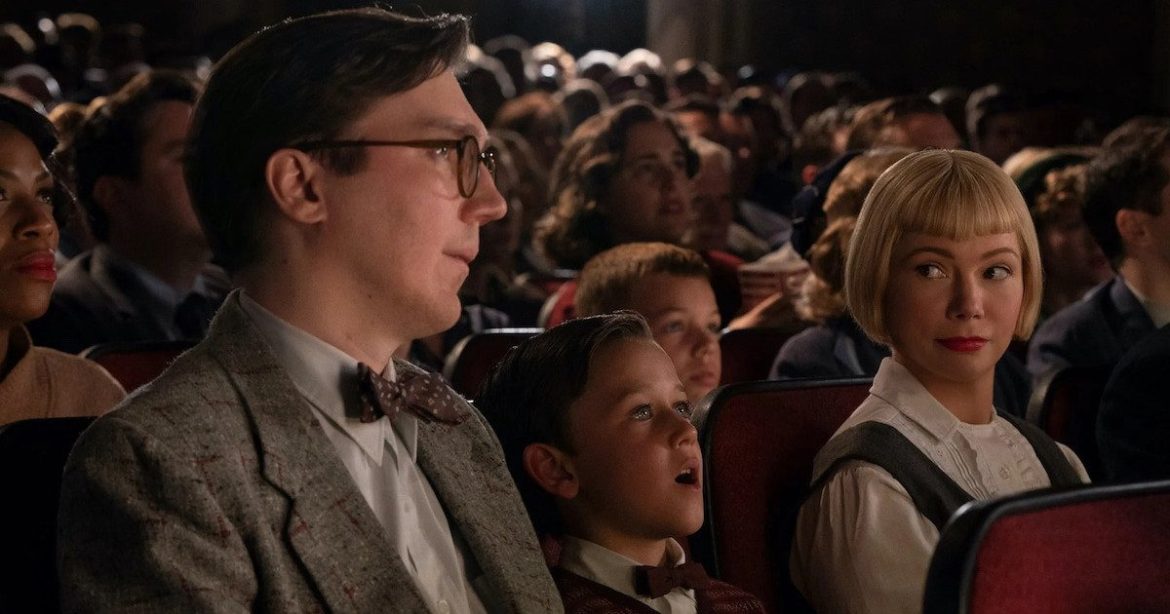 Steven Spielberg has offered plenty of magical dreams over the years. It’s redundant to list his filmography as his repertoire speaks for itself. Steven Spielberg is a name synonymous with film. His iconic status is otherworldly, and he is cinema’s most household name. No director in the last fifty years has made a name for themselves in the way he has. He is a once-in-a-lifetime figure that transcends the medium, and despite now being in his mid-70s, the filmmaking icon continues to consistently release film after film, year after year.

Steven Spielberg’s The Fabelmans is his most personal film to date. A filmmaker that has gone so big for so long, has finally decided to make a different kind of movie. Spielberg’s childhood has seeped its way into every one of his films. His parents’ divorce has led many of his films to feature key elements of the familial structure surrounding divorce and the strained relationship between parents and their children. While these have been major aspects of Spielberg films, they’ve never quite come front and center narratively speaking, until now.

The Fabelmans follows Sammy Fableman (played by Gabriel LaBelle mostly, and by Mateo Zoryon Francis-Deford in the film’s early scenes). He is a young boy who is enamored with moviemaking. He comes from a family that is always evolving around wherever the father, Burt Fabelman (played by Paul Dano), has to work. The rest of the family ensemble includes Michelle Williams (as Mitzi Fableman), and a trio of sisters who are played by multiple different actresses at different ages including Julia Butters of Once Upon a Time in Hollywood fame, Birdie Borria, Keeley Karsten, Alina Brace, and Sophia Kopera. Sammy Fabelman is our little Steven Spielberg. The way his love for moviemaking aids him in dealing with family struggles is a very important aspect of this film’s arc.

Sammy is caught in the middle for most of this film, whether that be in the middle of his parents’ marriage struggles or a group of bullies at school. However, Sammy Fabelman’s greatest internal struggle comes from his own work. A family secret is revealed in a home movie Sammy made that features his whole family, and their father’s best friend Bennie Loewy (played by Seth Rogen, who is great here). The reveal of this secret plays out in a sequence that is masterfully constructed by Spielberg, and it is a sequence that delivers just as much shock and anxiety as it does comedy. One of the major strengths of The Fabelmans is its ability to just make you laugh, while also dealing with heavy subject matter. It’s a straight-up comedy at times, and in being a coming-of-age story it is able to balance the awkwardness and anxieties of growing up with the hilarious outrageousness of it all. This is probably Spielberg’s funniest work, and the staging and blocking here are key in complementing the comedy in the writing.

I went into The Fabelmans with the expectation that this would be much more of a name-dropping style of movie. With the promise of being a Spielberg coming-of-age film, I figured we would see much of what inspired him growing up, with constant references infused into the film’s imagery, much like with Tarantino’s Once Upon a Time in Hollywood. However, this was not the case. I mean sure, there are references to certain films here and there, but the movie is very much a contained one that focuses on the Fabelman family and the people in Sammy’s life, and generally not the pop culture influences around it. While this shocked me initially, it worked. It makes the film more accessible to the viewer, and it will allow the film to be more appreciated by a wider audience. This is uniquely a reflection on Sammy’s journey through childhood filmmaking too, as many of his works are the result of his need to provide accessible works to be appreciated by those around him, whether that be through peer pressure or pressure from his father.

The daddy issues of Spielberg’s career have often been put on display in his works. This made the role of the father in this film a very anticipated one. Paul Dano is really good here, and while he comes across as sort of cartoonish, I feel that is the vibe we are supposed to feel with many of these characters. This is a personal film, but it is still infused with magic and fairytale sensibilities often exhibited in Spielberg’s works. Michelle Williams fits her boots wonderfully as well. She is given a lot more to do here as opposed to Dano, with many of the more emotional and louder scenes featuring her at the center of attention. She is equally whimsical as she is tragic in this, and it will be a performance that will be talked about come awards season.

The real star of the film, however, is teenage phenom, Gabriel LaBelle. This character allows LaBelle to flex so many acting muscles, and he owns it. There is sincere charm here that helps keep you locked into this family journey, and his charm and peculiar wit are infectious.

I will refrain from recounting the roles of Judd Hirsch and David Lynch, who both enter and entertain to the max before exiting out of the film entirely. They are such treasures and both achieve scene-stealer status here.

The Fabelmans allows us to have a peek behind the curtain at one of history’s most famous filmmakers, but along the way, it’s easy to forget that it is a semi-autobiographical picture and slip into the Fabelmans’ story and their family journey. The cast is phenomenal, with the standout being youngster Gabriel LaBelle, who makes his name known with this film. The Fabelmans is just as sentimental as it is funny, becoming one of the year’s very best comedic films. It succeeds where many others have fallen short, at being a sincere ode to family, memories, and, of course, film.

When it ended, I thought it was still supposed to go on for at least half an hour more. This is a testament to the enjoyment of this little Spielberg fable, which is paced wonderfully and ends on just the right note to leave you with a grin as the credits roll.

Thank you for reading! Are you excited for The Fabelmans? Comment down below!