Office Christmas Party stars Jason Bateman, T.J. Miller, Olivia Munn, and Kate McKinnon among other notable actors.  The movie follows Clay Vanstone (Miller) as he tries to save the branch of his company from being closed by his sister Carol (Jennifer Aniston).  In order to keep everyone employed and happy, Clay attempts to through a massive Christmas party in the office in order to lure Walter Davis (Courtney B. Vance) into accepting a multi-million dollar offer so that no one from the company has to be laid off.  Obviously, as the party ensues, things go awry and it’s up to a select few of the company to save the day. I did not go into this movie with much expectations.  A movie called “Office Christmas Party” is not going to win any Oscars any time soon, so I went into this movie just hoping for raunchy, ridiculous fun.  I was really excited about the cast of this movie.  Other than the main characters, there was a ton of really funny people in this movie such as Rob Corddry, Vanessa Bayer, and Jillian Bell just to name a few.  With such talent involved, you expect the movie to be very, very funny.

Since it’s a holiday movie , you always hope that a new Christmas movie will join the ranks of the classics.  Not that I expected much out of this movie, but you inherently want a movie surrounding Christmas to be incredibly enjoyable so that you can come to the holiday season every year and have another great movie to watch other than A Christmas Story and enjoy the most wonderful time of the year.

Office Christmas Party, however, is exactly what you expect it to be when you watch it.  There is no new ground paved throughout the run time of this movie, but there is some laughs to be had.  T.J. Miller, as always bring his A-game and brings a ton of laughs as the lovable loser of the branch of his company.  Miller is responsible for my favorite line of movie which occurs towards the end of the film.  Like in Deadpool earlier this year, he brings the great, over the top, and even somewhat offensive jokes that we needed from one of the main characters in an R-rated comedy.  He received a lot of good laughs throughout the film from the audience.

I also really loved Kate McKinnon as the head of the human resources department of the company that slowly lets go of her inhibitions as we progress throughout the movie.  McKinnon, at first, attempts to not offend anyone by her non-denominational Christmas sweater among other things and then suddenly flips a switch towards the end of the movie.  She almost every scene  with her quick, unexpected quips that you can’t help but laugh at from their absurdity.  She’s great at playing the straight girl to the ridiculousness that is happening around her.

However, this movie clearly has issues which this Office Christmas Party review will get into.

The main characters of the movie are arguably Jason Bateman and Olivia Munn who, unfortunately, are not given much to do throughout the film.  Their performances are by no means bad, but some of their jokes fall flat and they’re not given much to do otherwise.  They’re mostly “meh” throughout the movie.  A classic Christmas movie needs some better leads than  what we got in Office Christmas Party.

Other than the office party itself (which is very fun), the movie often gets derailed in unfunny, annoying action.  A lot of the subplots try really hard to be over-the-top funny but never get there.  These plot moments mostly revolve around Jillian Bell who plays a pimp.  She mostly gets on your nerves and is very off-putting.  There’s some very contrived and dumb bits that are supposed to get laughs but fall very, very flat and are even somewhat irritating. 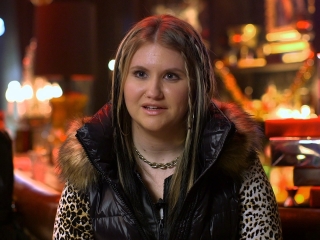 While you shouldn’t expect the story of a comedy such as Office Christmas Party to be Oscar-award winning, it should not be completely predictable.  As this movie plays out, you can easily guess what is going to happen from start to finish.  The movie becomes a bore because of its predictability.

I will, however, sing the praises of Courtney B. Vance in this movie.  Like Kate McKinnon, he has quite a turn from being very reserved to outlandishly absurd.  He got some big laughs from the audience throughout the movie.  I was definitely surprised with some of the outrageous moments we got from him.  They are definitely some of the highlights of the film. As always, what do you want me to review next?  Whether it’s old or new, the choice is up to you!  Thanks for reading!

Everybody is giving this ‘meh’ to ‘utter crap’ reviews and I REALLY enjoyed this movie. I had zero expectations for it, I just went ‘hey, I want to see a movie’ and went to see it, and I got WAY more than I ever expected. Sure, it’s not breaking any ground, but it was really funny to me, and perhaps SLIGHTLY unique though still not groundbreaking, it’s one of the first raunchy comedies I’ve watched that wasn’t offensive. I’m used to having to stomach sexism and racism in those types of movies, but this one was actually really great about that stuff.

Seems I’m in the very small minority that really enjoyed this film as what it is, just another dirty comedy.