The holiday movies continue to roll out into theaters with the next attempt at a video game adaptation, Assassin’s Creed!  The consistent failure of video games to translate to the big screen has been well documented, but many had pointed towards Assassin’s Creed to turn the tide.  The following Assassin’s Creed review will be spoiler free. 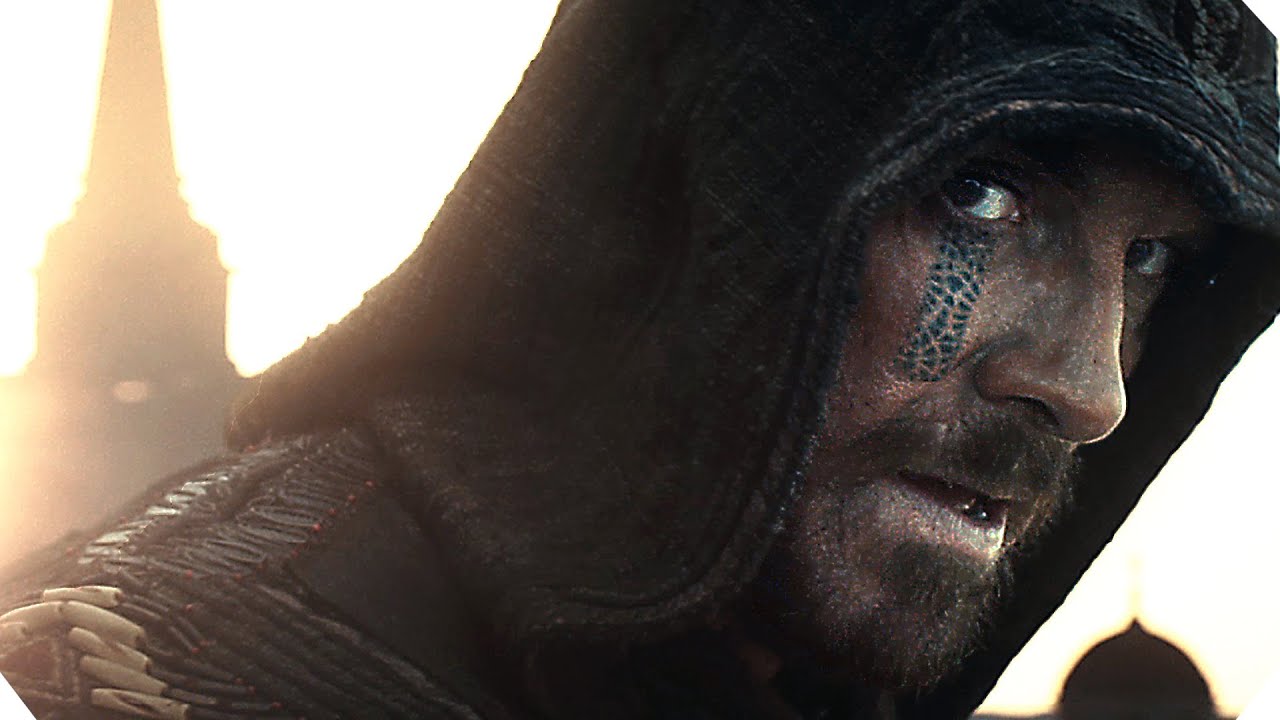 While the trailers for Assassin’s Creed had very curious song choices, I really liked the visuals and dialogue that were presented to us in the months leading up to the movie’s release.  The creative team seemed to employ the fighting styles of the game with lots of parkour and knife battles.  On top of the solid action set pieces that seemed to be coming our way, we also had top of the line talent involved with Michael Fassbender, Marion Cotillard, and Jeremy Irons headlining the cast with direction from Justin Kurzel who has proven himself as a solid director from his adaptation of Macbeth which also starred Michael Fassbender and Marion Cotillard.  No other video game movie has had this amount of promise in front and behind of the camera.

However, there’s still the lingering question to address: why aren’t there more beloved video game movies?  Certainly there’s been issues with corralling enough solid directors and actors, but I feel as if the problem goes further than that.  I personally believe that it’s probably very difficult to shrink a video game story which can span to 30-40 hours of total playtime into a tight, well-written two hour movie.  In my humble opinion, video game adaptations are better for television.  With a per show budget like HBO gives shows such as Game of Thrones, you may be able to expand the video game’s story and give a more well-rounded arc to the main character.  Imagine the possibilities!

However, despite my personal reservations, I went into Assassin’s Creed very hopeful.

Unfortunately, I left Assassin’s Creed feeling as I normally do with a video game movie: disappointed and confused.

This movie really tries to cram a ton of different elements into this story, moving past fairly important moments very quickly, leaving the audience confused when the consequences of those moments occur.  On top of that, because so many different points are thrown into this movie, there is very limited time to provide any type of arc to any of the main characters.  The film is well acted across the board, but you never get attached to any of the characters with such a convoluted plot.  Each actor comes across as if they are just themselves onscreen since their characters are so thinly written.  At one point in the movie, Callum Lynch exclaims, “What the f*** is going on?”  This is exactly what I thought as I watched Assassin’s Creed.

The movie also has quite the pacing problem.  The action sequences in 15th century Spain that you see in the trailers are very enthralling, the problem is that there is long breaks between these set pieces that bog down the movie, leaving you a little bored.  I do understand that the game did split between the past and present day, but that type of story does not translate well unless there’s a carefully laid out balance of action to exposition.  The action scenes would leave me wanting more without anything else to satiate my desires. I don’t want to hate on Assassin’s Creed too hard, because at times you can really see what the writers and director were trying to do, but it unfortunately just doesn’t really come close to paying off.  There’s greatness lodged somewhere in the middle of this film.  A better written movie that focuses on the Aguilar character could really have been something special.  Unfortunately, Assassin’s Creed tries so hard to cram every bit of the game it can into the movie that it fails to do the most important thing that a movie has to do: tell a good story.  This fatal flaw takes hold as you leave the theater without anything remarkable to hold onto from the movie. I would never tell you to go ahead and skip this movie.  You will not leave the theater hating yourself for watching Assassin’s Creed.  There’s definitely some elements that would bring much delight to fans of the popular game franchise.  Unfortunately, due to the issues I have described, I have to give Assassin’s Creed a D+.  I fear that this movie may further set back the possibility of more video game movies in the near future.

[…] Kelly. But instead of another stale, hagiographic retelling of the Ned Kelly story, director Justin Kurzel has crafted a subversive deconstruction of Kelly that shatters the mythos of an Australian Icon […]

Love the idea of turning video game/movies like this into a HBO series–would be a great way to understand the depth of each character (i.e. Game of Thrones). Great review…keep up the good work!

Compare this to the Warcraft film. I’m interested, because from someone who is a big fan of both game series, I loved Warcraft as I thought it captivated the world nicely, but I feel AC missed the mark entirely. I haven’t seen AC yet, but knowing how the game suffers from convoluted and pendantic plot lines, I didn’t imagine it translating to the big screen too well in a two hour film. Knowing that critiques of video game movies often include the fact they’re confused on the plotlines, I feel AC needed to focus on the action and the past part, and build up to the outright modern conflict of assassins and templars. Imho I feel big scary green guys vs. humans + other good guys is much easier to grasp, and since many critiques didn’t get it, I had no hope for this movie. Sad!