Denzel Washington is already considered one of the best actors of his generation, so any project in which he gets is merely icing on the cake at this point.  Nevertheless, in another attempt to make a splash during Oscar season, Washington stars in Roman J. Israel, Esq. in a role that is bound to allow him to flex his acting muscles.  The following review will be spoiler free. 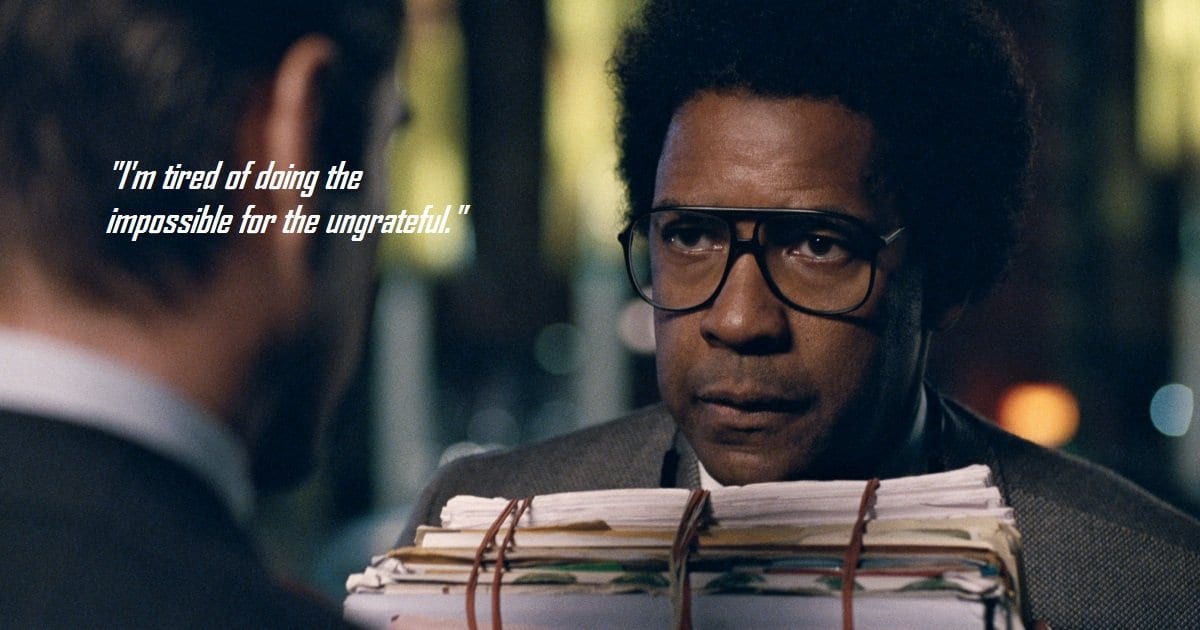 Roman J. Israel (Washington) is an idealistic defense attorney that has served the underpriviledged and stood for activism for years.  Unfortunately, the partner at his firm comes down with some serious health issues, causing the firm to close down altogether due to financial constraints.  Strapped for money, Roman questions whether or not he can continue his role as a leader for change when George (Farrell), an ambitious lawyer, hires him onto his staff.  Although he begins to make a better living for himself, Israel quickly begins to realize that money and power should not change his core beliefs.

As mentioned above, Denzel Washington is most certainly one of the most prominent figures in all of Hollywood.  He’s been featured in many films.  In fact, he’s done nothing but star in films for 30 years.  Emphasis on star.  After breaking into Hollywood with A Soldier’s Story and Power in 1984 and 1986, Denzel has done nothing but star, co-star, or hold a very prominent supporting role in each of his films.  Seriously, go look up his IMDb page for yourself.

This fact isn’t meant to scold Washington or claim him to be an ego-driven actor, but it is curious to see that he’s done absolutely nothing but prominent roles.  Even Tom Cruise was Les Grossman in Tropic Thunder.

Denzel loves to star in culturally significant films that challenge prevailing thought.  Obviously, there’s some outliers from this claim, but this trend is very clear.  If you hear that Washington is going to star in an upcoming film, odds are that it’s something about racial, socioeconomic, or cultural relations.  And, as with his other films, you’ll most definitely check it out,  After all, Denzel’s one of the best. 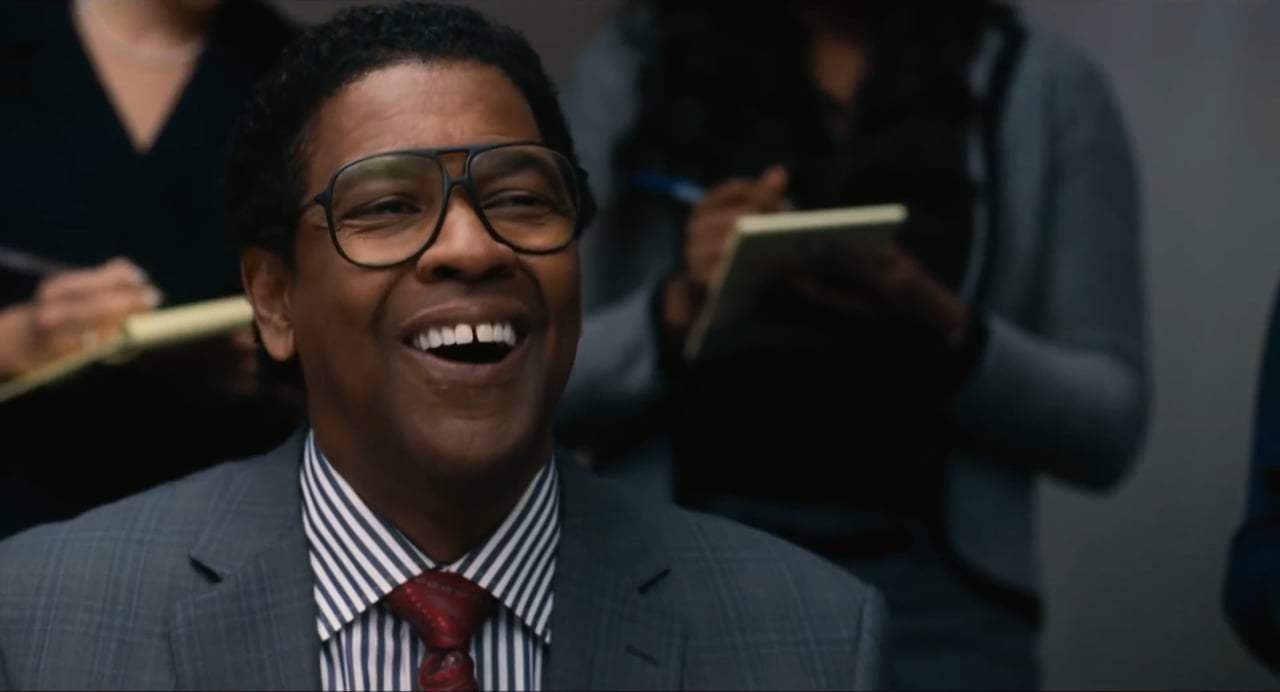 Denzel Washington Does it Again

As you probably expected, Denzel is once again magnetic as the title character, making Roman J. Israel, Esq. watchable by himself.  Denzel normally makes himself heard in his films, acting loud, boisterous, and over-the-top in some type of manner.  But, Roman J. Israel, Esq. is a welcomed change to his formula, offering a subdued, yet equally engrossing performance that’ll keep audience locked in for 117 minutes.

Roman J. Israel is best described as a savant.  He’s great at recalling cases from years prior and citing singular laws with all their stipulations.  Israel never raises his voice, but he makes his thoughts known (and expects that you listen).  But, he’s incredibly awkward in situations that he finds uncomfortable, stammering and failing to properly speak his mind.  He’ll get into trouble when he runs his mouth, standing for civil rights without an off button, losing cases and the good graces of those around him.

There are little intricacies to the character that make Roman J. Israel more than just Denzel Washigton with glasses and an Afro.  Each one his actions is unbelievably fascinating, making up for many of the film’s deficiencies. 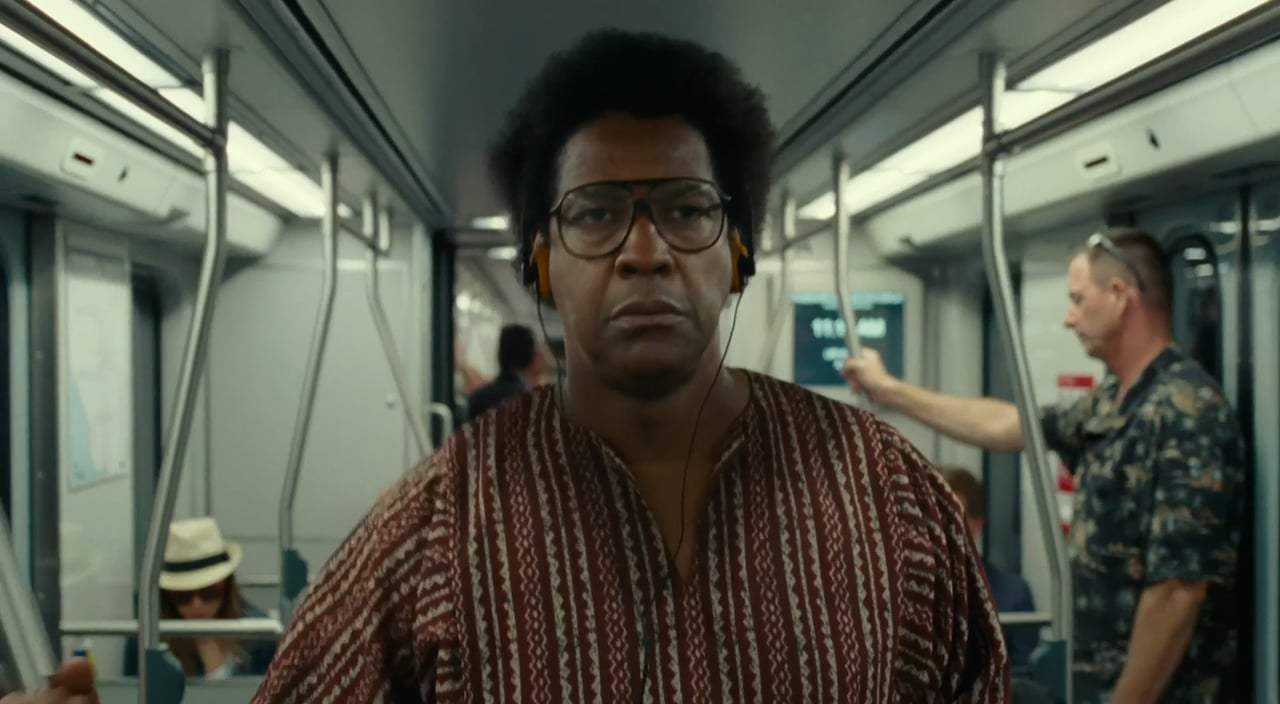 Roman J. Israel, Esq. Makes its Themes Known, For Better or For Worse

Through Denzel Washington’s performance, Roman J. Israel, Esq. makes its themes known…very known.  The third act of the film becomes incredibly heavy-handed as it attempts to wrap up the film in a neat bow, telling rather than showing the audience what it’s getting at.  The messages in the movie are most certainly well-intentioned and preach ideas that align with positive notions of cultural relations and the betterment of one’s moral compass.  But, they aren’t nearly as effective as they could have been.  The proper response to the messages of Roman J. Israel, Esq. is, “alright, I get it!  Jeeeeeez.”

Denzel Washington is such a good actor that many may get passed these transgressions.  He zips through dialogue like he’s prepared his entire life for the role, relaying stilted dialogue like its Shakespeare.

image via The MacGuffin

If you’re like me, you went into Roman J. Israel, Esq. very excited due to Dan Gilroy’s involvement as a writer and director.  His last directing credit was 2014’s Nightcrawler, which many consider the best film of that year.  Nightcrawler was dingy and gross, but unbelievably captivating.  Roman J. Israel, Esq. has similar sequences and character beats that channel Nightcrawler, which certainly helps the viewer to become intially invested in the story.  But, the story meanders, becoming unfocused very, very quickly.  In actuality, it takes about a full hour before the main conflict is introduced, and it takes another forty-five minutes for the movie to actually focus on it.

Roman J. Israel, Esq. is a lacking confluence of ideas and events that feels too jumbled, taking away from moments that should have more impact or intrigue.  Roman moves so far away from his past self that you even begin to forget what made him inspirational to Maya (Carmen Ejogo).  Then, when the movie tries to become hard-hitting, there’s isn’t that “oomph” that you’d like to see.  Although the movie is Gilroy’s project, it feels too safe and fluffy as a finished product.

You want the film to take more chances, but it relies on trite conversation instead.  There’s a great film in here somewhere, but Gilroy couldn’t quite crack the code.

Denzel is as solid as ever, disappearing into the character of Roman J. Israel and making it his own.  Who knows, he may even receive awards consideration for his inspired performance.  But, Roman J. Israel, Esq. as a whole is a bite of a misfire.  The film can’t quite figure out what type of story it wants to become, stranding talented actors in a story that never quite lives up to its intrigue.  Roman J. Israel, Esq. gets a C+.  It zigs when you want it to zag, and it zags when you want it to zig.

The film is certainly worth viewing solely to see another standout performance from Denzel Washington.  But, you might want to wait until it airs on HBO or Netflix as it may prove a tad frustrating to some.

image via TV One

Thanks for reading!  What are your thoughts on Roman J. Israel, Esq.?  Comment down below!

[…] Banderas in Pain and Glory, Willem Dafoe in At Eternity’s Gate, and Denzel Washington in Roman J. Israel, Esq. all get nominations. Steven Yeun for his work in Minari is my pick in this slot. (Though an […]

I was unsure about Dan Gilroy writing this one, seems like I was right

It really felt like he wanted to continue with the grostesque feel of Nightcrawler but then cram it into a civil rights story with a schmaltzy third act. It was actually pretty bizarre lol

Sunset Boulevard vs. The Bridge on the River...