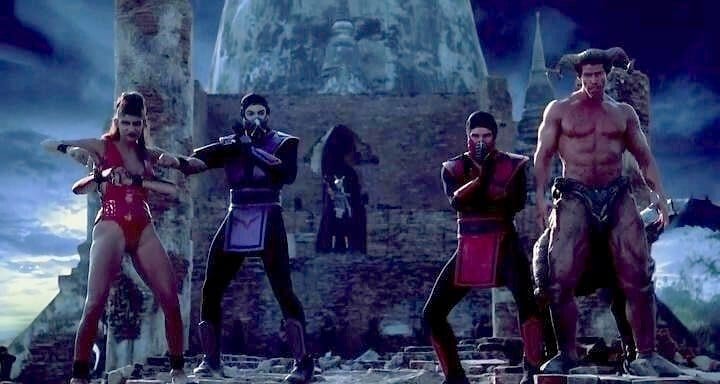 Video games haven’t had the best luck in adapting to the big screen, but that hasn’t stopped studio executives everywhere from continuing to make downright terrible movies time and time again with video game properties.  With Resident Evil: The Final Chapter due out in theaters this weekend, what better time than now to countdown the worst video game movies ever put to screen since the highest Rotten Tomatoes score for the Resident Evil franchise is a whopping 34% (yikes).  This may have been the hardest list yet for me to make since there were so many candidates.  Here’s the rundown:

#10: Max Payne (2008): This illogical flick tried to ride off of the coattails of Sin City by making a stylized action movie with a limited color palette.  Although some of visuals are enthralling (even if they do get to Zack Snyder levels of slow motion and imagery), the plot of the movie is just inherently flawed.  If you happen to have an in-depth understanding of this film please let me know because I have yet to decipher it.

#9: Street Fighter: The Legend of Chun-Li (2009): You know a movie is in trouble when it has its audiences yearning for Jean-Claude Van Damme to come back and save the franchise.  The worst thing about Street Fighter is that it’s completely forgettable (as I am writing this I’m struggling to remember a single plot detail) in almost every way.  You would think that there would be at least one memorable fight from a movie entitled ‘Street Fighter,’ but the creative team was too busy hiring white actors to play Asian roles instead. #8: Postal (2007): Ahh Uwe Boll, maybe directing wasn’t the best profession for you?  This is the first Boll-directed movie on this list and definitely not the last.  Postal goes for political satire, but is largely just annoying and sometimes even offensive.  But then again, maybe the studio shouldn’t have trusted a notoriously bad filmmaker such as Boll to to handle such a controversial video game that is banned in some countries.

#7: Wing Commander (1999): Even without the hilariously bad special effects, Wing Commander would still be an atrocious movie.  All the main characters have negative development and just indulge in sex talk for most of the run time.  If you’ve ever seen a science fiction movie, then you know the plot of Wing Commander because it’s just so generic.  I don’t think this movie has an original idea in it.

#6: BloodRayne: Hello again, Mr. Boll.  Not only is BloodRayne just absolutely awful, but it manages to be just as bad as his other films with a great cast involved.  I like to think that the entire production budget was spent completely on the cast, leaving no money to pay for sets, costumes, or writers for that matter.  BloodRayne should be a fun, schlocky revenge movie, but Boll and gang take out all the fun from the equation.

#5: Double Dragon (1994): The problem with Double Dragon is that it’s aimed at kids and those same kids didn’t like it one bit.  You know Double Dragon’s bad when a critic’s review of it on Rotten Tomatoes simply says “Nonsense.”  Additionally, Double Dragon has an interesting enough premise of someone gaining ultimate power by bringing the parts of an amulet together, but the movie itself really doesn’t do anything with it.

#3: Mortal Kombat: Annihilation (1997): While its predecessor may be the best video game movie of all-time, Mortal Kombat: Annihilation has none of the charm (or any of the fun for that matter) that made Mortal Kombat great.  Moreover, The movie has terrible special effects, even by 1997 standards.  You can even see the green screen outlines of characters on screen that look worse than something I did on Photoshop last week.  Just go play the video game instead. 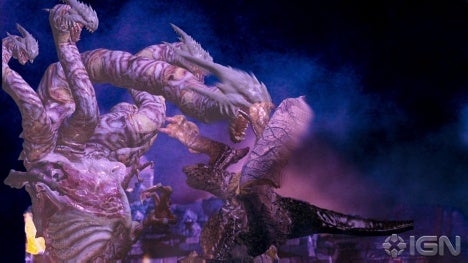 #2: House of the Dead (2007): Uwe Boll’s “masterpiece,” House of the Dead has nothing of substance, except for a “great” Sega rave that attracts young adults to a deadly island full of zombies (no, seriously).  House of the Dead could be viewed ironically a la The Room.  But, even then you’d be annoyed by dimwitted characters, blatant sexism, and obvious laziness to the movie as a whole.

#1: Super Mario Bros. (1993): I struggle calling this movie “Super Mario Bros.” since it’s literally nothing like the popular gaming franchise.  However, this diversion from the source material would definitely not anger as many people if the movie constructed wasn’t as dreadful as it is.  Super Mario Bros. is simply a drug-infused, unfunny comedy that really gets on your nerves since there could have been a great movie made.  Moreover, the movie even has the gall to shamefully set up a sequel, which, as you can probably guess, never came to fruition.

Thanks for reading!  What did you think of the list?  Do you think there were any movies that should be on the list that weren’t?  Comment down below and make your thoughts heard!

[…] Robotnik chasing Sonic around the world — it feels the most like a level from one of the video games, and the Great Wall of China setting is particularly […]

Nice list! Unfortunately I can’t think of ANY game movie that has lived up to the game for me, as a pretty avid gamer!

It’s easily the best hands down!

The worst one I’ve ever seen is the first (?) “Hitman” movie with Timothy Olyphant. I kept checking the time every ten minutes. I also can’t remember anything–ANYTHING–that happened besides him protecting some woman…I think…

The funny thing is its so not memorable for me that I completely forgot about it when I made this list! Lol

The more frightening thing about this list isn’t the fact that these films were made but rather the fact that studios continually throw money at them thinking they would be a success – the only two good things to come out of ANY video game adaptation is, in my opinion, the Oscar worthy performance from Raul Julia in the original Street Fighter and every line of dialogue Ian Glen has in the original Tomb Raider! Good read!

Super Mario Bros and Double Dragon kind of value if you watch them from a strictly this is so bad it is hilarious point of view. Otherwise, they, and most of the movies on this list, are pretty terrible. Thanks for sharing.

That doesn’t help, not one bit. If you like Mario games you will hate yourself for even watching this movie

It’s always worth a try lol

LoL….much better choice and you can still get high lol

In regards to Wing Commander, I felt so sorry for Freddie Prinze Jr. about this movie. At the time he was convinced that this was his Star Wars. As a fellow dork my heart broke for him once I went to the theater to see it. I’m so glad he is now doing Star Wars: Rebels and finally living his dream.

Totally agree! He seems like a nice, genuine guy and I’m glad that he’s succeeding now.