Oscar Snubs in Each Major Category for the 89th Academy Awards 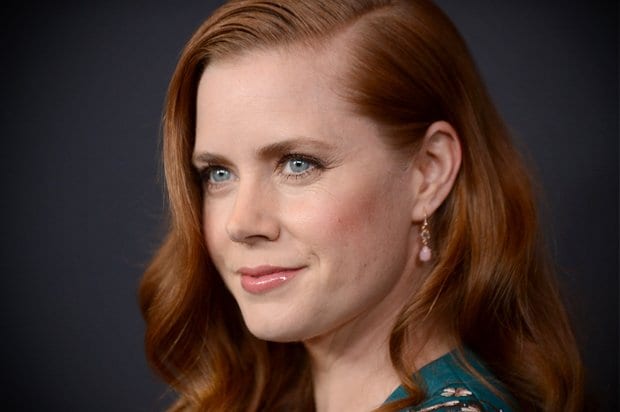 Every February the film community comes together to celebrate the best in film.  However, there’s always some performances and work that gets left unnoticed by the committee that leaves movie lovers everywhere scratching their heads in confusion.  So before multiple celebrities trash Trump in their acceptance speeches, let’s celebrate the best work that went unrecognized.  Here are the snubs in every major Oscar category.

Rhett Reese and Paul Wernick (Best Adapted Screenplay): The writers behind Deadpool deserve a lot of praise for their work.  The duo managed to give us a cliched, origin story in a way that felt fresh and innovative with the use of flashbacks and clever dialogue.  The movie even makes us care for the romance in the film, a quality that many superheroes fail in doing.  Some voting bodies seem to agree with me since the screenplay was nominated for awards from many other outlets. Shane Black and Anthony Bagarozzi (Best Original Screenplay): It’s a shame that The Nice Guys didn’t make more money at the box office because it is a genuinely good film filled with moments of great writing.  Black and Bagarozzi give The Nice Guys the typical snappy dialogue we’ve come to love from Shane Black-directed films.  However, The Nice Guys succeeds even further by wrapping up two great lead characters played by Ryan Gosling and Russell Crowe in a zany movie that could have easily lead to many more films if the film was more profitable.

Captain America: Civil War (Best Visual Effects): This movie deserved a nomination for the airport scene alone.  Some of the wide shots that Captain America: Civil War pulls off in every one of its action sequences are pretty immaculate to look at.  The most impressive feat, however, may be that the film has to make effects look realistic for a large amount of characters and make them feel all distinct.

Allied (Best Cinematography): I wasn’t the biggest fan of this movie, but it had nothing to do with the way it looked.  The camera work perfectly captures the essence of the 1940’s with sweeping landscapes and a distinct classy feel.  Robert Zemeckis is able to capture the beauty of multiple locations, including Casablanca and London.  Each moment oozes with sharp color, it’s too bad the film as a whole was pretty bland.

Finding Dory (Best Animated Feature Film): It may not be Pixar’s finest movie, but Finding Dory manages to pack enough heart with top-notch animation.  Your love for Dory continues to grow and you even latch onto a new characters like Hank the octopus.  Finding Dory also has the highest domestic gross of any Pixar movie, for whatever that’s worth.

Lucy Boynton (Best Actress in a Supporting Role): Sing Street was one of 2016’s most criminally under-watched movies.  The movie had so much heart, and Lucy Boynton had a lot to do with that.  Her interactions with Ferdia Walsh-Peelo are so sweet and lovely, you can’t help but smile.  Boynton could have been a cliched movie love interest, but she elevated the role by adding a genuine feeling of love and affection. Ashton Sanders (Best Actor in a Supporting Role): The acting in Moonlight is absolutely off the charts, and Ashton Sanders may be the most noteworthy.  He plays the middle section of the life of Chiron (which may be the most dense part of the movie) and gives a very layered performance, showing that he can be very understated while also showing moments of ferocity.  A24 Films dropped the ball in not marketing Sanders more for his work.

Shane Black (Best Director): I alluded to this idea earlier, but Shane Black lead The Nice Guys with such fun, quick direction that the movie flies by.  Each scene is beautifully constructed, allowing for the comedic talents of the two leads to shine.  Shane Black perfectly executes the tone of the movie through a slick vibe and a ridiculous plot that still works because of great execution.

Amy Adams (Best Actress): Everyone praises Casey Affleck for his subtle, powerful performance in Manchester By The Sea, but Amy Adams is, for all intents and purposes, the female equivalent in a movie that completely rests on her shoulders.  Her performance is so emotional, yet calculated.  It’s actually a travesty that she is not among the nominations.  Personally, it feels like the Academy still has a bias against acting in science fiction films.

Andrew Garfield (Best Actor): You may be asking yourself: didn’t Andrew Garfield get nominated?  That answer would be yes…for Hacksaw Ridge.  The argument could be made that his performance as Father Rodrigues in Martin Scorsese’s Silence may have been even better.  He carries the film on his shoulders, giving a performance that may be the deepest and most thought-provoking of the year.  Out of all the performances I watched in 2016, this one was the one that has stuck with me the most.

Silence, A Monster Calls, Sing Street (Best Picture): There were too many movies left off the Academy’s nomination list to limit this category to just one snub.  Silence is easily the most thought-provoking movie I have seen in years.  The ideas that Scorsese poses to the audience may be the most mature look at faith and sacrifice of recent memory.  A Monster Calls, however, made me cry more than any other movie I can remember.  The film tackles a touchy subject of handling loss with grace and raw emotion.  On the other hand, Sing Street is the exact opposite of the spectrum in that it makes you feel great by the end.  It’s songs are more than just catchy, they further the plot in the most heartwarming of ways.  What do all of these films have in common?  They were criminally under-watched in theaters so make sure to watch them whenever you get the chance!

Thanks for reading!  Are there any other snubs not mentioned here that you thought were egregious?  Comment down below and let me know!

[…] extraordinary, and I don’t mean this in a negative sense. The Last Shift wants to be an honest film, it doesn’t want to blow you away with cinematic dramatics. While there are a few […]

[…] for 3 Oscars: Best Performance by an Actor in a Supporting Role for Paul Giamatti, Best Achievement in Film […]

Totally agree on points you made about The Nice Guys and Amy Adams in Arrival. I have no idea where people buried their heads this year..

It seems like the Academy is starting to change their tune with Moonlight winning the Oscar last night, hopefully this continues next year so they begin to nominate a wider array of work!

Though i haven’t seen most of the movies you have mentioned but i agree with you Amy Adams from Arrival deserves a place in the nominations. ..and also James MCavoy from Split. …..

Since Split actually came out in January without any type of screening in 2016, it’s actually not eligible for this year’s Oscars. Hopefully it gets recognized next year!

Great post! The Nice Guys was my favourite movie of 2016 so I was surprised it didn’t get more recognition. I loved A Monster Calls as well

It’s a bummer that The Nice Guys became largely forgotten. It’s so great!

Well, I won’t get anywhere as a pundit because none of the film’s I enjoyed got nominated in any category: Julieta, Paterson and Queen of Katwe!

I actually haven’t seen any of these, but I’ve heard great things!

So many films (books), so little time…

What better time to start than now!