‘The Last Shift’ Is an Earnest Depiction of Working Class Americana 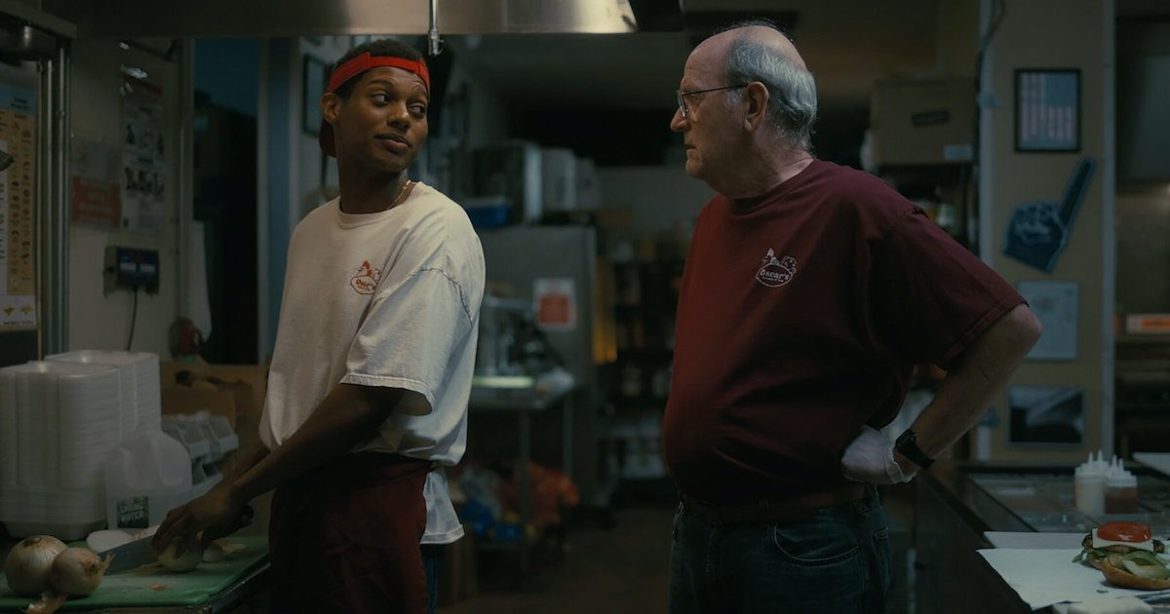 The false promise that is the American Dream has been dissected over and over, by countless writers and filmmakers alike. Even so, as the illusionary powers of the American Dream evolve over time and the gap between the rich and poor increases, it’s a subject that will remain timelessly relative.

The idea of making it, the ultimate reward, of the tireless work ethic that will get you to the top, is attractive. Such a myth has been wielded by the powerful, not just to boost their own egos but to build up their own mythos, to influence those below to do their bidding — whether it’s working for lackluster wages or voting for their constituency.

But as studies and historians have seen, circumstances prevent most of us from reaching the illusionary glory of the American Dream. Unless we’ve inherited wealth, our station in life will most likely not grow to an exponentially dreamlike height. Most of us will have to get by and be content with what we have — which in comparison to many other people around the world, should be more than enough.

On the screen, we’ve seen characters rise and fall. Beneath the opulence, such as in Jay Gatsby’s mansion or Tony Montana’s cocaine empire, there was a void that could not be filled through the mere pursuit of wealth. We’ve seen how this powerful delusion could lead to their demise. We’ve seen men on screen destroy themselves for it — such as Willy Loman from Death of a Salesman, or Shelley Levene from David Mamet’s Glengarry Glen Ross.

Even the more hopeful stories of the American Dream, were often far darker than portrayed — as was the case of the schmaltzy Will Smith vehicle, The Pursuit of Happyness.

In Andrew Cohn’s debut feature film, The Last Shift, we have a cast of characters who’ve long given up on the American Dream, and have accepted their low socioeconomic status. We receive a glimpse of the lives of two fast-food workers. There’s the aging Stanley (Richard Jenkins), who’s ending his thirty-year career in the service industry to take care of his ailing mother. On the other side, is a young parolee, Jevon (Shane Paul McGhie) who’s starting out under the tutelage of Stanley. In the last week of Stanley’s shift, we see them occasional bond, but we also see them butting heads. Their different life experiences become apparent in their conversations. Jevon understands the limited options that life has for him, and realizes that this job might become precious for him — even if he hates it.

As he nears the end of his last shift, Stanley grows increasingly bitter, as he struggles to accumulate the finances to help his ailing mother, even after all his years of loyal service.

This Is the Life

The Last Shift shouldn’t be watched for its intricate plot, it’s a character study. It’s aiming for an earnest portrayal of American life and in that, it succeeds immensely.

We see characters meander through their daily tasks, take their leisurely breaks, and worry about money. For both Stanley and Jevon, the future is uncertain. Jevon seems to wander aimlessly in the world. As a young father, he struggles with his newfound responsibilities. His fierce anti-authoritarian stance has led him to get into trouble with the law, and now if he wants to stay out of jail, he has to keep up a job. Jevon wants to “fight the man”, but he’s realizing it’s hopeless. An intelligent young man, but the epitome of an underachiever: he just doesn’t know how to apply himself. In the past, Jevon has shown promise in his journalistic capabilities, but he seems to have lost his voice.

Stanley is on the other end of the spectrum. Stanley hasn’t changed much in the last thirty years. He has trouble letting go of past glories — as evidenced by his nostalgic insistence of wearing an old class ring. In comparison to Jevon, Stanley should have stood up more for himself, against his employer or the system that exploits him. There are hints of a failed marriage or lost relationships. As a man in his fifties, he lives by himself, alongside unassuming roommates. Despite Stanley’s insistence about the nobility of the job, there’s no doubt about it that Stanley is disappointed with his life and he hopes to make himself feel better by leaving his job behind and taking care of his dementia-suffering mother.

I’m sure there are other examples, but as far as I can recollect, Richard Jenkins has only been the lead in one film, Tom McCarthy’s underrated The Visitor. Jenkins gives a lot of little quirks and nuances to his portrayal, from the way his mouth is always agape, to the awkward snickering, to the occasional mumbling. It’s a fantastic portrayal and his chemistry with McGhie alone makes The Last Shift a worthwhile watch.

McGhie likewise, is exceptional as Jevon. Even though he’s holding back, we see the undercurrent of outrage he has against the system that has been unfair to him — even from people who ultimately mean well but have no understanding of what he’s actually going through, such as his parole officer, Mrs. Kelly (Allison Tollman).

The Illusions We Hold Dear

In their conversations, we see Jevon picking through Stanley’s illusions, most notably in how he’s actually been treated by his employer. Jevon rightly points out that he’s been exploited for his labor and that considering his decades-long loyalty, he should have been earning more. It’s also quite clear how unaware Stanley is about his privileges as a white man. It’s revealed that in their teenage past, Stanley and his friend, Don (played by the great Ed O’Neill), were witnesses to a brutal hate crime against a black man and did nothing in response. On occasion, we see a racist bent to Stanley’s character — such as assuming Jevon writes ‘raps’ when Jevon reveals he’s a writer or unfairly accusing him of thievery.

If there’s one drawback to The Last Shift, it’s that many of these themes feel a little underdeveloped. There’s so much great fodder for dramatic dialogue between Stanley and Jevon that’s left unsaid. Things are hinted at but then the characters remain silent. Perhaps that’s also the point. In real life, characters don’t have snappy comebacks, especially not men like Stanley, who aren’t so quick-witted. Even so, I do wish there was just a little more verbal conflict between the two main characters.

The finale of The Last Shift will intentionally alienate those who ache for a more clear-cut resolution. While initially frustrating, I can only commend Cohn for his honest approach to the material.

On the whole, you shouldn’t expect something extraordinary, and I don’t mean this in a negative sense. The Last Shift wants to be an honest film, it doesn’t want to blow you away with cinematic dramatics. While there are a few humorous moments, don’t expect a comedy nor even a searing drama. It’s a study of two people who meet each other at a particular moment in time. Both are victims of the American experiment. Both deal with their foibles their own way. Life goes on. Sometimes we grow wiser, other times we show ourselves to be incapable of change.

Thank you for reading! What are your thoughts on The Last Shift? Comment down below!