The mind of a serial killer is a never-ending web of insanity and curiousity that makes for a fascinating, and incredibly uncomfortable, feature film.  My Friend Dahmer is no exception as the film looks into the mind of a young Jeffrey Dahmer before he became known for all the wrong reasons.  The following review will be spoiler free. 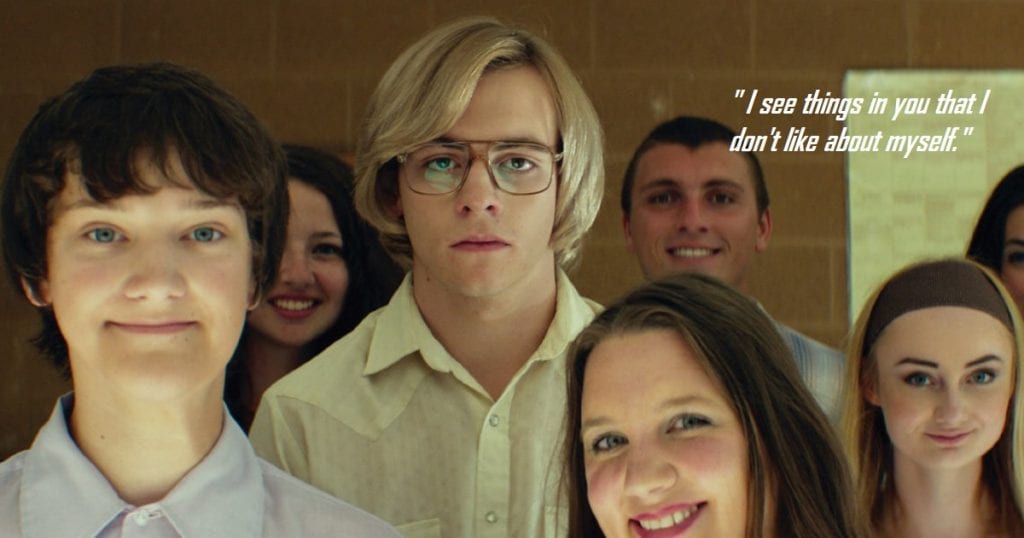 Before Jeffrey Dahmer murdered 17 people, he was an awkward teenager trying to fit in at high school.  Unfortunately, Dahmer (Ross Lynch) has a home life that isn’t exactly the best for his state of mind.  He watches as his parents’ relationship deteriorate before his very eyes while a deviant feeling stirs within him.  Although a group of teenagers bring Dahmer into their friend group, nothing can quite save Dahmer from the mental struggle within him.

Well, this story isn’t exactly a light-hearted romp.  Delving into the mind of a serial killer allows for a great look into the fractured mental state.  That notion is very interesting in its own right.  But, what makes My Friend Dahmer even more intriguing is that the actor playing a young Jeffrey Dahmer, Ross Lynch, is a former Disney Channel star.

The actor made a name for himself as Austin Moon on the Disney original television show Austin & Ally.  Lynch also starred in another aptly named tween film entitled Teen Beach Movie and its sequel for the channel.  Not to mention he also headlines a band that is featured heavily on Billboard’s kid albums lists.

And now, he’s playing Jeffrey Dahmer, the killer of 17 people.  We’ve seen this sharp transition in project choices from Disney stars once they reach a certain age on many different occasions.  That’s not to say that these individuals haven’t gone on to have solid careers, because many of them are still successful.  Even further, this discussion isn’t meant to belittle Ross Lynch.  Who knows, maybe he’s just tired of the Disney shtick.  It’s merely an interesting trend.  Take that whatever way you wish, Internet!

Ross Lynch is Here to Stay

For those that are unaware of Ross Lynch, get to know him!

In playing a character like Jeffrey Dahmer, one can’t be afraid of making performance choices that toe the line between creepy and funny.  Ross Lynch makes a few choices that if done incorrectly, could have easily sunk My Friend Dahmer altogether.  Thankfully, Lynch commits whole-heartedly to the role, providing a sense of realism to the often heightened persona of Jeffrey Dahmer.

There are many moments here that will make you cringe with displeasure, but there’s also a considerable amount of unexpected comedy to behold.  It’s an odd mixture that comes together quite nicely, and Lynch is at the center of that balancing act.  Each movement feels incredibly calculated, yet very natural in execution.  Some members of the cast and crew have exclaimed that Lynch disappeared into the role of the notorious killer.  I’d have to agree with that sentiment.

The lot of his excellence comes from the expression of inner turmoil.  At this stage in his life, Dahmer is unsure of his path and his true identity.  You won’t see an over-the-top performance like other actors that have portrayed troubled figures in history in My Friend Dahmer, but you will see a conflicted, guarded performance that feels wholly organic. 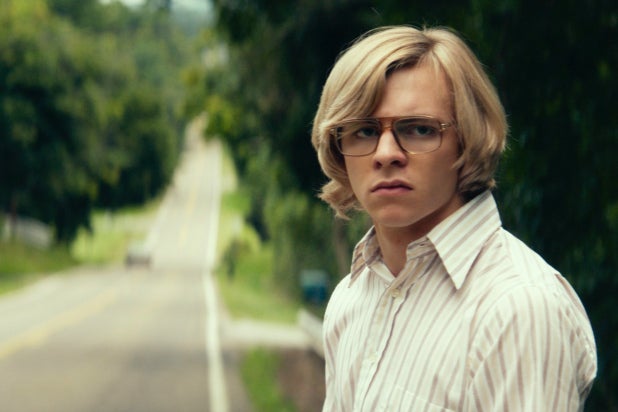 By extension, Marc Meyers deserves considerable praise for his work behind the camera.  Somewhere in a parallel universe, there’s a version of My Friend Dahmer that is horribly on the nose and obvious.  It’s very easy to sway towards the obvious in films that cover similar material, but Meyers places an emphasis on a sense of realism that few films can replicate.

You won’t find moments where the score telegraphs the type of mania that Dahmer is handling.  There isn’t a diatribe on Dahmer’s core beliefs.  Those looking for an American Psycho level of hysteria will leave the theater very disappointed.  Instead, My Friend Dahmer focuses on the slow deterioration of the mind.  Meyers focuses on the subtleties of Dahmer.  In fact, you might miss a lot the character growth provided here if you don’t pay close attention.

My Friend Dahmer is very atmospheric in nature, requiring a lot out of its audience to understand Jeffrey Dahmer and his descent into madness.

A Considerable Amount of Understanding that Almost Leads to Empathy

With Meyers’ attention to detail, there’s a shocking amount understanding that takes place.  The easy way to construct a film like this one would be to paint Dahmer as an absolute monster.  In fact, most people wouldn’t have a problem with that interpretation.  However, My Friend Dahmer goes the more difficult route, showing a young Jeffrey Dahmer as a troubled teenager.  Lynch in the role is absolutely what you would describe as off.  There’s no denying that notion.  In many scenes, Dahmer is downright creepy and deranged.  But, there’s still a human element captured that is much appreciated.

Young Dahmer has a certain curiosity about him that is explored in great detail.  He’s inquisitive about both normal and abnormal things which allows his family dynamic to factor nicely into the picture.  Peering into the everyday life of the killer provides for some very interesting takeaways that will have many questioning the nature vs. nuture debate once more, only with an added element this time around. It may not be the story that most will be looking to see about the infamous killer and it might even try the patience of some moviegoers.  But, My Friend Dahmer is a great, introspective look into what turned Jeffrey Dahmer into the monster he became later in life.  Fueled by Ross Lynch’s powerful performance in the lead role, My Friend Dahmer is a haunting film that will unnerve and provide a surprising amount of pseudo-sympathy.  It gets an A.

I strongly urge that you seek this film out.  It’s not the most comfortable watch ever conceived (nor should it be), but it’s a solidly crafted film that shines a different lense on a highly discussed figure.

Thanks for reading!  What are your thoughts on My Friend Dahmer?  Comment down below!

[…] of terror the first half delivers.  But while the film slows down, it is here where these introspective moments with Furie really blindside you with the palpable sympathy and care Jones has for his good […]

[…] Feel the Beat settles into an easygoing groove that is infectiously cheerful. Ironically, given its lead is a Disney Channel graduate, what the movie doesn’t do is become cheesy or forced like High School Musical. Okay, maybe […]

I forgot this movie was being made!

I was shocked that it was playing at a theater near me since it’s such a small film, but I’m so glad I got out and saw it!

Interesting. It reminds me of an interview I watched with Dahmer and his father not too long before he was killed. It was strangely affecting to watch because neither could truly comprehend how a mind could go so terribly wrong.

It’s certainly fascinating! It’s like watching a train wreck that you know is gonna happen slowly occur over time

‘Alita: Battle Angel’ and Writing for The Franchise...