An Inside Look into How Rotten Tomatoes Actually Works 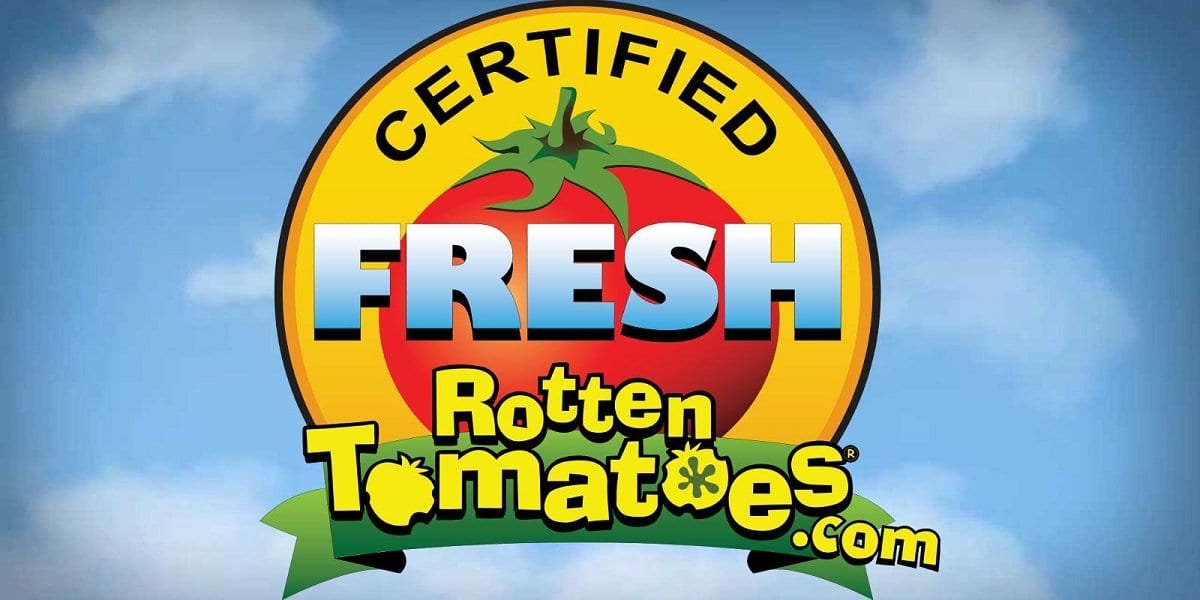 Nowadays, moviegoers consistently use Rotten Tomatoes to gauge whether or not they should see a film in theaters or merely to properly manage their expectations.  However, there are still some common misconceptions about how the site actually works, leading many people to be misinformed.  Before you make the same mistakes again, take a look at how Rotten Tomatoes actually works and operates.

How Does Rotten Tomatoes Arrive at its Percentage Value?

Contrary to the belief of some, the site actually doesn’t review films.  It’s merely an aggregator.  Rotten Tomatoes take the reviews of approved critics from all different publications and compiles them into “fresh” or “rotten” grades.  If a critic gives the film a score of 3/5 or better, that review gets that bright, shiny red tomato.  However, for anything below those thresholds, the review gets that ugly, green splat.  Rotten Tomatoes then takes those compiled reviews and brings them together into one number.  So, that tomatometer score is really the percentage of critics that gave the film a 3/5 or better, not an overall percent grade that truly tests the merit of the film.

Got it, But Where Do the Critics Come From?

Critics apply to become ceritified Rotten Tomatoes critics through their application process.  For websites to become certified, RT requires 500,000 monthly views and reviews of at least 300 words.  For new critics that work at approved sites, they must be employed by the site for at least two years.  There are other stipulations for other mediums (print, video, etc.), but all critics must have some type of professional standard to all publications.

Basically, all reviews on the site are of good standard and writing ability, regardless of how that critic actually feels.

Cool, so How Do I Accurately Gauge How Critics Feel?

Clearly that big tomatometer number can be a little misleading in some instances.  Let’s take another look at the data for BvS.

To check how the movie truly scores based on how each critic rates it, look at the “average rating” score which takes each critic’s grade and provides a true average.  On this scale, Batman V Superman is actually a 4.9/10, or 49%.  While still not a great score, this scale shows that the film may have been less reviled by critics than many once thought.  Forcing critics to make a choice between “fresh” or “rotten” can skew the tomatometer score to either extreme of the scale.  This is the main reason that there’s this perceived divide between critics and fans.

Here’s an example of the tomatometer skewing the data the other way:

Just looking at that gawdy 90% score for Doctor Strange may look pretty great.  However, that 7.3/10 average rating score paints a different picture.  While still fresh, that 73% score may not be “certified fresh” depending on how the reviews came in to the site.  The average rating tells the story of a much more average film than that 90% would have you believe.

Sometimes, the tomatometer can even change across the fresh/rotten threshold.  Take for example another DC film, Man of Steel.

Is it a Full Proof System?

There’s even some issues with how Rotten Tomatoes reports the numbers that it collects.  Below are some reviews of It upon its release: 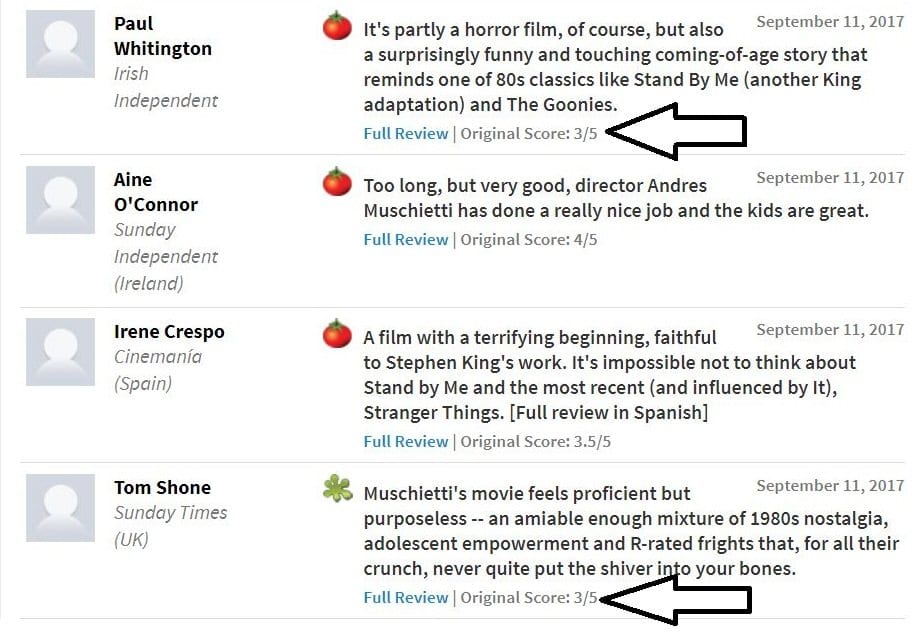 Why is one 3/5 fresh when the other is rotten?  The rhetoric used in the rotten review definitely skews more negative, but where’s the concrete cutoff between the two?  Clearly, the system is flawed in some manner.

Another quirk in the system as far as reporting goes is that some critics report their scores in increments other than a score out of five.  Some choose to score films out of four, ten, or give a letter grade.  Some critics don’t even report a score at all, they just say whether the movie is rotten or fresh. Obviously, these critics not reporting a number influences the score of the average rating.

The scoring system is filled with other inconsistencies as scores of 2.5/4 equate to rotten ratings, despite that score equaling 62.5% which is even higher than the standard 3/5.

This issue can cause a pretty serious change in the way a film’s quality is reported.  Let’s take a look at a fan favorite, Taken.

As it currently stands, Taken just misses the mark of becoming a fresh film after 169 reviews.  However, after taking a look at the film’s rotten reviews, there were, by my count, six “false rottens,” meaning that scores were misreported as rotten on six separate occasions.  If those reviews were accurately reported, Taken would have 104 fresh reviews and 65 rotten reviews.  With those numbers in place, Taken would have a fresh score of about 62% and would most likely be perceived better with that appealing, bright tomato at its side.  There’s a clear correlation between a movie having a fresh rating and how it percieved by moviegoers and how much many it makes at the box office.

So Should I Even Use Rotten Tomatoes?

Absolutely!  Rotten Tomatoes is still a good tool for helping you to create an informed decision on how to spend your hard earned money.  But it’s just that: a tool.  Rotten Tomatoes should not be the defining factor in whether you decide to see a movie or not.  However, it can definitely still be part of the equation.  No system is perfect, and there’s still a solid correlation between movies that do poorly on the tomatometer and films that are received poorly by the general public and vice versa.

The best way to use Rotten Tomatoes is to understand which statistic gives the most accurate representation of the film.  In most cases, that probably comes from looking at the average rating.

There are a bunch of different outlets to help you.  Metacritic and IMDb are two solid alternatives that will help you better gauge a film.  Or, simply follow a single reviewer that shares the same, general opinions as you, like me!

However, the best option is just to go out and see the film for yourself.  Does the film have a cool trailer?  A good cast? A neat story?  Awesome, then go see it!  At the end of the day, your opinion on a film is the only one that matters.

Thanks for reading!  What are your thoughts on Rotten Tomatoes?  Comment down below!

I know that this is asburdly belated, but I found an article that not only talks about Rotten Tomatoes’ system, but also MetaCritic, IMDB and CinemaScore. Here’s some food for thought.
https://screenrant.com/rotten-tomatoes-metacritic-imdb-cinemascore-explained/

“moviegoers consistently use Rotten Tomatoes to gauge whether or not they should see a film” & “Take for instance everyone’s favorite film of 2016, Batman V Superman”… You’re a real comedian! I never visit Rotten Tomatoes and never will. No point unless it’s to support their sponsors, which I have no natural born inclination to do.

Lol I try my best to add a little charm!

Rotten Tomatoes is a great tool, but everyone uses it as a the end-all be-all for how good a movie is and that couldn’t be further from the truth.

I’ve never used rotten tomatoes and I never plan to. I learned very early on, as a teen, that reviews and scores by critics were usually the opposite of how I felt about the movie. I don’t know if it comes from being a reader but I can tell from the synopsis alone whether or not I would enjoy a film. It hasn’t failed me yet. Now I can watch the trailer too if I’m not sure.

If it works for you then keep doing it!!

It’s all part of the puzzle. I’m startting to use Metacritic more because I feel like it gives a more realistic number.

Thanks for the explanation. I did know RT was an aggregator for all reporting critics but appreciated the extra background. I’ve also noticed some of the disparities in the 3/5 being fresh vs. rotten. The thing I like to do with RT is compare the critic score to the audience score. If critic score is high and audience score is low, I’ll wait for the movie to come out on DVD so I can shut it off if it’s too “out there” for me. Similarly, if the critic score is low and audience score is high, I know it’s probably entertaining but not great storytelling. Probably a DVD viewing as well. I save my movie ticket money for films that have high marks in both areas.

That’s good thinking! It’s all part of the puzzle

I find it sad that many people still don’t know that RT is an aggregator and not a reviewer!

You’d be amazed! I actually talked to ten different people before writing this and they all thought that it reviewed movies!