Incredibles 2 Exit Survey – Did the MovieBabble Staff Enjoy the Film? 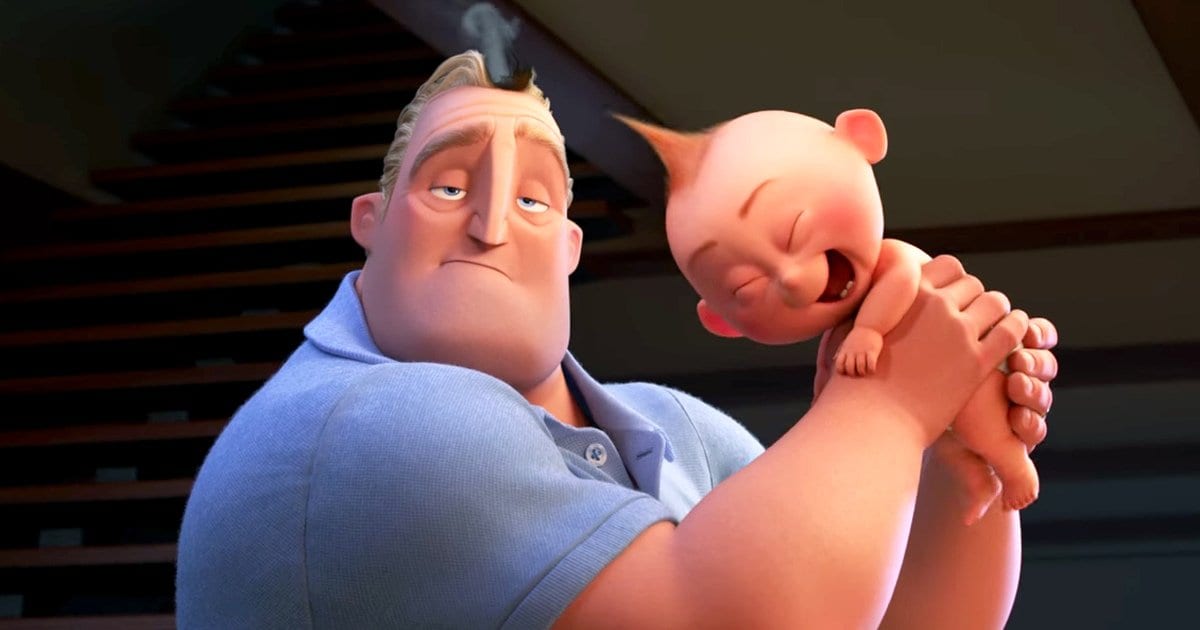 It’s a shot in the dark, but I’m going to guess that, if you’re reading this article, you’re a human.  If you’re not, well, we have other issues to attend to other than this article.  From there, you’re either in one of two groups.  1) you’re a human that’s seen Incredibles 2.  Or 2) you haven’t seen Incredibles 2 because it still hasn’t come to your area of the world just yet (so sorry).

Not only has Incredibles 2 been successful thus far, it recorded the highest opening EVER at the box office by an animated movie — clearly no small feat.  After fourteen years of waiting, it appears that basically everyone got the sequel that they wanted.  The MovieBabble staff seems to share that feeling as well.  Take a look for yourself!

But before we start: 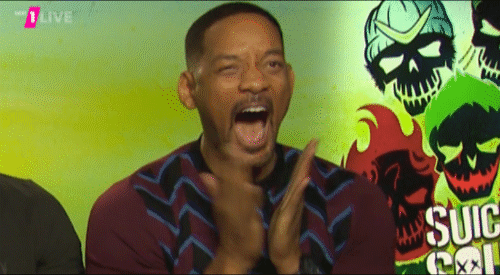 So was the film worth the fourteen year wait?  Why or why not?

Steven: I’d say it was. The animation looks so much better than the first one.

Kelechi: Yes! It was Elastigirl’s time to shine!

Kali: Honestly, I think 14 years was just the right amount of time. If it had been released a year earlier or later, I don’t think I would have appreciated it as much as I did right now.

Sean: If the wait was so that they could get the incredibly well-textured animation done right, then absolutely it was worth the wait.

Collin: Yes, it delivered in every way it needed to. Your favorite tropes were back, but not over done, and the franchise expanded without spreading itself too thin.

Cammy: Yes and no. I think after 14 years people expect something absolutely mind-blowing and as such, my expectations for this movie were pretty low. Ultimately I was pleasantly surprised but if the sequel had never been made then I wouldn’t describe it as a great loss to cinema.

Trey: It was completely worth the wait. Pixar knocked it out of the park. The animation was beautiful. Seeing the characters animated with modern technology was amazing to see. The story was incredibly well done. Putting Elastigirl in the forefront was a great choice!

Nick: Depends on how you take the question.  Was it nice to see updated animation on these heroes that led to some pretty awesome action set pieces?  Absolutely.  But did the film blow me away?  Ehh.

Finish this sentence: “Jack-Jack is…”

Steven: …the one true person who can defeat Thanos! But really, Jack-Jack is a show stealer!

Kali: …more adorable and hilarious than I remember. I normally don’t find humor with babies that funny (it usually reverts to potty jokes) but I found the scenes with Jack-Jack were some of my favorites.

Sean: …a baby with superpowers that is used for a couple of lazy gags and that’s about it.

Collin: …the only superhero capable of beating Thanos. At least I hope that’ll be how Avengers 4 turns out.

Trey: …adorable! Also the best part of the movie!

Nick: …pandering.  He’s like someone jingling keys in front of your face.  But, I still loved him — he’s too cute!  Ugh, damn you, Hollywood! Even when I see what you’re doing I still lose! What is your impression of the Screenslaver?  Did you think she was a good villain?

Steven: I expected the twist, but I didn’t expect a twist like that. She wasn’t Syndrome but she worked well as the villain in her own right.

Kelechi: I loved her aesthetic! I thought she was a good villain because her reasons were understandable.

Kali: Funny you ask that because I distinctly remember leaning over to my friend during the movie and telling her that the villain was surprisingly pretty complex in this film. Like it wasn’t just “I want power so I can be powerful and have lots of power.” The Screenslaver actually had a motive that I could believe and there were more twists than I was expecting.

Sean: Not really. You could tell from Jump Street who the Screenslaver really was as soon as the character was introduced because she was the unknown genius mind behind this corporation. But then when her motivation is revealed and why she wants superheroes to stay illegal forever, It made absolutely no sense and was kinda dumb.

Collin: She wasn’t as entertaining and engaging as Syndrome, but she was still a solid villain in a hero driven story. Side note, this is the second evil hypnotist that Katherine Keener has played in the past two years, clearly someone is trying to warn us about her.

Cammy: I feel like she was a pretty great villain but at the same time, her motivations weren’t all that different to Syndrome’s. Neither of them actually had powers beyond a technical know-how (as far as I am aware) and I think it would have been interesting to see a powered individual. I guess part of me always forgets though that these movies are primarily aimed at kids.

Trey: Screenslaver was a solid villain, and also surprisingly scary for an animated movie. My only issue was the reveal of Evelyn Deaver being Screenslaver. It was painfully obvious from the moment you meet her, especially since her name sounds a lot like “evil endeavor.” Other than that, the villain was pleasing.

Nick: Okay so I have a problem with the Screenslaver.  Yes, her plan makes some sense.  Yes, her character acting as a meta commentary on the superhero genre was a pleasant addition to the story.  But, the movie itself doesn’t earn that commentary…at all.  Don’t get me wrong, I found this movie entertaining as hell, but it’s still a fairly standard superhero movie.  You don’t deserve to scold other superhero movies for making us soft when you’re doing the same thing!

What was your favorite family moment of the film?

Steven: The third act involving the yacht. It was so good to see them fight crime again.

Kelechi: I loved when Violet encouraged her mother to go towards the end, that they could take care of themselves.

Kali: Obviously the dinner scene. The family dinner scenes always crack me up. I’m a sucker for ’em.

Sean: Mr. Incredible struggling to be a stay at home dad is where I found most of the humor in the film.

Collin: Bob slowly going crazy while trying to parent Violet, Dash, and several Jack-Jacks for the first time on his own.

Cammy: I think watching Bob trying to be a parent to the civilian lives of Violet and Dash while also trying to juggle all the crazy abilities that Jack-Jack has was fun to watch. Adding Frozone into the mix as an equally as confused adult made the scenes even funnier.

Trey: Anytime the family couldn’t handle Jack-Jack was hilarious. When he’s shooting lasers, sneezing through the roof, or traveling though dimensions were some of my favorite moments of the movie.

Nick: Watching Mr. Incredible use Jack-Jack as a laser gun in the yard made me giggle like a child!

Do you want an Incredibles 3?  What would you want to see occur in it?

Steven: Pixar made us wait for a sequel with 3 Cars movies, they better give us a third Incredibles movie! I would like to see how the “legal superheroes” storyline will go from here.

Kelechi: Yes! I want Violet and Voyd to date!

Kali: Normally I would say no, but the fact that the Underminer was never caught basically begs for a third movie. I need closure! STOP DOING THIS TO ME, PIXAR.

Collin: Definitely! I’d like to see Bob mature and finally give up his chasing of the glory days, maybe even see Violet and Dash branch out on their own.

Cammy: I think that given their jab at superhero movies, it would seem a bit hypocritical for them to bring out a third movie but I also don’t feel like it’s remotely necessary. The Incredibles always felt like it needed a sequel because they ended the movie in such a way but this one had a pretty tied up ending.

Trey: I’d love an Incredibles 3! It would be interesting to see the Incredibles a few years in the future when superheroes are legal, and Jack-Jack is grown up with his powers. There are many possibilities for stories in that time frame.

Cammy: I’d probably give it a B+ for beating my expectations.

Trey: I’d give it an A. My only real issue would be the Screenslaver reveal. It’s one of my favorite movies of the year so far!

Nick: B+.  Another solid film from Pixar!

Thanks for reading!  What are your thoughts on the Incredibles 2 Exit Survey?  Comment down below!

I loved the movie, even better than the original as I’m not that big a fan of the original, although I did find the first 1/2 to be kinda slow.

I loved the Screenslaver; my fave Pixar villain ever! And I guessed the twist about midway through the film.

I’m so happy you enjoyed it! What a fun film!

Just wondering if the movie is safe for people with Epilepsy. There have been reports of Strobe lightings

I’ve heard people have had an issue with one scene. It’s pretty short, but it definitely has a ton of flashing lights.

Cheers. Thanks a lot.