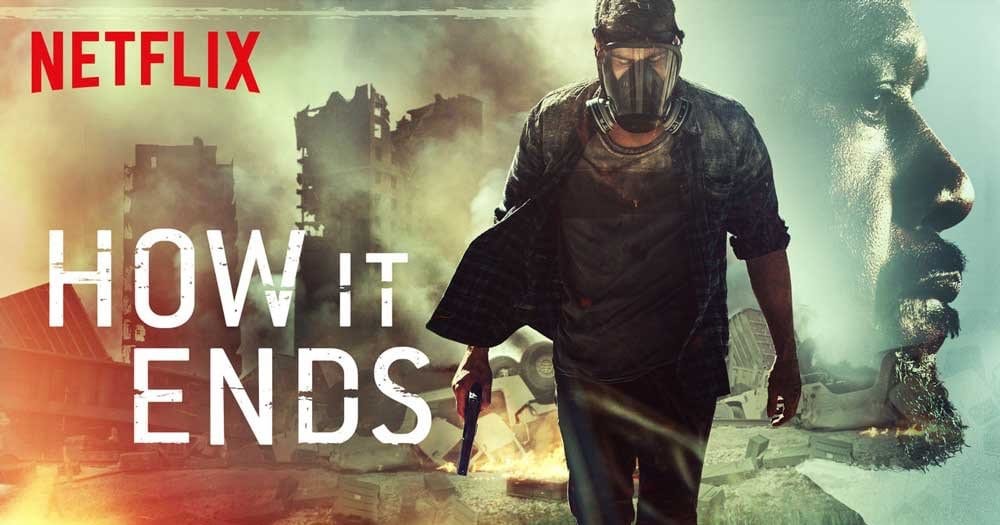 Netflix added a new speculative fiction film to their prolific collection of original productions this past Friday. Starring Forest Whitaker, Theo James, and Kat Graham, How It Ends follows two men, Will (James) and Tom (Whitaker), as they attempt to make their way from Chicago to Seattle in order to save Tom’s daughter, Sam (Graham), in the wake of a mysterious event that has obliterated the power grid and plunged the country into chaos.

Youthful urbanites Will Younger and Sam Sutherland find out they are expecting their first child, a boy, and decide it’s the right time to get married. But before any of that can occur (birth included, I’m assuming!) Will must travel from his home in Seattle all the way to Chicago in order to ask Sam’s dad for her hand in marriage.

Unfortunately for Will, Tom Sutherland seems to despise him and everything he represents. The dinner at which Will intended to relay his proposal turns out to be a combative disaster, and Sam’s mother, Paula, ends the evening by escorting her would-be son-in-law to the door.

The following morning, Sam calls Will at his hotel to discuss the evening while he prepares to catch the next flight to Seattle. Their call is cut short after some sort of explosion on Sam’s end. After Will unsuccessfully attempts to find a flight to Seattle due to large-scale power outages, he heads to Sam’s parent’s condo to catch his breath and make sense of everything that’s happened.

With no power, no working cell phones, and landlines being a thing of the past, Tom decides to drive to Seattle to retrieve his daughter, who is presumably alone without friends and relatives. Will accompanies him, and together, they attempt the 2,000-mile journey in Tom’s Cadillac.

How It Ends has existed as a screenplay since 2010. It earned a spot on the 2010 Blacklist, an assemblage of films that producers liked but, for one reason or another, did not hit the big screen in 2010. Other movies from that year’s list were Hunger Games, What Happened to Monday? and Snow White and the Huntsman, to name a few. Netflix snatched up the rights to the film seven short years later in January of 2017, and filming began shortly after.

image via According to Kristen

This movie covers about a week’s worth of time as Tom and Will cut their way through a new chaotic frontier on the road out West. The world in which How It Ends exists unravels with a breathtaking ferocity. We are shown one timestamp at the beginning: Chicago: 5:33 pm. From then on, we are offered very little in the way of time telling. Will and Tom encounter some serious criminals on the first day of their journey, and they all look like extras from The Devil’s Rejects.

The overabundance of redneck villains aside, I find it hard to believe that even petty criminals would see the first few hours of a power outage as their opportunity to start robbing people at gas stations. But, then again, the rapid downfall of law and order might be the focal point of the film. It’s very hard to tell what the point is… 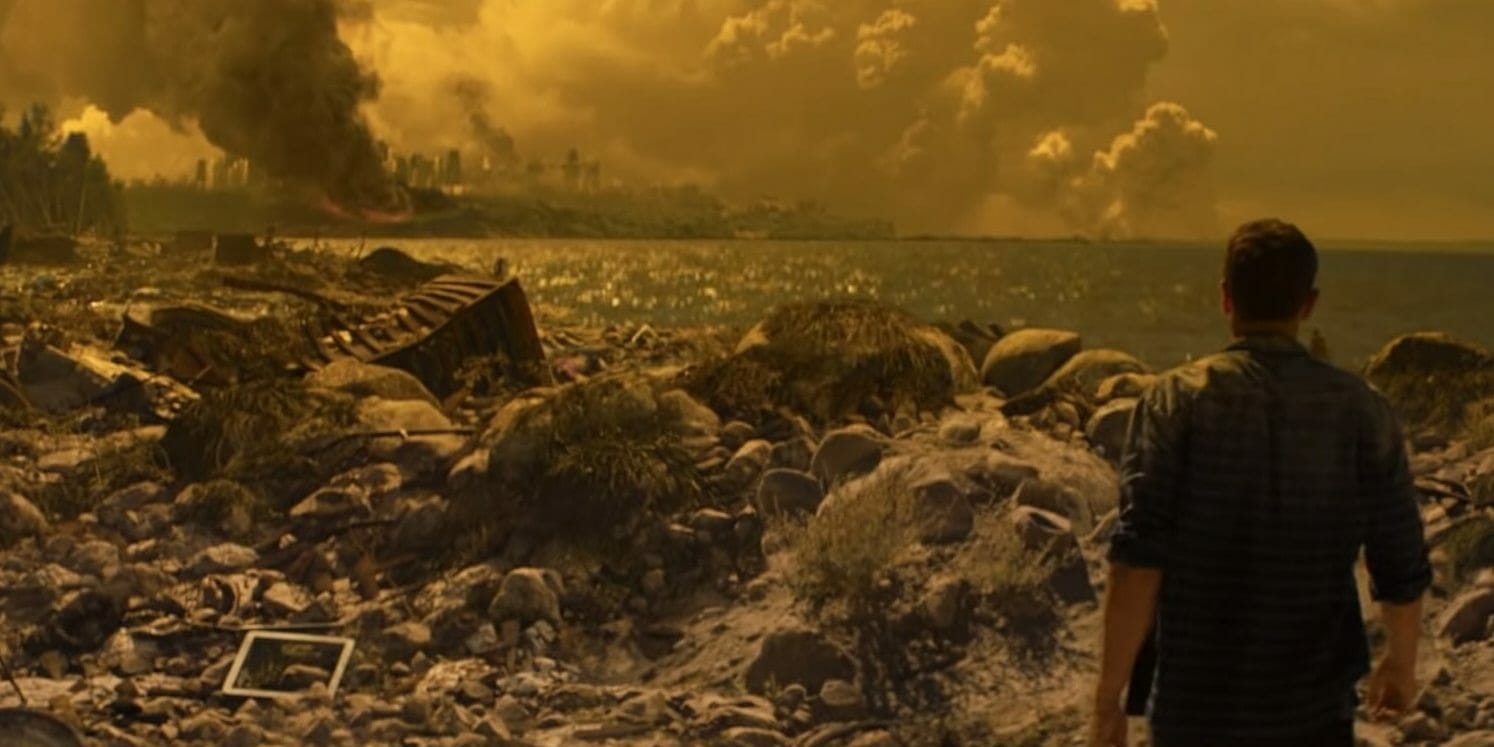 How It Ends stars actors of substance, so it’s really too bad the characters they play are completely uninteresting. We know little to nothing about Sam and Will’s relationship other than they are expecting a baby, and her father doesn’t like him. And something about a boat, but that is explained later, and the truth is not that exciting. Tom Sutherland is a veteran of the Marine Corps and blames his daughter’s loser boyfriend (who happens to be a lawyer) for moving her across the country to set up shop in Seattle.

The characters repeatedly hint at underlying tensions, but no one really addresses their issues in great detail. The bottom line is I just didn’t care about what happened to them. There is very little real emotion at the beginning of this story to connect you to its main characters, and that doesn’t improve as the film goes on.

I wish my list of good qualities about this film was longer. I have three things I’d like to praise. The first is the diverse cast. This film is full of actors and actresses of all ages, races, and socio-economic backgrounds. The second is the sense of the unknown that flows just beneath the surface of the film. Unfortunately, my suspense was not rewarded, and the ending does little to satisfy the viewer who just spent two hours watching it. The third and final positive I have for you is when Will steps out of the car into a war-torn city armed with a gun and a gas mask. The dude looks cool. That’s all I’ve got!

Weighed down by character clichés and chunks of erroneous plot, How It Ends doesn’t waste time discussing how its world actually ends. This is an apocalyptic story that hardly mentions the event that triggered said apocalypse, which left me scratching my head. The focus of this story is the relationship between Tom and Will and their long Odyssey-like journey to save Sam, a.k.a. the damsel in distress. It’s obvious the tension between them is supposed to fuel the intensity of the film, but they barely scratch the surface.

I might have been okay with the film’s deliberate lack of explanation if it hadn’t been completely boring to boot. It took forever to get to the end without ever getting to the point, which is a major NO NO in my book. You have been warned!

Thank you for reading! What are your thoughts on How It Ends? Comment down below!