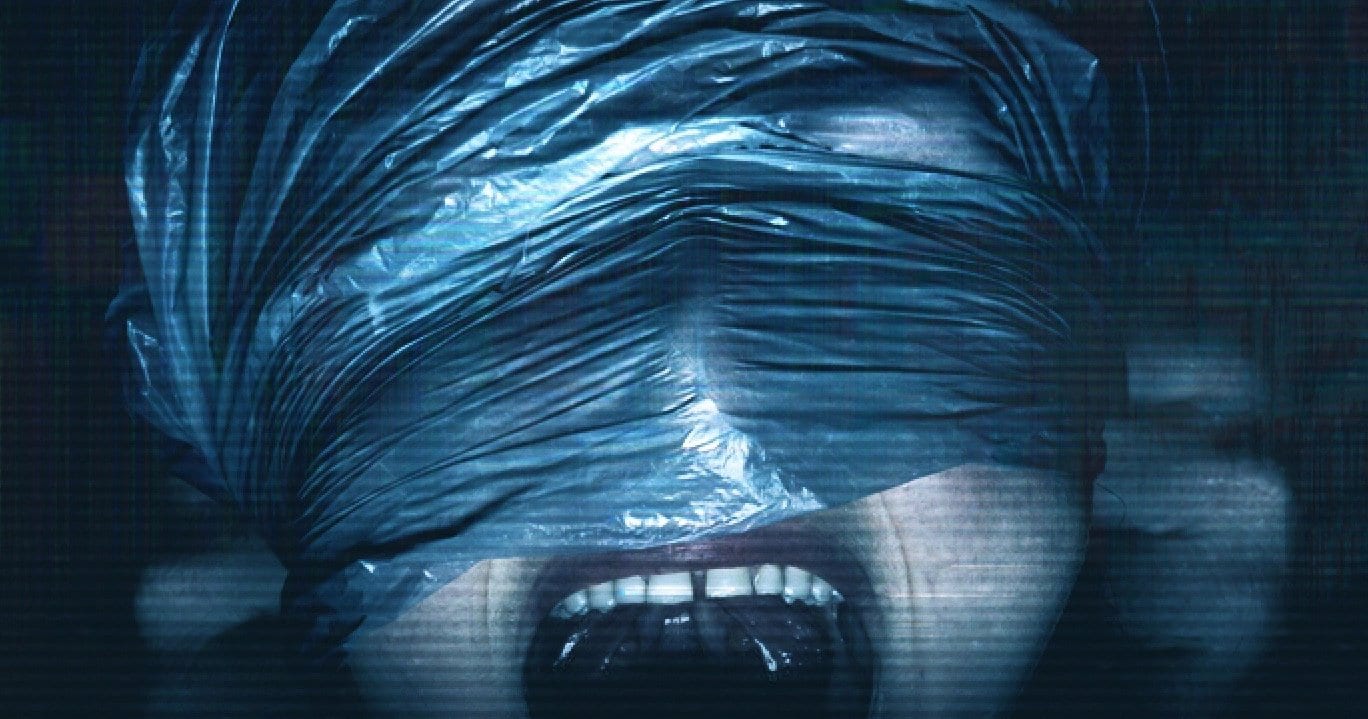 It has become rather obvious to studios in recent years that the found footage template for low-budget horror is becoming tired and stale, but something was bound to come around and take its place. With Unfriended back in 2014 and now Unfriended: Dark Web, the computer screen horror film is starting to gain traction…and I’m already tired of it.

After finding a laptop at the cyber cafe in which he works, Matias (Woodell) displays his new application to his deaf girlfriend Amaya (Nogueras) to help him speak to her in sign language. Unfortunately for him, it backfires, leaving her quite upset.

Shortly after, Matias begins a group Skype call with his five friends: Serena (Rittenhouse), Nari (Gabriel), DJ Lexx (Windyani), Damon (Lees), and AJ (Del Rio). But Matias quickly finds some hidden files on his new computer which link to the dark web. It turns out he took a computer that belonged to a very dangerous person, and that person and others know that he has it.

The group’s Skype call and night quickly turns into chaos as unidentifiable people terrorize them as well as Amaya in order to get the computer and the sensitive information within it back.

Some outlets claim that captured computer screen horror films part of the found footage subgenre. There’s certainly an argument to make, but one thing is for sure: it’s another growing trend that’s cheap to make. As long as it keeps raking in the dough, studios are going to continue to push these movies out into theaters. I’m calling it right now: the Unfriended franchise will become the new version of the Paranormal Activity franchise in one way or another. It’ll overstay its welcome, but each film will have no problem making money against their minuscule budgets. I hope I’m wrong, but then again, studios go where the money is. 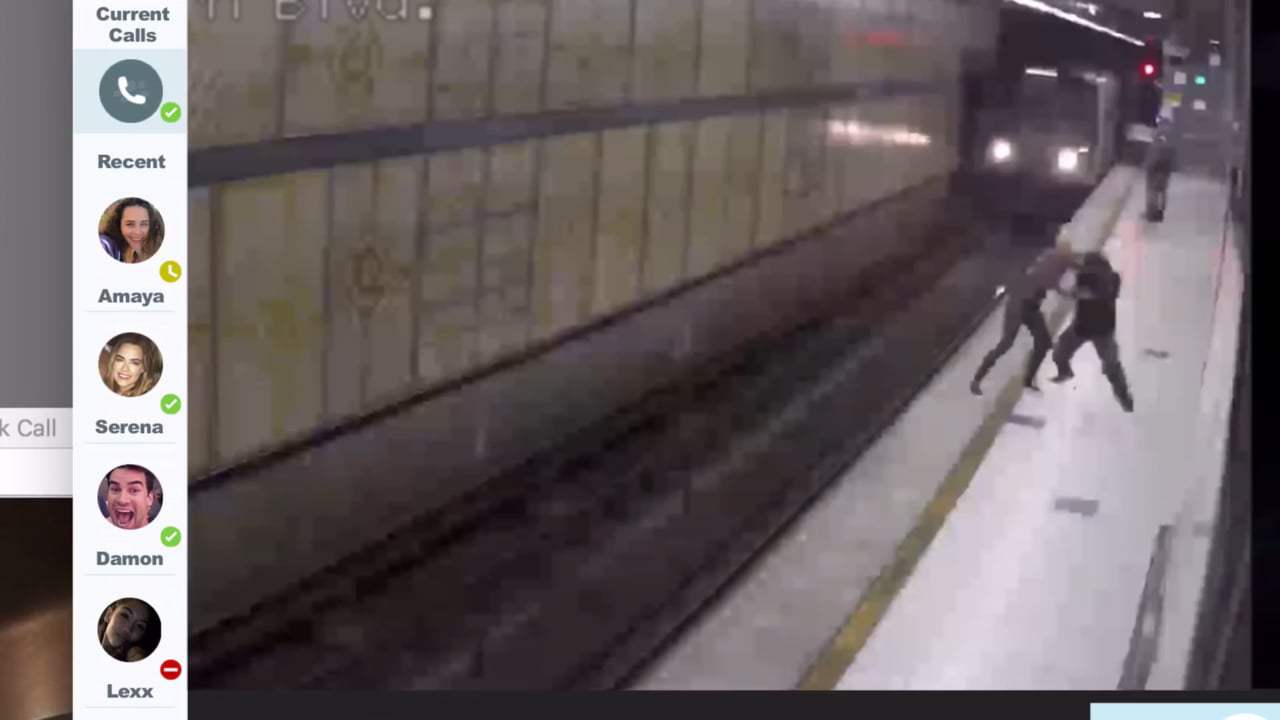 Using a computer screen as a canvas to tell your story is clearly a limitation — you won’t find $200 million worth of special effects in Unfriended: Dark Web. But in a way, it’s a serious benefit. There’s no score in Dark Web, so as the film starts, it’s just a bunch of mouse clicks followed by silence…that’s it. Surprisingly, it’s off-putting in its minimalism. With limited ambient noise, you’re just sucked into the screen, waiting for everything to go wrong.

The slow progression into insanity is filmed as actively as possible with clever notifications that appear in the corners of the computer (and the screen). The evil inside of Unfriended: Dark Web slowly take root is very well-crafted from an artistic perspective, breaking rules where necessary to make everything more visually stimulating (i.e. having windows pop up quickly and following the mouse as it circles around important files in way that no person would actually move a mouse). Some of the internal logic is off — and that’s putting it lightly as I’ll explain later on — but combing the intricate beats of using a computer with incredibly upsetting imagery is damn effective. 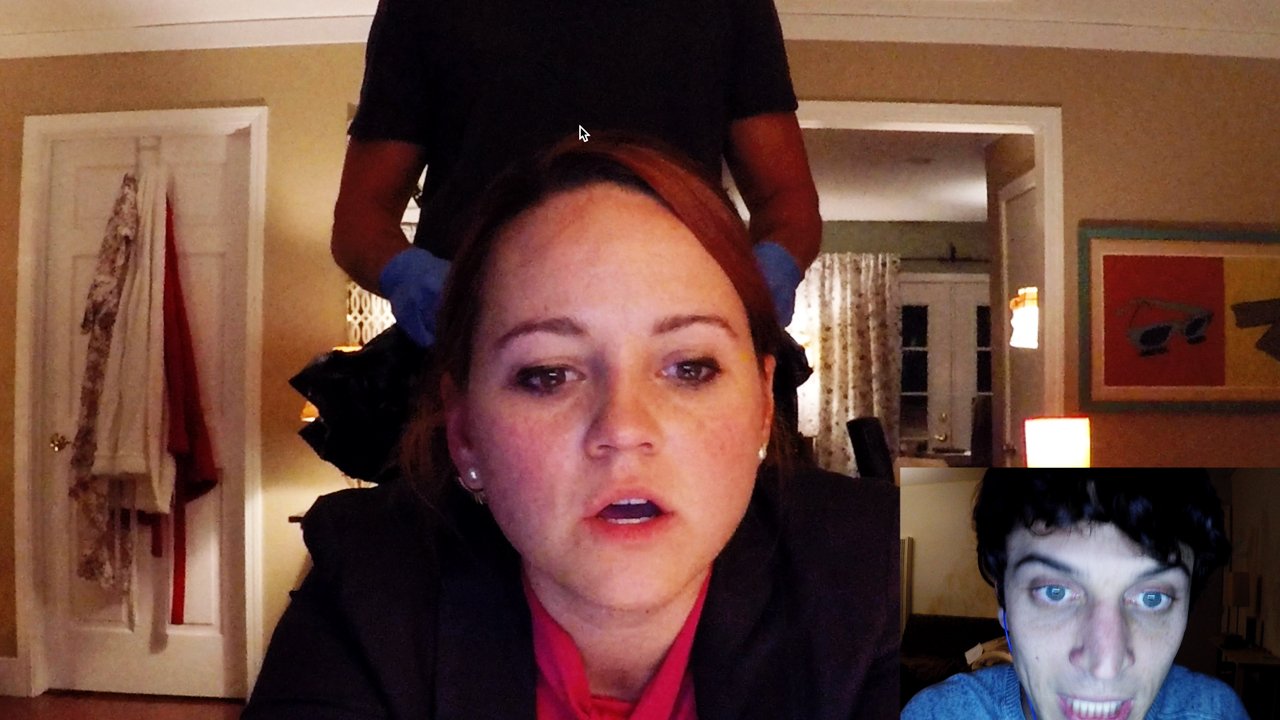 Annoying Characters in an Unnecessary Narrative

But the question remains: was this film necessary? An argument can be made for yes. After all, the dark web is a very real issue where a lot of problems in civilization may lie. But here’s the problem: Unfriended: Dark Web doesn’t do much with that idea. When you step back and look at this film as a whole, it’s merely a standard horror flick with slick window dressing. The real star here is the way the film is shot, but that in of itself does not make a great motion picture.

Speaking of stars, this film has none — well, as far as the characters are concerned. These actors have bright futures if they choose the right projects. Each of them puts in a respectable performance. They’re believable distraught and generally quite good. Betty Gabriel, who makes her third appearance in a Blumhouse film since last year (previously Get Out and Upgrade) is always wonderful on-screen. She probably needs her own starring role sometime soon.

The real problem is the way that each of these characters are written. Out of the five friends on the Skype call in this movie, we have a conspiracy theorist who talks like he’s from the 1990’s and a DJ that calls herself ‘DJ Lexx.’ Not coincidentally, writer/director Stephen Susco is 44 years old. Unfriended: Dark Web doesn’t really understand how younger adults interact and carry themselves, and considering that this entire movie circles around the horrors of the internet and how younger people use it, that’s not exactly an ideal scenario. 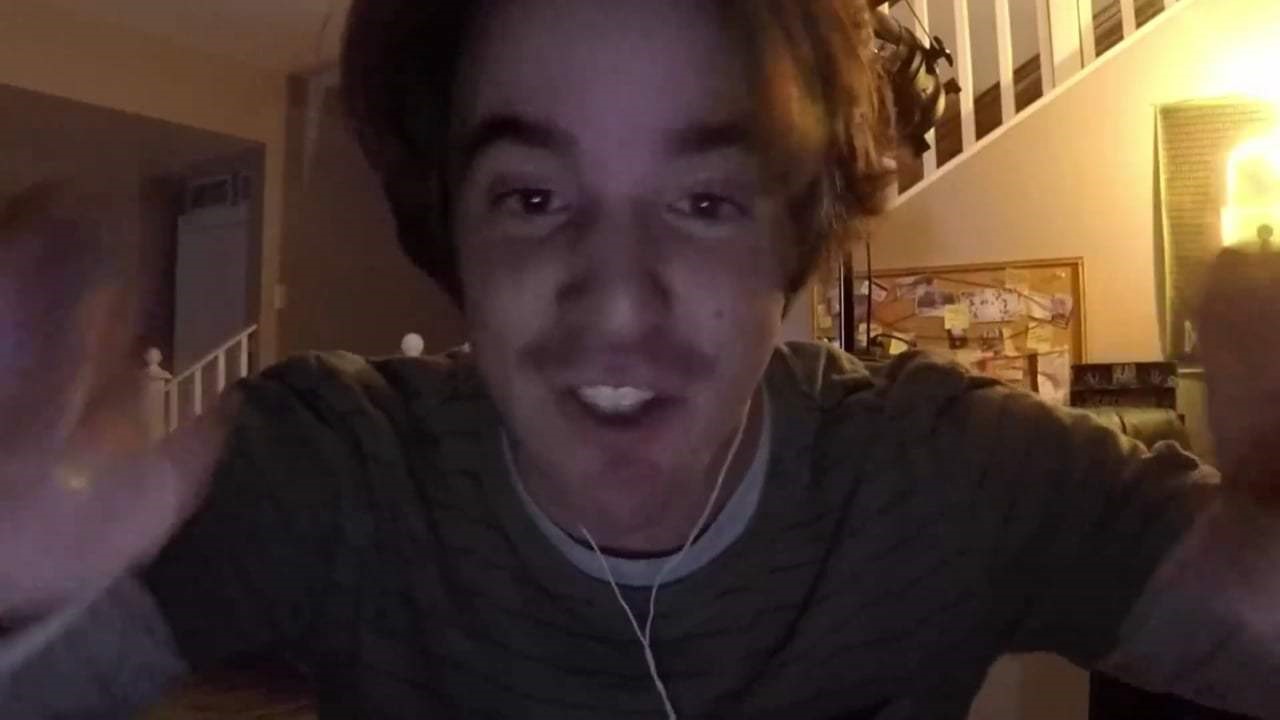 But then we get to the villain of the film: the dark web. More specifically, the awful, awful people who use it in this case. The film chooses to capture these people like they’re internet-based spirits. They warp the camera as they walk into frame, creating static that blurs their identities. No matter what the friends on the Skype call do or say, these individuals know, and they’ll attack them at a drop of a hat.

I guess this setup makes for more of a thrill ride. Scares are fun! They get the heart pumping, fueling the viewer with adrenaline. Still, a bit of reasonable internal logic would help. The dastardly individuals of the dark web are everywhere at all times — they’re omnipotent. Rules don’t apply.

I’m all for schlocky fun in my movies. I can speak to my fervent love for Con Air as an example. But if the silliness doesn’t match with the situation, then what’s the point? I found myself muttering “that’s not how the internet works!” as I had to consistently suspend disbelief to the highest degree. Maybe I’m naive in relation to the inner workings of the dark web — hopefully that speaks to my integrity as a person — but the reasoning in Unfriended: Dark Web didn’t work for me. 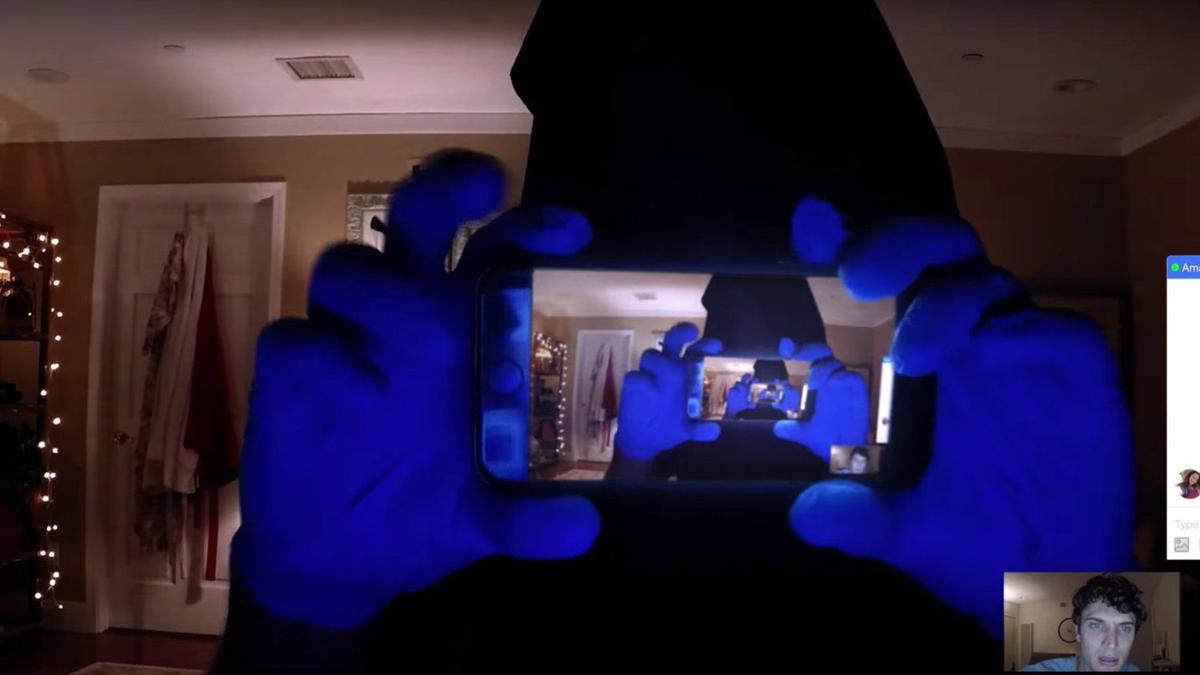 Effectively filmed but logically inept, Unfriended: Dark Web will probably work for those who legitimately turn their brain off when they watch movies, but to everyone else, suspension of disbelief only goes so far. Dark Web treats those that actually use the dark web like ghostly figures, making for movements and visuals that, while stimulating, make less sense than calling Show Dogs a “cinematic masterpiece.”

If you’re going to watch Unfriended: Dark Web, I highly suggest getting obliterated at your local bar beforehand — it’ll make a TON of sense then! All the plot holes will simply melt away. 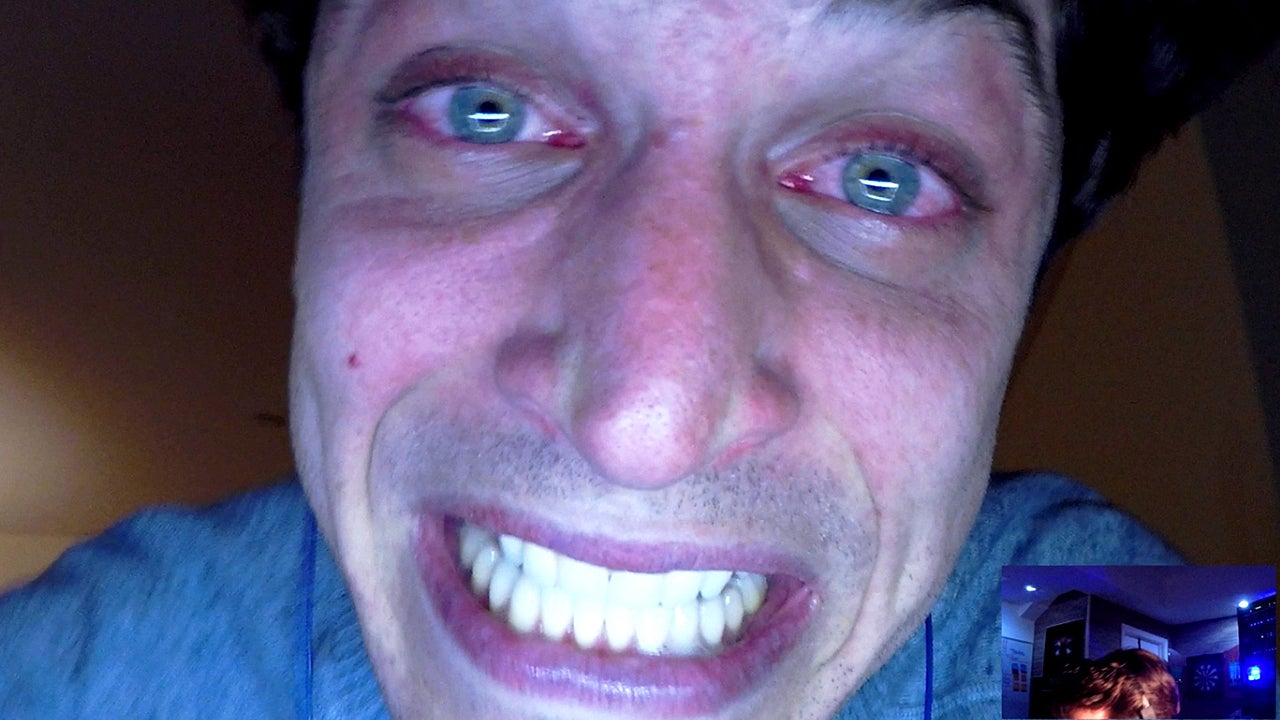 Thank you for reading! What are you thoughts on Unfriended: Dark Web? Comment down below!

[…] title. There are lots of vloggers who like to buy mysterious boxes on eBay and especially on the dark web. When the box arrives, they will open it and have a look at its contents. They film this whole […]

[…] biggest problem is the way Hideo Nakata depicts the chatroom itself. I’m not going to say how he does it, because I don’t want to give too much away. This […]

Well I guess I won’t be accepting this movies friendsrequest, that’s for sure 😊😊