My Explorations of Tubi TV: Part 3 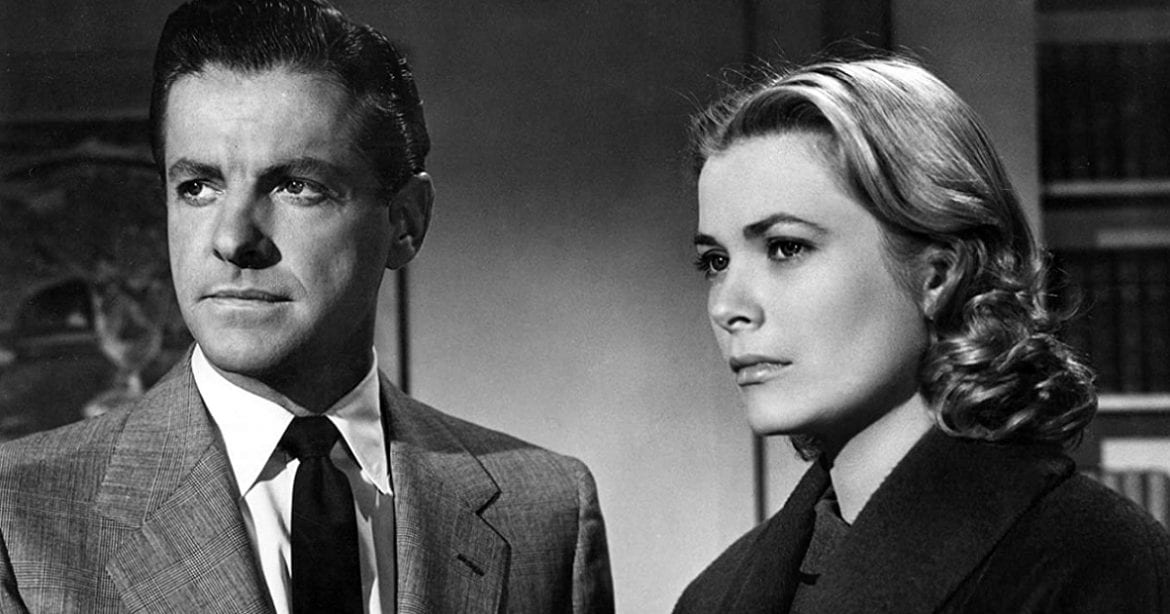 June has come with some big, new titles in Tubi TV’s catalog. Three of the four Scream movies have made it: I am not sure why number four did not. And Tarantino fans everywhere rejoice: Kill Bill 1 and 2 are now on Tubi TV as well. To be honest: after more than 15 years, I watched the first Scream again, and I have to admit that I was quite entertained! But now, let’s have a look at the movies that I recommend this week… or not.

Everybody has one. I admit that I have one. My partner in crime probably has more than one. And I am pretty sure that my Belgian and Spanish friends have one too. And finally, you, dear reader, have one as well.

What the heck am I talking about? That one movie that everybody has seen and you have not. Usually a classic! And although I am a fan of Hitchcock — especially when he collaborates with composer Bernard Herrmann — and have seen most of his works, somehow Dial M for Murder stayed on my watchlist for far too long.

But now I have finally seen it. And I was pretty much impressed. An ex-tennis pro discovers that his wife has an affair with a writer. He decides to murder her, yet in such a way that he won’t go to prison for it. But when things go wrong and somebody else dies, the husband tries to frame his wife for that unexpected death. But will he get away with it and commit the perfect murder?

As usual for Hitchcock, Dial M for Murder relies on a good screenplay. And although I enjoyed the movie a lot and kept on wondering how it would end, I didn’t give it a perfect score. And I blame Grace Kelly for it… Now, you will not hear me say that she is a really bad actress. I just think that the range of emotions that she can express is limited, especially when you compare her with Kim Novak. Too bad, since she is one of the central characters in Dial M for Murder and goes through a lot of distress in the movie.

In short: I am happy that I have finally seen it, but Vertigo will remain Hitchcock’s masterpiece. And one of the best movies ever made.

This is the second Norwegian movie that I’ve feature in this series — the first one being the delightful horror movie Trollhunter. I have to admit that when I saw the title, I imagined this to be a mediocre action movie about a tsunami with some unimpressive special effects. Well, it turns out I was completely wrong.

First of all, the heart of the movie is a really nice screenplay, centering around a fjord in Geiranger, a tourist destination in Norway. At the beginning of the movie, there are some problems with the groundwater in the fjord. The main character, geologist Kristian tries to warn his colleagues — or anyone else, for that matter — about the catastrophic consequences this could entail. But, time runs out and before we know it, a whole side of the fjord crashes, causing an enormous tidal wave 80m high.

The Wave not only features an interesting screenplay and some pretty decent special effects, but some very solid acting as well. As a consequence, you care about the events depicted and the characters involved. It’s only too bad that the ending is quite predictable; it becomes quickly clear who will make it and who not. But I have to admit that The Wave was an agreeable surprise.

By the way, Norway submitted this movie for the Oscar of Foreign Language Film, which was a brave decision, if you ask me. Unfortunately, it did not get nominated.

The original Cube (1997) was directed by Vincenzo Natali and quickly reached cult status. The concept of this combination of sci-fi and horror is simple and genius at the same time. A group of people finds themselves in a series of interconnected cubes. Escape quickly becomes a priority, but the prisoners have no idea where and how to find an exit. Moreover, some of the cubes have lethal traps in them.

The trilogy has been on Tubi TV for some time now, but is about to leave soon. So, If you want to know who survives and who doesn’t, you better start watching quickly. But are the three movies all worth it?

For the first one, I would definitely say yes! A decent screenplay, and some good gore and special effects, and the acting is certainly not bad. At the time, it was quite original and it has become a classic.

The two other movies didn’t fare so well. The second movie is just a variation of the first one, with more gore and special effects, and even more lethal traps. It’s nice when you can’t get enough of the first one, but that’s about it. Movie number 3 is actually a prequel and is quite forgettable. Only for die-hard fans.

Where — or better: when — did things go wrong with Hideo Nakata? Let’s not forget: this is the man who gave us gems like Ringu (1998), Ringu 2 (1999) and Dark Water (2002). Besides, Chatroom had its premiere at the Cannes Film Festival, not just any movie festival. As you can imagine, my expectations were quite high.

And on paper, it really must have looked so interesting. Five young people meet in a chatroom but they soon start to manipulate each other, which leads to some very serious consequences. Unfortunately, the movie itself is so boring and I couldn’t finish it. Can you?

My biggest problem is the way Hideo Nakata depicts the chatroom itself. I’m not going to say how he does it, because I don’t want to give too much away. This is, after all, a horror movie! Maybe Nakata intended it as an interesting gimmick, but it simply confused me. Moreover, the 5 characters are not interesting, I would even say that they are so… cliché. And the bad thing is, this movie is character-driven. But that’s not the worst thing. No! Get this… THE. ACTORS. ALL. SUCK.

And, apparently, one of Nakata’s most recent movies, Sadako, is even worse…