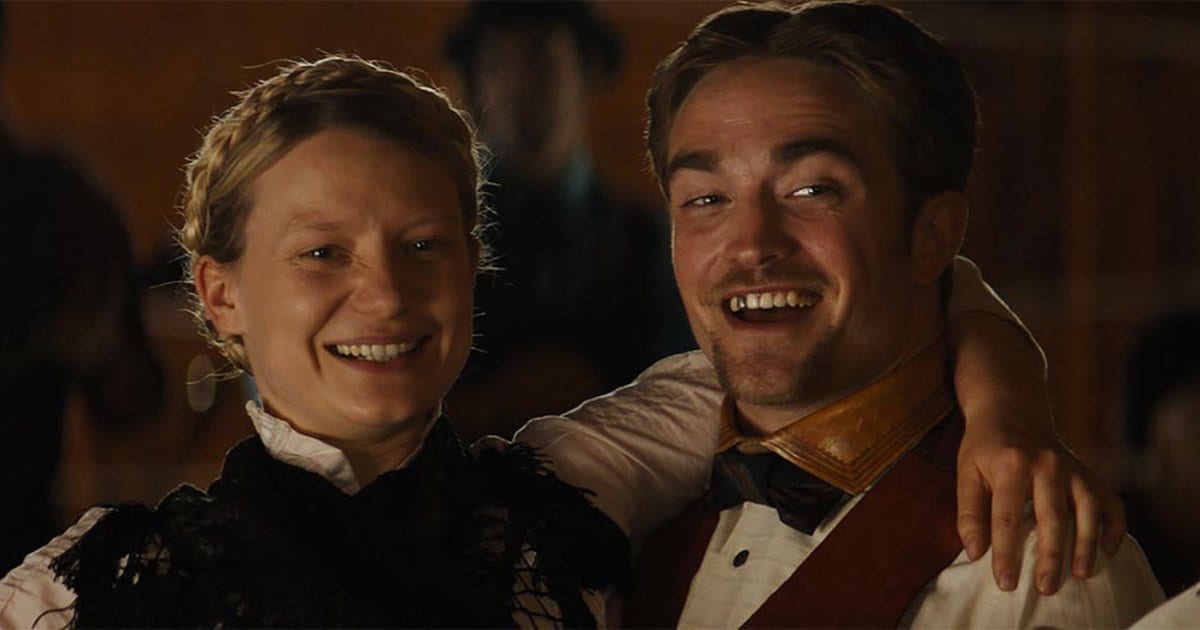 The 67th annual Melbourne International Film Festival is well and truly underway.  With 374 films from 80 countries screening over 18 days, this year’s festival is huge. And I’m privileged to be covering the festival as official accredited media under the MovieBabble name.

Because I am seeing over 30 films during MIFF and have to juggle with, you know, life, I will not be able to write full reviews for every single film I see. So here are some quick reviews for the films that I saw over the first few days of the 2018 Melbourne International Film Festival.

What a way for me to kick off the festival with this offbeat, heartwarming Icelandic comedy. This film follows middle-aged choir instructor, Halla (Halldóra Geirharðsdóttir) who is secretly an eco-warrior focused on tearing down the heavy industry that threatens Iceland’s natural beauty. However, Halla’s one-woman crusade is interrupted when her application to adopt a child from four years ago is approved.

This is the first film I saw at the festival and it is so far my favorite. The cinematography is just absolutely gorgeous, truly capturing the beauty of the Icelandic mountain ranges that Halla is desperately trying to save. Geirharðsdóttir’s performances as both Halla and her twin sister are very different, but she pulls off both roles extremely well. This film even has a diegetic score, with a band of Icelandic Folk musicians and Ukrainian singers that follow Halla everywhere she goes. Initially, I thought this would get tiresome and repetitive and would be the gimmick of the film, but it is effortlessly incorporated into the story and brought laughter to the audience whenever it happened.

A very deserving winner of the Society of Dramatic Authors and Composers Prize at Cannes’ Critics’ Week. I guarantee there will be an English language remake sometime in the next few years, but it won’t come close to this. Woman At War is one of the best films of 2018 so far.

The opening night film of the festival was the directorial debut from actor, Paul Dano. Adapted from the novel by Richard Ford, Wildlife sees Jake Gyllenhaal and Carey Mulligan as a working class family raising a teenage son (Ed Oxenbould) in early 1960’s Montana as their relationship begins to fall apart.

As you’d expect with an actor turned director, the performances here are the highlight of the film. No surprises that Jake Gyllenhaal is great in this film and commands the screen in every scene he is in. Carey Mulligan continues to prove that she is one of the most underrated actresses working today with another outstanding performance (I keep forgetting that she’s British, her American accent is that good). Aussie actor Ed Oxenbould is quite good in the film too, but unfortunately, his character has very little growth and is the least interesting of the three, yet the film is told from his perspective. I understand what they were going for, but the film would have been so much more interesting it if it was told from the perspective of Mulligan’s character.

Apart from the performances that really elevate the film, everything else about Wildlife feels very conventional and by-the-numbers. The overall story isn’t that interesting, the shot composition is static and visually bland and there is some painfully on-the-nose metaphors. I think still have a mild concussion from the amount of times this movie beat me over the head with its not so subtle metaphors.

Despite my gripes, this is an impressive debut from Dano. There is certainly room to grow as a filmmaker and I’m exciting to see him further evolve his craft.

This slow-burn, South Korean drama from Lee Chang-Dong was one of the biggest films to come out of this year’s Cannes Film Festival. Adapted from the Haruki Murakami short story “Barn Burning”, It follows Jong-su (Ah-in Yoo), a struggling writer making a living doing odd jobs. One day, Jong-su reconnects with Haemi (Jeon Jong-seo), an old childhood neighbour and classmate.

When she returns from a trip to Africa, Haemi introduces Jong-su to Ben (Steven Yeun), a young, mysterious Korean man whom Jong-su suspects is not who he says he is.

Burning starts out as this sort of romance film about two people reconnecting after a number of years. However, when Glen from The Walking Dead shows up as this handsome rich man, something immediately feels off. Eventually the film becomes a patient, yet absolutely compelling and engrossing mystery that can feel a bit monotonous and meandering at around the halfway point, but has a riveting third act.

The cinematography is immaculate with these vast shots of the South Korean countryside, coinciding with Jong-su’s constant feelings of loneliness and isolation. All three leads are terrific, especially Steven Yeun. He gives his character a great sense of intrigue and it was really cool to see him in a Korean film using his native language.

I don’t really want to say too much more about the film, because I feel that you should go in knowing as little as possible. It’s not quite the masterpiece some are making it out to be, but it’s still a damn good film.

Debra Granik’s much awaited follow-up to the critically acclaimed, Oscar nominated Winter’s Bone is finally here. Adapted from the Peter Rock novel, My Abandonment, Leave No Trace sees Ben Foster as Will, an Iraq War veteran suffering from PTSD. He and his 13-year-old daughter, Tom (Thomasin McKenzie) live a peaceful, simple life in a national park on the outskirts of Portland. When their camp is discovered by park rangers, Will is arrested and the two are placed into social services, who help the father and daughter to integrate back into society.

Since Hell or High Water, audiences are really starting to take notice of Ben Foster as an actor and rightly so. He is terrific in this film. It is a much more understated and subtle performance than what he’s done previously, but it is still very powerful. In the same way Winter’s Bone introduced audiences  to Jennifer Lawrence, Leave No Trace will put 18-year-old New Zealand actress, Thomasin McKenzie on the map. She is brilliant in this film and has fantastic chemistry with Foster.

This is technically masterful film as well. The direction from Granik is incredibly well done , the cinematography and production design are absolutely breathtaking, with each beautiful shot of the forest making me want to abandon society and go live in the woods. However, I feel the film falters a little in its script. The story does get a little repetitive and I couldn’t really get invested with these characters and the story, despite how great Foster and McKenzie are. Many scenes hinge on the film’s emotional core of this father and daughter relationship, but for whatever reason, I struggled to get emotionally invested until the film’s impactful ending.

There is a lot to love about Leave No Trace, and I really wanted to like it a lot more than I did. That being said, It’s still a very solid drama that’s definitely worth checking out. 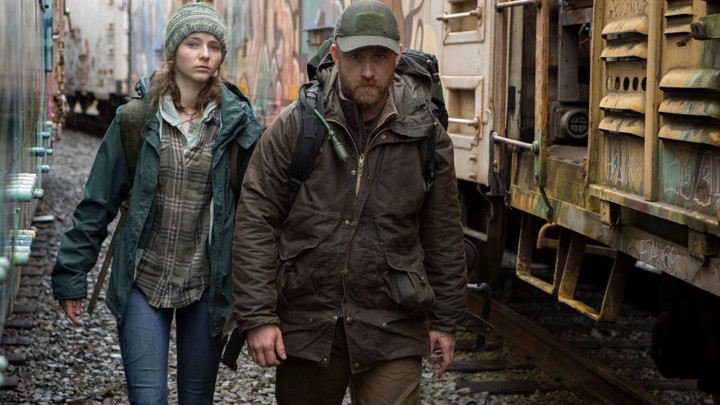 Written and Directed by the Zellner Brothers, Damsel is set in the American West circa 1870. Samuel Alabaster (Pattinson), an affluent pioneer, ventures across the American frontier with a local pastor (David Zellner) and a miniature horse named Butterscotch to marry the love of his life, Penelope (Wasikowska). As his group traverses the west, the once-simple journey grows treacherous, blurring the lines between hero, villain and damsel.

This is a very strange movie. It begins as a fairly straightforward road comedy with Pattinson and Zellner’s characters. However, this film takes a very unexpected turn at the halfway mark which completely subverted all my expectations of the film and it was an admittedly cool twist.

Unfortunately, the film doesn’t know what to do with this twist and there is still fifty-odd minutes left after this happens.

Shortly after this turn, a character in the film says “Well, what happens now?”, which I felt was the writers echoing their lack of Ideas for the second half of the film. Even more so as this character (ironically) is played by one of the Zellner brothers. But to answer that question that both that character and me as the audience was asking; What happens now? Not a lot, because nothing really happens after the big plot turn.

That’s not to say this movie is without any redeeming factors. Wasikowska and Pattinson are both very good and there are some genuinely funny moments of physical comedy, yet more jokes miss than they do land. Damsel is ultimately a missed opportunity that has its moments, but leaves much more to be desired.

Those were the first handful of films I caught over the first few days of MIFF 2018. Stay tuned in the coming days and weeks for more collections of mini reviews like this and the full reviews I’ll be writing for films such as Climax and The Man Who Killed Don Quixote. Until then, I still have a bunch of films to see at the festival.

Dear Sean, I will share your article with your permission. Thank you in advance :)

Absolutely! Thanks For Reading!