Although Robert Pattinson’s name still has somewhat of a stigma for casual moviegoers from his work in the Twilight series, those who have seen his recent work know that he is incredibly gifted as a performer.  Since his time in Twilight, Pattinson has spread his wings in the indie circuit.  His next film, Good Time, looks to further that sentiment while delivering some potent crime drama thrills.  The following review will be spoiler free. 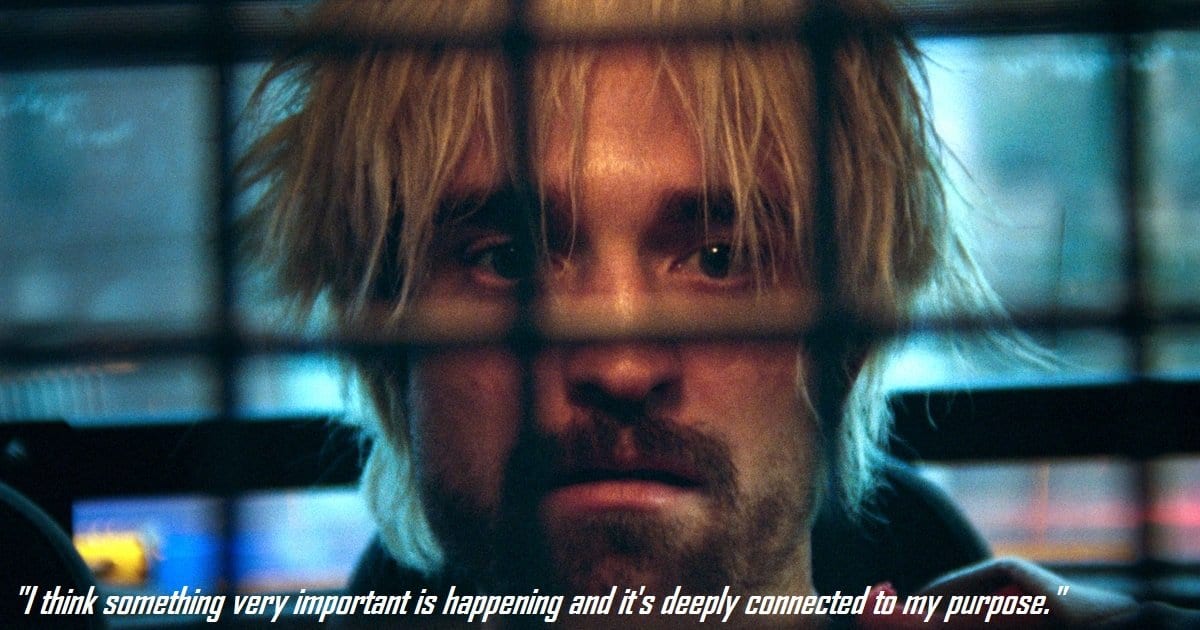 Good Time is directed by Josh and Ben Safdie and stars the aforementioned Robert Pattinson, Ben Safdie, and Barkhad Abdi.

Constantine Nikas (Pattinson), although very troubled, does his best to look after mentally handicapped brother Niklaus (Safdie).  However, due to their livelihoods, Connie and Nik resort to lives of crime on occasion.  After a bank robbery for the brothers goes awry, Nik ends up getting caught by the police as Connie escapes, leading Connie to attempt to free Nik by any means necessary.  In a trippy, wild ride, Connie encounters uncomfortable, gritty situations with equally bad people that leads him down very dark paths.

Good Time has been gaining praise in the indie crowd for quite some time now.  This praise hit an all-time high when the film was selected to compete for the Palme d’Or in the main competition section of the Cannes Film Festival, which is the highest honor that the festival gives for those who aren’t in touch with their French roots.

Good Time has been praised for its psychedelic nature by many of film’s most esteemed voices.  The film even won the award for Best Soundtrack at Cannes.  Funny enough, Oneohtrix Point Never composed the music.  That name may sound foreign, but you know his work from his collaboration with Iggy Pop on the track “The Pure and the Damned.”

However, this fame wasn’t universal as a small but substantial group of critics wonder what all the fuss is about.  Either way, many were talking about Good Time as a unique moviegoing experience.

Forget Twilight, Pattinson is a Star

If nothing else, Good Time is worth seeing for Robert Pattinson’s performance alone.  Pattinson places the narrative of Good Time firmly on his shoulders as he takes us through a tour of the underbelly of New York.  His character, Connie, is slimy in just about every way.  He cons his way into people’s good graces through flashes of charisma only to then take advantage of every little ounce of freedom that he is given.  To put it bluntly, he is very, very scummy.

In fact, he’s actually incredibly unlikable.  It’s a very odd line that Pattinson straddles.  Objectively, his character has really no positive traits to keep you invested, some people might walk away from Good Time hating the film for that very reason.  However, there’s something highly magnetic about the way he moves and carries himself.  You can’t seem to take your eyes off of him. Be Prepared to Take a Shower After Good Time

Good Time is one of those films that comes around every so often that is truly unsettling in its realism.  There are literally zero punches pulled during the film’s approximate 100-minute run time.  In some instances, you might even wonder if you’re a fly on the wall watching these scummy people act out.  There’s absolutely nothing “Hollywoodized” about this movie.  You will grimace at some parts of Good Time, you might even look away at its heightened sense of practicality.

Throughout the film, we follow Pattinson through one crazy night that involves copious amounts of drugs, alcohol, and seedy locations.  Although there’s a highly psychedelic nature to the film that could maybe feel whimsical, you feel as if a layer of soot is rushing over you.  Good Time is simply dirty.

Good Time has an amazing sense of capturing (and mirroring) trippy sensations felt by the characters.  Oneohtrix Point Never’s soundtrack deserves an incredible amount of praise in this respect.  It is unlike any score that this critic has ever heard.  It is equal parts delusional and unsettling, seeping into your subconscious as you see descipable events unfold.  The music makes your heart race while also making you feel as if you took ecstacy yourself.  There’s a ton of subtle nods to the movie’s subject matter within its beats that accent the film in ways that is hardly ever seen.

An Unfocused Narrative Keeps Good Time from Being a Great Time

In the middle of the race with law enforcement, Good Time makes you wonder, “wait, was the point of all this again?”  The film detours into wacky situations that divert from Pattinson’s main goal in the film: to bust out his brother.  We get bogged down in other pursuits that this main goal unfortunately fades to the background.  It’s ending may even make you feel as if you just wasted your time in some respect.

The Safdie Brothers clearly have gifts that will lead to great films in the future, But this critic would have liked to see a more focused narrative at times.  Although Good Time remains eminently fascinating, one can’t help but feel as if more emotion from the central relationship could have been extracted.  There’s a difference between a movie being harsh and cold.  Good Time sometimes doesn’t teeter that balancing act as effectively as it could.

Although his character may not have the most redeeming traits at his core, Robert Pattinson utilizes great (albeit sometimes unfocused) direction from the Safdie Brothes to give the best performance of his career.  Good Time is grimy, disturbing, and downright cruel.  It certainly isn’t for everyone, but it will most certainly reward those who have the right frame of mind heading into it.  It gets a B+.

With no new films getting a wide release this Labor Day, go support some indie picks such as this one.  There’s a lot of great ones out there!

Thanks for reading!  What are your thoughts on Good Time?  Comment down below!