Jake Gyllenhaal Claims to Finally Play a Superhero in ‘Stronger’ 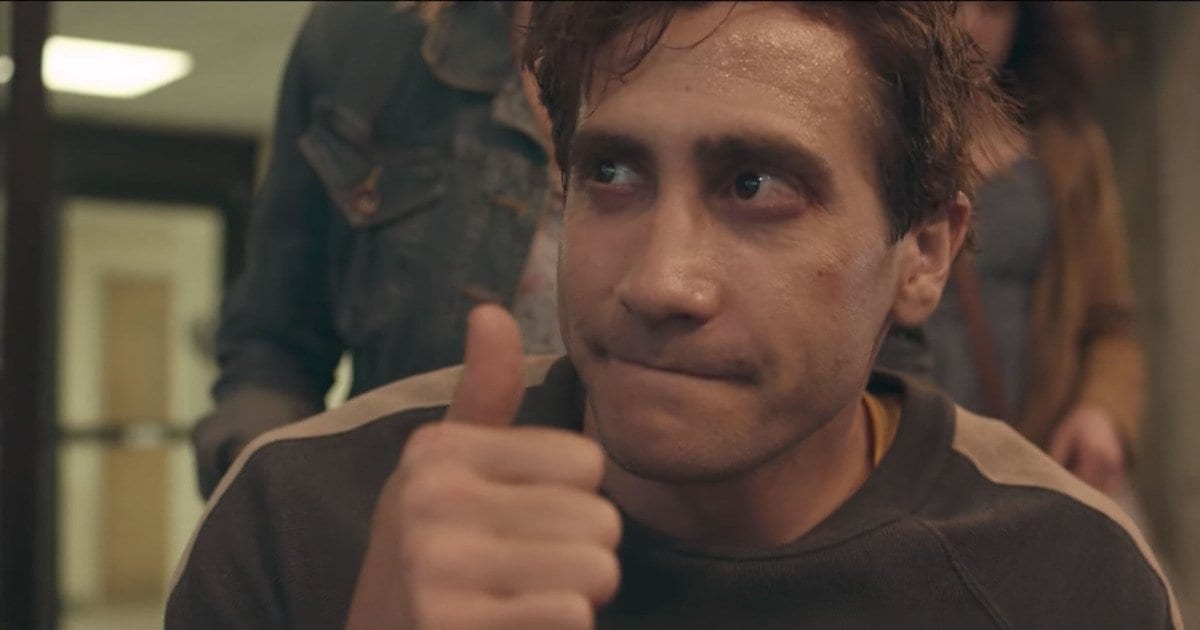 Although it might not be the most controversial news (which certainly isn’t a bad thing), Jake Gyllenhaal had something to say the other day about Jeff Bauman, a survivor of the Boston Marathon bombings that Gyllenhaal plays in the upcoming film Stronger, that is sure make to warm your heart.

People have been calling for Jake Gyllenhaal to play a superhero for quite some time with many pleading for him to take on the role of the Joker.  However, Gyllenhaal claims that he has finally played a superhero in his upcoming film Stronger where he plays a man who lost his legs in the tragic Boston Marathon bombings a few years ago.  Gyllenhaal had this to say:

“I’ve been asked over my career, in interviews, ‘We hear you almost played this superhero, when are you going to make a superhero movie?’ I feel like I finally kind of have.”  He would later say, “Being open and allowing his story to be told — which is profound vulnerability — that makes him [Bauman] one of the strongest people I know.”

Of course, Bauman would later pass the praise to his caretakers and doctors claiming that they’re the true heroes, but one can’t help but feel some positivity surrounding the entire exchange.

The movie, Stronger, is an adaptation of Bauman’s memoir and depicts the aftermath of the incident and how he recovered.  The film has already been released in select theaters and will be expanded into more territories in the coming weeks.

This certainly won’t ruffle any feathers like a Memphis theater board deeming Gone With the Wind to be “insensitive,” but they’re certainly heartwarming comments that will brighten your day.

Coming off of 2016’s Patriots Day, more of people’s stories from the bombings are coming to light, including Bauman’s.  It’s definitely a worthy cause to see these people benefit as others continue to heal from the tragic events.  One can only hope that these stories are handled with grace like the stories in Patriots Day and Stronger.

A tip of the cap goes to you, Mr. Gyllenhaal.  We’d love to see you in the next Marvel or DC property, but this performance is certainly for a cause that is higher than just pure entertainment.

Thanks for reading!  What are your thoughts on Jake Gyllenhaal’s comments?  Comment down below!

I was reading a few articles about this last night and have found that a lot of people are unhappy because Jake is not an amputee and they feel this role should have been portrayed by someone who has this disability. This is becoming quite a common theme when looking at films which deal with sensitive topics such as Jared Leto in Dallas Buyers Club not actually being trans and some people who watched The Theory of Everything were upset that Hawking was portrayed by Redmayne and not someone who has MND (although this would clearly not be feasible). What are your thoughts on this?

I don’t know, I just prefer when actors and actresses are respectful of the character and the situation. If they realize that their role is more to honor the person than for pure entertainment (which I feel is prevalent in all three of the cases you mentioned), then I’m okay with it.

Also, from a casting perspective, it’s almost impossible to find actors and actresses that perfectly fit that criteria.

I’ll bite: It’s called acting for a reason. If we have to use people who match the role exactly in all cases it is no longer acting. Maybe the whole reality TV era destroyed the concept of acting for a whole generation? One of my great pleasures in film watching is seeing actors so transformed from one role to the next that you can’t always recognize them right away.

I totally agree with you. It’s something that has frustrated me no end since I read it and I wanted to discuss with other movie enthusiasts such as myself. I’m completely with you there. Acting is acting, it is their job at the end of the day. I think people are a bit too sensitive nowadays or just need an excuse to have a moan! !

Eyeballs to eyeballs you and I ;-)

Every Disney Live Action Remake From Worst to...