Why The Gangster Sub-Genre Just Isn’t As Relevant Today

The crime/gangster sub-genre contains in itself an anachronistic library of classically defining workings. Historically, the genre seemed to have generally trickled down in relevance, peeking relatively fast but also plateauing in equal measure. It laid the groundwork for iconic filmmakers to exercise their aptitude. Seeking out what occurs behind the closed doors of a seedy underworld. Like any genre, many of the adapted screenplays need to show their acknowledgement for the literature that gave us a window into this fascinating milieu.

In this hypothesis, it’s important to distinguish how its composition contains synonymous elements. Organized crime, mob hierarchies and feuds, and drug dealership are vices that all set-up the gangster film congruently. But as society progresses into newer times, less secretive times with social media and the utilization of technology, it has quietly drifted away like hackle haired Wilson at sea. When you examine the various reasons why, you’ll find a fair few.

Image via Critics Round Up

Most biographical mafia movies are almost exclusively set in different eras to the one we’re living in now. Once Upon A Time In America, Goodfellas, The Godfather trilogy, Scarface, Casino, Reservoir Dogs and even something as peripherally related to the genre such as Pulp Fiction are all examples of a world we’ve more or less departed from. Of course, stories are analogous of the stories of old. And there will always be a pertinent place for the 7 basic plots — regardless of genre. But organized crime has devolved into a much less viscerally crude process of rogue problem solving.

Chaos has certainly evolved. Older times enforced a more rigid status quo of conservatism. This sparked a tension filled, combative, constant desire for change. Certain values differ from today’s more generally liberal aims but during these times, covert ‘going against the grain’ was a lifestyle that was more accessible in the crime world. In practicality, there is just no place for it in more modern times. The convenience of mob crime is not as instantaneously advantageous as it previously was. In a roundabout way, today it’s simply more difficult to be a ruthless crime lord — at least on the surface.

Image via Critics Round Up

This should be taken with a pinch of salt (or any substance akin to that [wink-wink]) and with a fair understanding that this is merely a minor point. But the fact that cultures have become less prudish has caused a somewhat ‘nulling’ effect on our mysterious amusement with the subject. We simply know far more about them in 2018 — even in terms of chemical composition and distribution.

It will always be relevant but in the grander scheme we are more open to the potential good in some drugs. As an example, cannabis being a prime linchpin of this and it is exponentially gaining more and more traction for legalization—and it is not the only one. This is not to say that crystal methamphetamine should be laughably less incriminating but the ominous side of narcotics has lost its grip on moviegoers as a plot thickener to a mild extent.

Did The Sopranos Almost Single-handedly Destroy it For Film?

Is television a better medium in this regard? The complex network of gangs and the nature of their lengthy struggles only ever go so far in movies. The Sopranos was a seminal moment in pop culture; there was a slow surge in similar narratives on TV that followed suit. The Wire, Boardwalk Empire, Narcos, Breaking Bad, Ozark and Peaky Blinders are just some of the examples that have captured audiences in this decade. Even despite language differences as Narcos is partly subtitled and remains a huge marker in the current Anglosphere. It seems as though TV took what film had inaugurated and explored every tiny corner of the sub-genre more precisely. How can film truly compete? In short, it mostly can’t. Maybe a Marvel-esque cinematic universe could help to expand it? Just kidding… 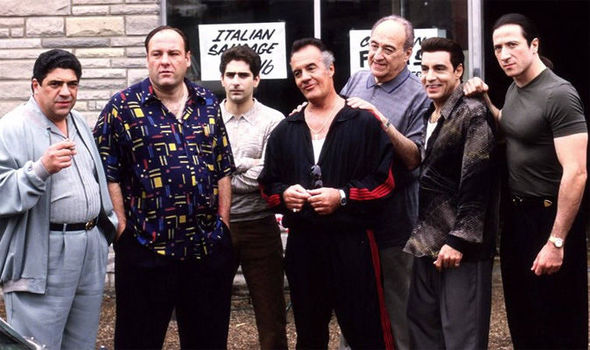 Gotti: A Symptom of The Current State

With an astounding 0% rating on Rotten Tomatoes, Kevin Connolly’s recent farcical flop ‘Gotti‘ made headlines for the wrong reasons. This is just one movie, one filmmaker and one failure that will be forgotten. But this says a little more about the situation at hand in this genre. A mob movie centered around John Gotti being the “Teflon Don” of the Gambino crime family does contain the bells and whistles of an interesting, meaty biopic. However, even if this endeavor proved to be a worthy piece, how relevant would it be? Which leads onto my next point. But a massive defeat like this, both critically and commercially, is difficult to ignore when examining this decline in quality.

Good But Not Important, Apparently

There seems to be an unreachable modern threshold for how well a mob movie can be in contemporary film. Although being a remake released in 2006, The Departed is a relatively recent undertaking that reached soaring heights. An ensemble cast that bolsters the project’s prestige and great source material with a seasoned director behind it marked it for precocious success. Newer films such as Black Mass need more love.

When compared to Gangster Squad, Live By Night or even a comically subversive De Niro film such as The Family, there are still worthy titles like Black Mass. A niche following is a prerequisite for films such as Killing Them Softly or Rob The Mob. But the problem is the irrelevance of even decent work. American Hustle being a noteworthy one for making perhaps the most Oscar-baited noise. You know that times have changed when the most recent Best Picture award was given to a film orientated around a deaf janitor falling head over heels for Godzilla’s younger cousin. But, unfortunately the sub-genre’s most adverse effect is its significance simply not going very far. It is ‘hit or miss’ more than ever now, but even when it hits, it just doesn’t slam hard enough.

Is There Still Hope?

This question is a bit jarring. Am I asking for organized crime to resurface in the cultures of today for a McConaissance in the sub-genre? Eh, no — Jesus. But its heavy reliance on true stories and biographical focus is omnipresent. Fictional crime dramas on film arguably don’t have that same oomph in comparison. It’s a hazy sight when trying to see into the future and ponder which stars will become the next Pacinos and Pescis. Tom Hardy’s incarnation of Al Capone in 2019’s Fonzo may be a converse case. But with Scorsese’s upcoming The Irishman, it gives some of the old-school Goodfellas and Casino fans a glimmer of diminishing hope.

Image via Metro US

Thank you for reading! What are you thoughts on the Gangster Sub-Genre ? Comment down below!

I don’t think the Italian mob has as much glamour as it used to. People moved on. Organized crime, unless it’s the Mexican cartels (and that seems so far away) just doesn’t grab headlines anymore

Looking forward to seeing The Irishman next year. It maybe Scorsese`s last gangster movie. De Niro and Pacino together again, plus Pesci coming out of retirement. Fingers crossed!

The whole thing gives me the creeps but I enjoyed your interesting and intelligent analysis.