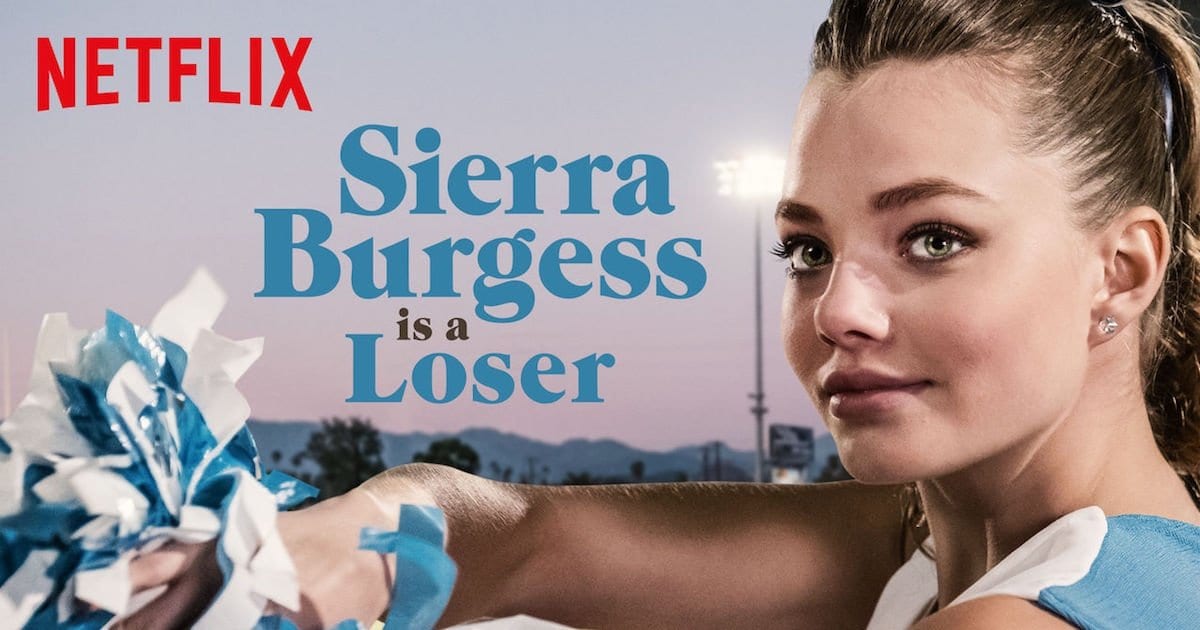 A case of mistaken identity results in unexpected romance when the most popular girl in high school and the biggest loser must come together to win over their crushes.

Sierra Burgess is a Loser is a modern gender-reversed adaptation of the play Cyrano de Bergerac by Edmond Rostand. The play was also adapted into the 1987 film Roxanne starring Steve Martin and Daryl Hannah.

Sierra Burgess is a Loser has an undeniable nostalgic vibe to it, reminding me of Hughes’ Pretty in Pink and Some Kind of Wonderful. Adding to that vibe are the faces from those type of movies, with Alan Ruck and Lea Thompson playing Sierra’s parents. Alan Ruck starred in Ferris Bueller’s Day Off and Lea Thompson played the popular and beautiful Amanda Jones from Some Kind of Wonderful.

I have always said that I wish current teen movies took on more of that style, with real, authentic characters instead of the flat two-dimensional displays we sometimes get. While Sierra Burgess is a Loser has a promising lead and cast, it takes itself a bit too seriously, so we never really get the fun and campy bits that made John Hughes’ movies enjoyable.

I grew up reading a lot of books, books like Jane Eyre, Pride and Prejudice, Anne of the Green Gables, and Little Women. In those books, the female protagonists are not conventional looking, yet there is something about them, a spark and wit that make them attractive and desirable. So I believed that was all that really mattered: skillful banter and meaningful conversation. I never really cared about my looks, until the world started to care for me.

Watching Sierra Burgess navigate the same minefield is like taking a step back in time, where I remember crushing so hard on the popular kid in my class only to discover that I was not good enough. I cried while watching this movie, Sierra’s insecurities triggering the locked cupboard of my own. Unless high school was a breeze, I think a lot of us can relate to Sierra’s struggles, an innate part knowing that we are “magnificent beast[s]”, but having to face a world that tells us we are not.

Noah Centineo is a SNAG 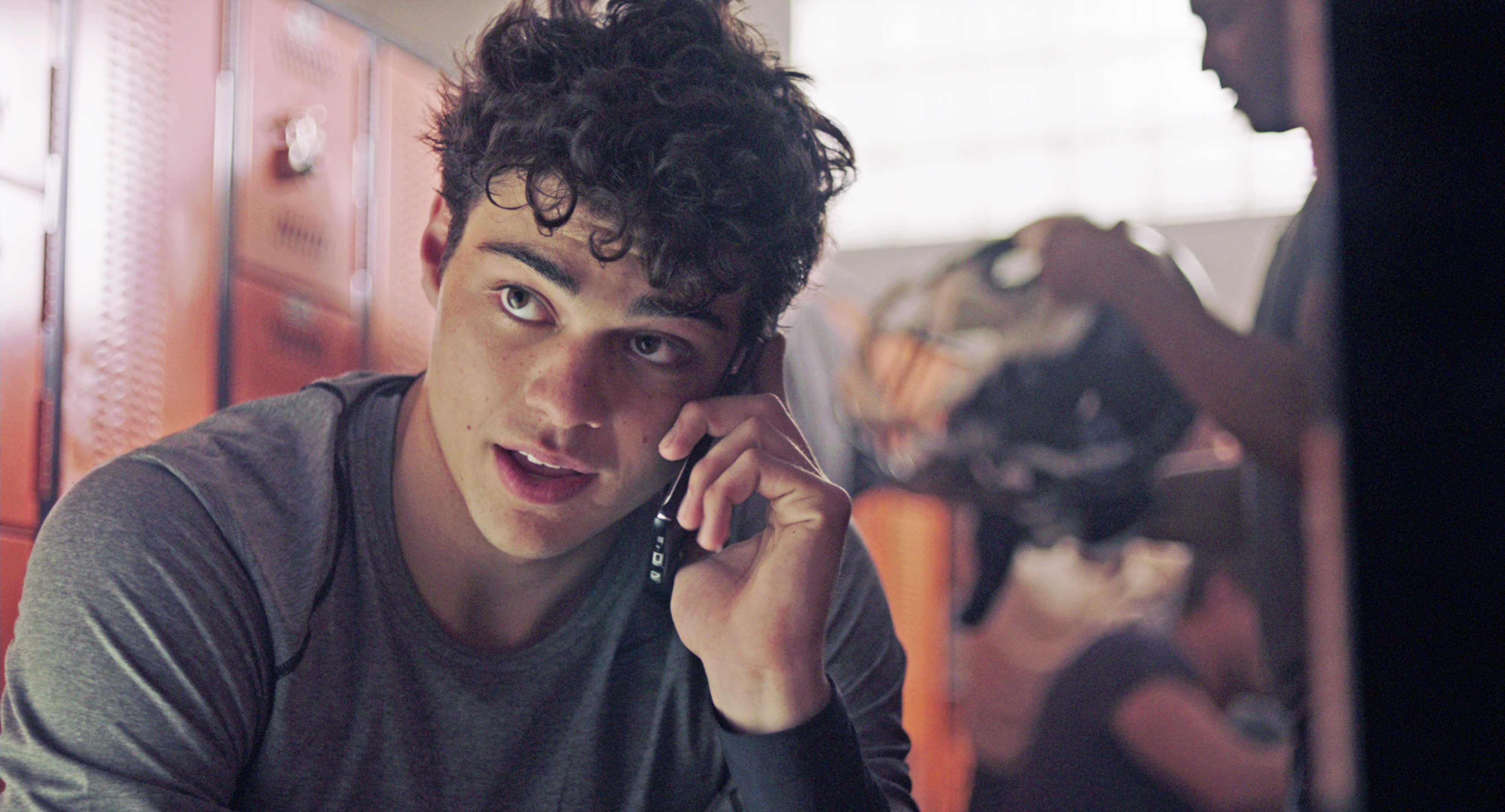 For those of you unfamiliar with the term, SNAG refers to Sensitive New Age Man. The man made us all swoon in his role as Peter Kavinsky in the recent Netflix offering To All The Boys I’ve Loved Before, and his role as Jamey is equally affecting. He is charming, he is sweet and most important of all, he can pull off vulnerability.

There is such authenticity to his performance, which explains why he drives us (i.e the general public) into giggling fits of rapture. When he asks questions, I genuinely believe he wants to know, and not just doing it to play a part. Even a phone conversation is riveting to watch, because I am looking at his face and reactions. It feels so private and real, which just helps sell these characters to us even more.

This movie breaks down stereotypes in every way possible. The popular cheerleader has insecurities and depth, the jock is a sensitive man who doesn’t really care about the status quo, and just hangs out with whomever he wants to. I thought the movie was going to be predictable, kind of like The Duff, where the main character gains confidence and gets the hot guy in the end. What I didn’t expect was the development of female friendship, which took precedence over the romance.

This is what I am liking about the movies Netflix has been churning out. Yes there is romance, but the focus is on friendship and family. In To All The Boys I’ve Loved Before, the main thread throughout the movie is the relationship between the three sisters and their support and love for each other. For The Kissing Booth, yes Elle is making out with the extremely hot Noah Flynn quite ALOT, but the most important thing is her friendship with Lee. 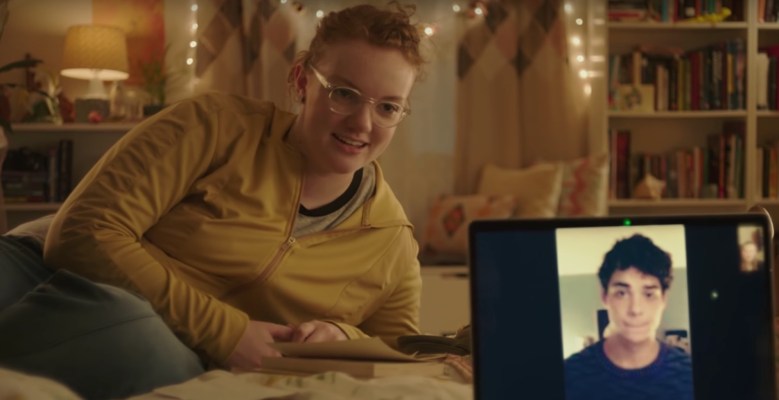 Technology has changed the way we pursue and conduct our relationships. It has been said that one of the new ways to communicate love is to send memes or funny pictures to your loved one, which we see happening in the movie.

Before, the getting to know one another encompasses going on a few coffee dates, and seeing if anything can progress from there. Now, texting and chatting online becomes the new testing ground. If we like the texting banter, then it can move to the real world; it becomes an audition of sorts, and in a way more efficient. It also has its downside, which is the whole catfishing aspect in this movie.

The presentation of the whole taking selfies situation is also accurate. Sending a sexy picture of yourself has become the new way to flirt. It is also dangerous, because you never know when all these private pictures that you decided to share might accidentally or intentionally find its way out onto the internet. Dating just became a little more precarious. 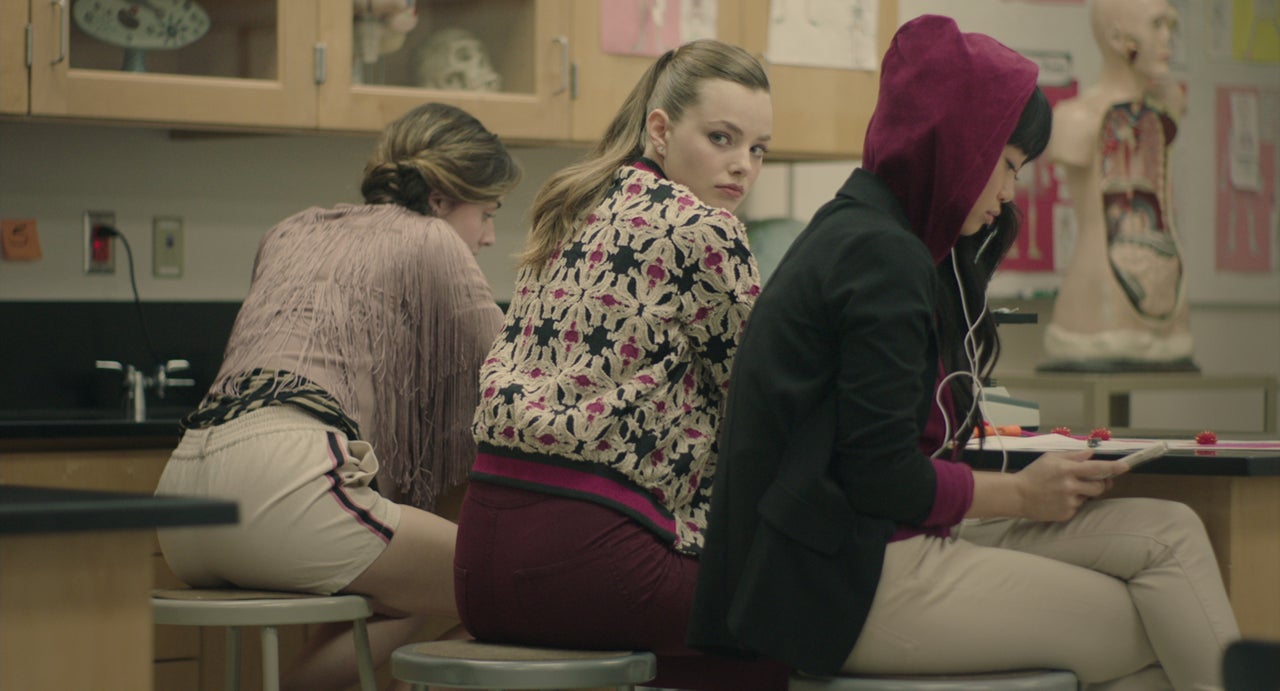 I am currently a school teacher, so the situation that Sierra faces in the movie is a similar issue I see students struggling with. Nowadays, good grades are no longer enough. You need to stand out with your co-curriculars, be super involved in the community, take on leadership roles; that is a lot for a teenager to handle.

Then there’s also the social stuff, like trying to find a sense of belonging, figuring out relationships. You need to sell yourself, sell your brand, but is that possible when its a bit early to have it all figured out just yet? Instead of education being an exploration, it becomes a dictation of choices that you have to make in order to succeed in life. While I enjoyed the movie, the ending was a bit too tidy for me. In the real world, Sierra’s actions would have a bigger fallout. The gesture she made, while heartfelt, would not have been enough to remedy the situation.

All in all, it’s a decent movie to spend an hour or so in bed with, but it doesn’t have quite the amount of charm of To All The Boys I’ve Loved Before. Maybe more Noah Centineo would have done the trick.

Thank you for reading! What did you think about Sierra Burgess is a Loser? Comment down below!

Interesting point of view on the film. I enjoyed this film mainly because I like how it addressed the importance of forming a relationship with someone based on their personality rather than just their looks.

The ending was pretty tidy. I think the conclusion would have worked out better if this had been a mini-series instead. I think Shannon and Noah have great chemistry.

Lately, Netflix has been kind of hit or miss with their TV shows and films. But, I think they have something going for them by continuing to produce movies like Sierra Burgess is a Loser and To All The Boys I’ve Loved Before.

The problem with the personality thing is, Noah’s character said at the end that he wouldn’t have noticed her if this didn’t happen. So yes, it is possible to fall in love with someone because of their personality, but how do you even get to that point if they don’t even notice you?

Not to mention, Shannon Purser is pretty cute, so I can see why he would be okay with pursuing a relationship with her.