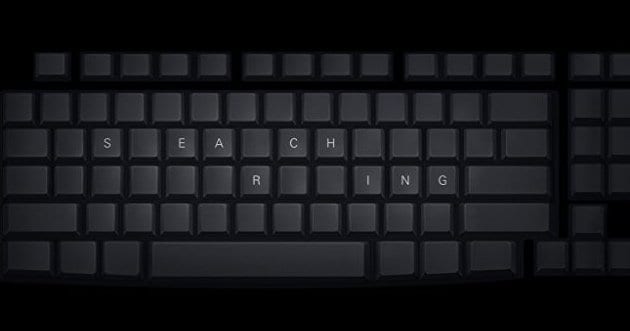 We live in a time where abduction thrillers are popping up once every year. Studios try to repeat the success of 2009’s Taken. There have been many Taken knockoffs such as 2013’s The Call and 2017’s Kidnap — both ironically starring Halle Berry. We are also in an era where social media is playing a big role in movies. So, what do you get when you combine an abduction thriller with social media playing a big part in the plot? You get Searching. Sounds interesting but not promising? Well, this movie has got something to say to you!

David Kim (Cho) becomes desperate when his 16-year-old daughter Margot disappears and an immediate police investigation leads nowhere. He soon decides to search the one place that no one else has — Margot’s laptop.

Hoping to trace her digital footprints, David contacts her friends and looks at photos and videos for any possible clues to her whereabouts.

John Cho is best known for his role as Harold Lee in the stoner trilogy Harold and Kumar. While working in those comedies, he expanded his acting for more serious roles, portraying Sulu in the J.J. Abrams’ Star Trek trilogy. It was the only time for Cho to take on a role where he plays a father worried about his missing daughter.

Taken was successful, not only spawning two sequels but also having studios replicate its success. There have been films involving kidnapping and missing children. Unfriended, the film solely told from a Skype call, was a success once it got word of mouth.

Now take the premise of the two films and put them together. Searching is the film that you get. The two films were entertaining in their own way, having issues of their own. Searching, however, has aspects that give it serious flair.

Judging by the plot and the trailer, it seems that you would guess just how the film would play out. While it is very much like past abduction films, this film is much more than the others. There’s so much to the story, incredible performances, and all around an entertaining experience. There’s never a dull moment — everything feels so real.

As mentioned, the story isn’t anything fresh and original. While Unfriended took place all in one Skype call, Aneesh Chaganty changed things up by having the whole story being told through laptop and iPhone’s screens. FaceTime, video calls, and even phone calls, all displayed on the screen of a laptop.

Some may think that the concept is not as interesting or may find it skeptical, but as the story continues, viewers will find the idea very creative. It’s not every day you watch a film from a device’s perspective.

The film goes through a detective investigation and in every turn comes to an unexpected twist. When the story seems like it’s about to wrap the big mystery, a twist pops up and gets the audience thinking that it’s not over yet. The film has clever twists, so the viewer can guess all they want — they just don’t expect the big one!

John Cho has shown that he could portray a stoner Harold Lee in the Harold and Kumar films. Searching expands his range. He gives one hell of a performance! Cho portrays this father admirably, showing the feeling of desperation regarding what happened to his daughter with ease.

Cho gives an emotional performance that makes it easy for the viewer to connect. You see it in his face, you hear it in his voice, he delivers such a compelling performance! For a film displayed from a laptop, John Cho gives such a layered portrayal. It felt genuine from start to finish.

Searching is more than just an ordinary abduction film. This film packed with emotion and so much heart. It goes way beyond just a father going the distance as he looks for his daughter. That father-daughter relationship is so, so strong, accented by its emotional start to get the viewer to learn about them through pictures and home videos saved on a computer.

The introduction shows how their relationship went on as they got older, how connected they were and how they got through their ups and downs together. But it’s not just in the introduction, but throughout the film as well. It feels like a relationship built for 2018, one that’s layered and raw.

The story’s foundation isn’t something fresh and new, but the way the story itself is told is something else. It’s compelling and backed by an incredible performance. There are clever twists that can keep the viewer shocked and continue guessing. The message of the father-daughter relationship is very interesting and executed well.

Searching is quite the surprise and a great watch from start to finish!

Thank you for reading! What are you thoughts on Searching? Comment down below!

[…] films have been less prevalent than their Blair Witch-related cousins but can, as in the case of Searching or the Unfriended movies, be surprisingly effective. If they’re done […]

That good, huh? Maybe I’ll give it a shot.