The Hardest Working Actor In Hollywood: A Look Back at Bruce Dern’s Career 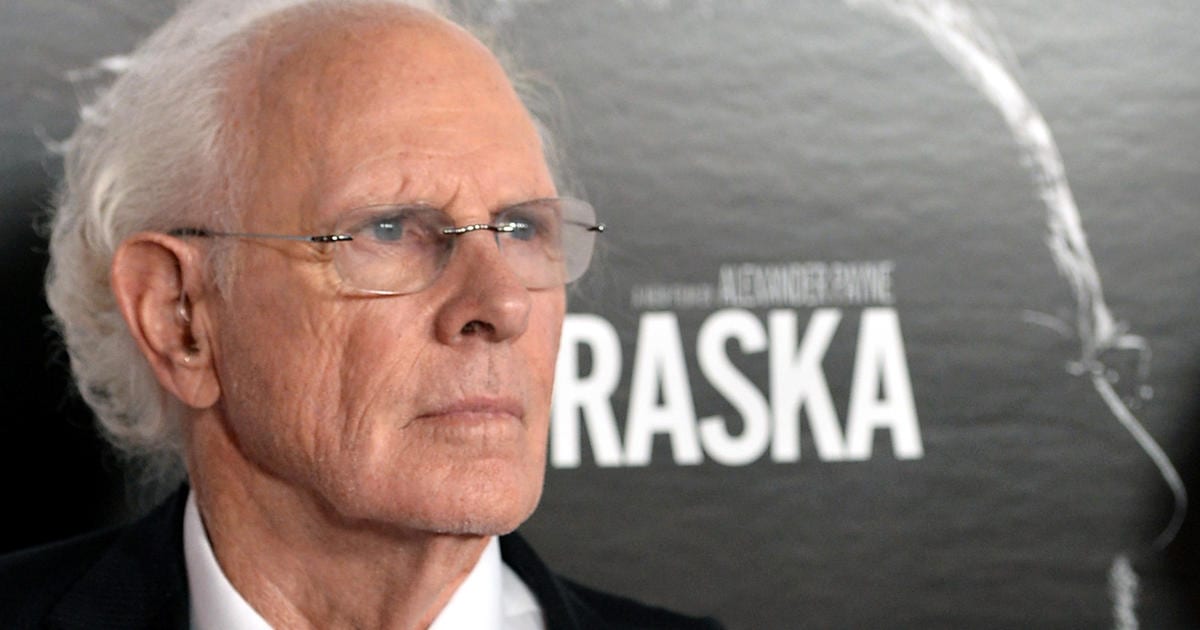 With the release of White Boy Rick this week and roles in two other movies this month, it brings a total of eight movies already released this year featuring one of Hollywood’s hardest working actors: Bruce Dern. With another five in post-production, there is no sign of the eighty-two year old easing up.

After nearly sixty years in the movie business, Dern’s CV reads like a who’s who of Hollywood. He’s worked with directors such as Elia Kazan, Alfred Hitchcock, Robert Aldrich, Francis Ford Coppola, Roger Corman all the way up to Tarantino. As for actors, he has worked with the likes of John Wayne, Montgomery Clift, Bette Davis, Tippi Hedron, Charlton Heston, Kirk Douglas, Burt Lancaster, Clint Eastwood and Jack Nicholson. In more recent times, he has worked with the likes of Tom Hanks, Bruce Willis, Matt Damon, Charlize Theron, Penelope Cruz, Samuel L. Jackson and Robert Downey Jr. to name just a few! He is a man who must have some great stories, and a man I would love to have a beer with.

Bruce Dern isn’t an actor whose name on a billboard would guarantee box office success. Still, he has one of the most recognizable faces in film. He has appeared in well over one hundred movies and his daughter Laura is a very successful actress in her own right.

Here are ten of the movies that he has been in that I think are well worth a view so that we can celebrate his storied career. (There’s a lot more than ten, but I had to narrow it down somehow!) 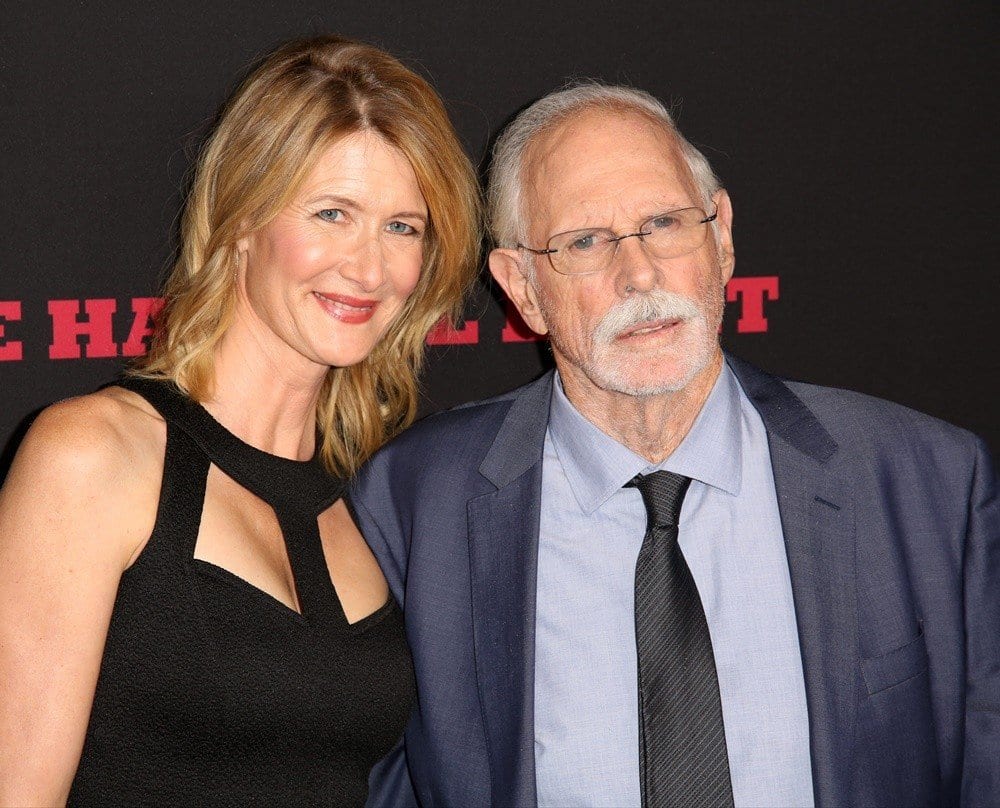 Marnie‘s director Alfred Hitchcock described the movie as a “sex mystery”. The story of a troubled woman who comes to the attention of a rich man. This is a deep psychological thriller. Marnie is forced into marriage even though she is suffering from a mental illness caused by a traumatic event from her past. The movie is a tough watch, released over fifty years ago, it still has relevance. No more so than when a woman says no, she means no. One scene where her new husband seeks to force himself on his new wife is a perfect example. I am a big fan of Hitchcock, but I still find Marnie a disturbing and uncomfortable watch.

A marvelous movie with a great cast. After the success of Whatever Happened to Baby Jane? two years previously, Robert Aldrich reunited with its stars Bette Davis and Joan Crawford to make Hush, Hush Charlotte. However since Baby Jane was made, the relationship between its two stars, which was always toxic, was now even worse. To such an extent that through manipulation by Davis, Crawford was dropped and replaced by Olivia de Havilland. It turned out to be a masterstroke as de Havilland’s performance as the evil cousin Miriam was outstanding. The whole movie was brilliantly shot with the use of lighting only adding to the shocks and scares, of which there are plenty. Above all it is a Bette Davis movie, she shows her full range and is just spellbinding. She was just a phenomenon and I cannot think of any present day actress who could compare. 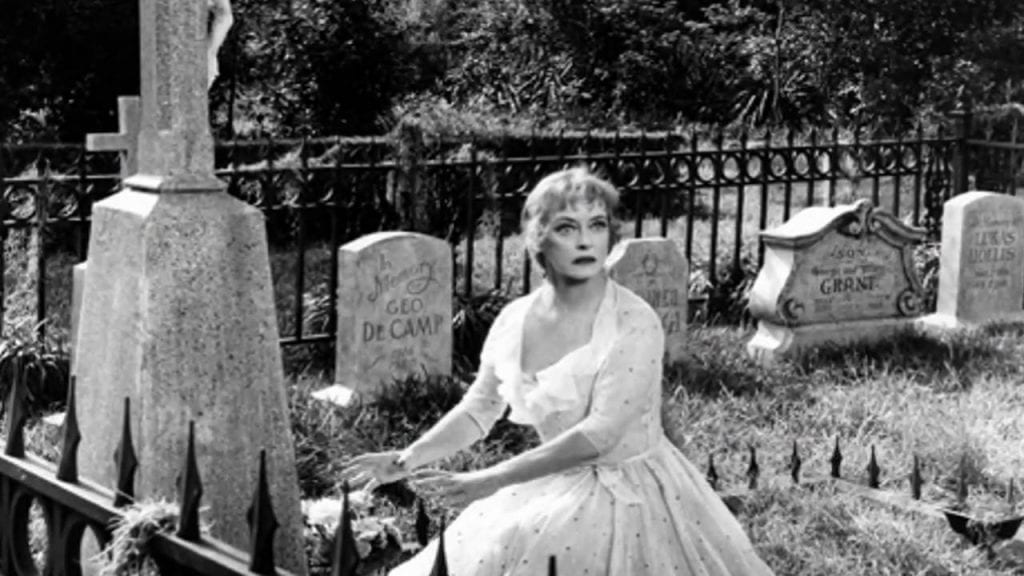 I don’t think this movie could have been made in any other year. The hippy revolution was coming to an end and the type of loose direction and improvisation seen in this movie would soon finish to be replaced by tighter scripts. The movie is really a non-story about two brothers played by Jack Nicholson and Dern. It is set in a shady Atlantic City pre the super casino age. The movie plays along with the fact that the first Monopoly board game featured Atlantic City and so we see people being sent to jail as well as trying to buy hotels! 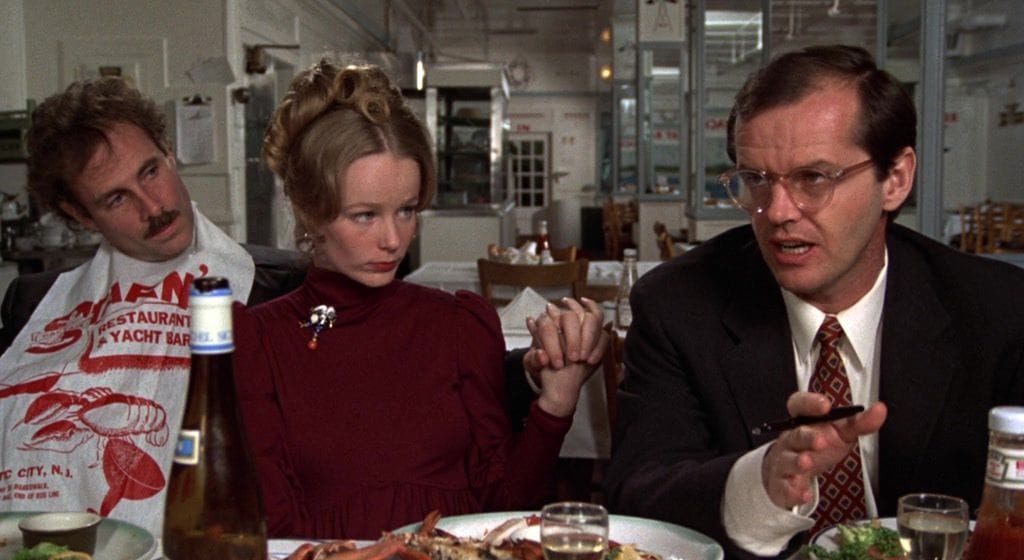 The star of this movie as far as I am concerned is its appearance. The cinematography is just breathtaking, it brings the roaring twenty’s to life with the use of vivid colors. The sets show off the opulence of Long Island at the time. However I think the movie itself is a bit dull. I thought there was very little chemistry between the two leads, Robert Redford and Mia Farrow, which may have been down to the fact that she was pregnant during filming. Francis Ford Coppola’s screenplay differed from the book on occasions, and not to the benefit of the movie. 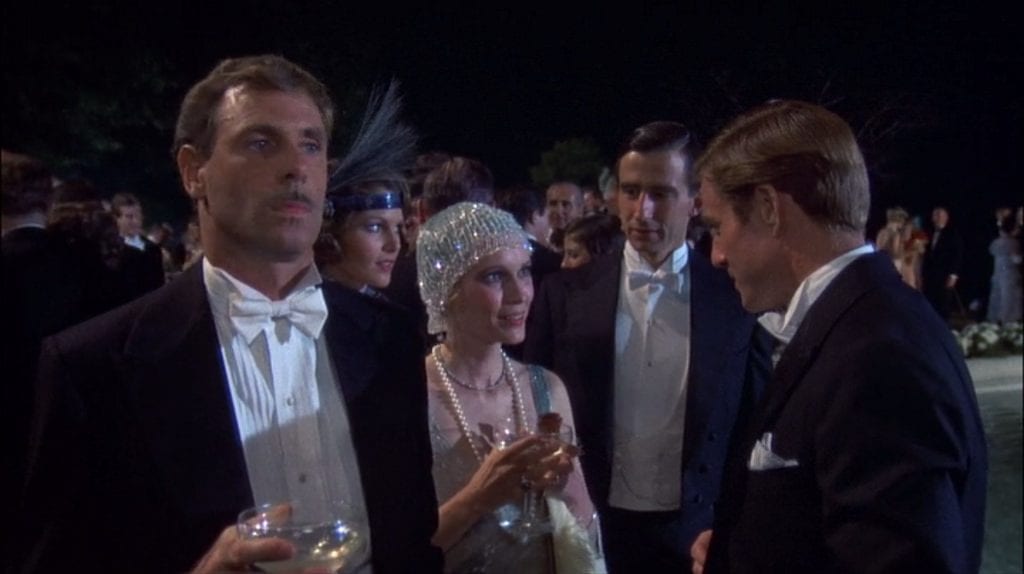 One of the better disaster movies of the 1970s. Directed by John Frankenheimer, it is the story of an attempted terrorist attack on the Superbowl using the Good Year blimp. A psychotic Vietnam veteran played by Dern joins forces with the foreign terrorist group. At the time it seemed a far-fetched idea as there had never been a major terrorist attack in the United States. No one could foretell a more outrageous attack would take place less than twenty-five years later. The movie itself is a good action thriller if a shade too long.

A true portrayal of the effects of war on not only the participants but also on their loved ones at home. These are the people left to deal with both the physical and mental scars that the combatants return home with. This movie contains three incredible performances, Jon Voight and Jane Fonda in the lead roles, each winning an Academy Award for their efforts, as well as Dern who was nominated in the best supporting category. It is an uncompromising look at the reality of war. A brilliant movie! 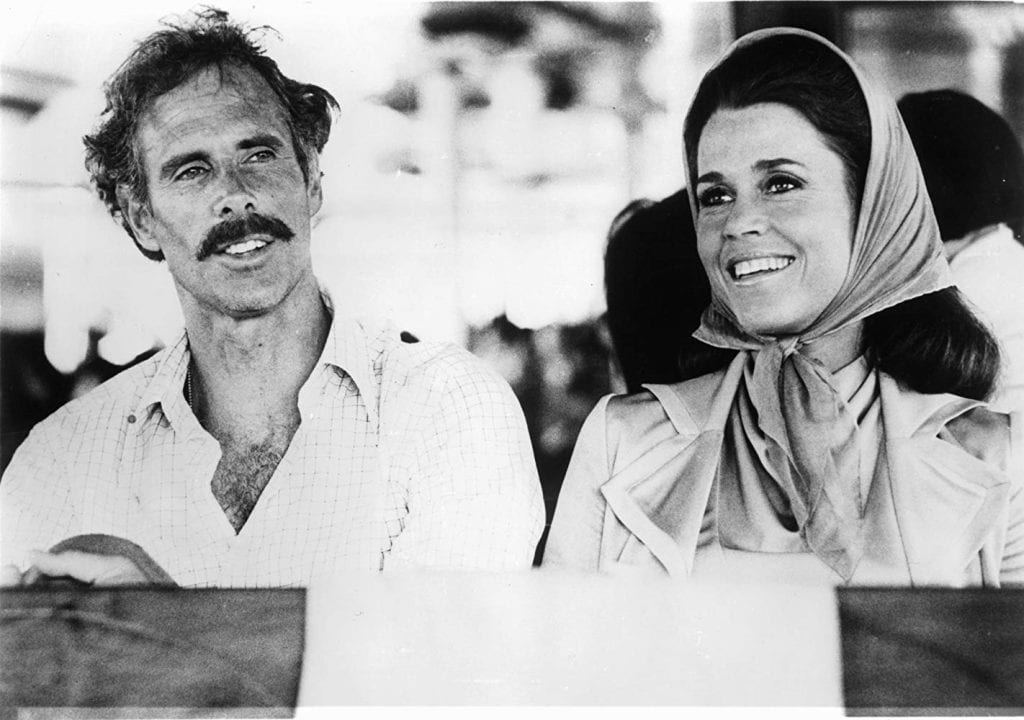 Based on a Pulitzer prize-winning drama from 1972, this is the story of the reunion of a high school basketball team on the occasion of the 25th anniversary of their State championship win. They gather in the house of their former coach, played by Robert Mitchum. As the movie progresses, secrets of infidelity, alcoholism and others rise to the surface. The movie hasn’t aged particularly well, however, there can be no faulting any of the performances, especially Dern and Martin Sheen. It’s still worth a watch in my book. 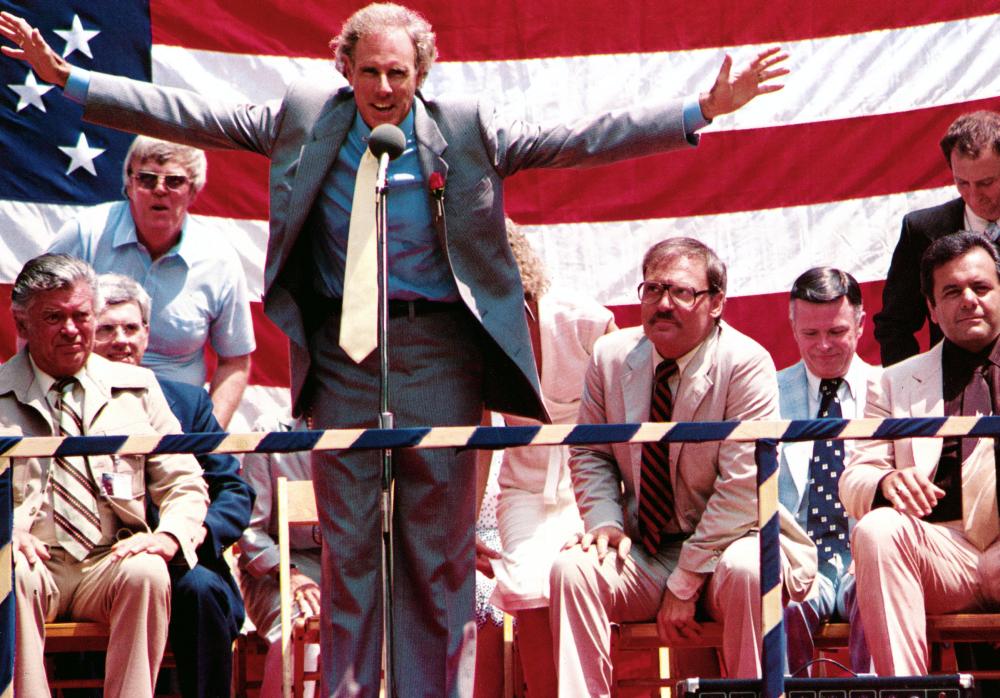 An unrecognizable Charlize Theron gives an Oscar-winning performance as serial killer Aileen Wuornos in this movie based on a true story. Monster comes across as a tragic love story, which in some ways tries to make Wuornos a victim — no doubt she had a terrible life and was mentally unstable. I think that at the core of the movie is the argument about the death penalty and whether a person so evidently unwell should be executed. 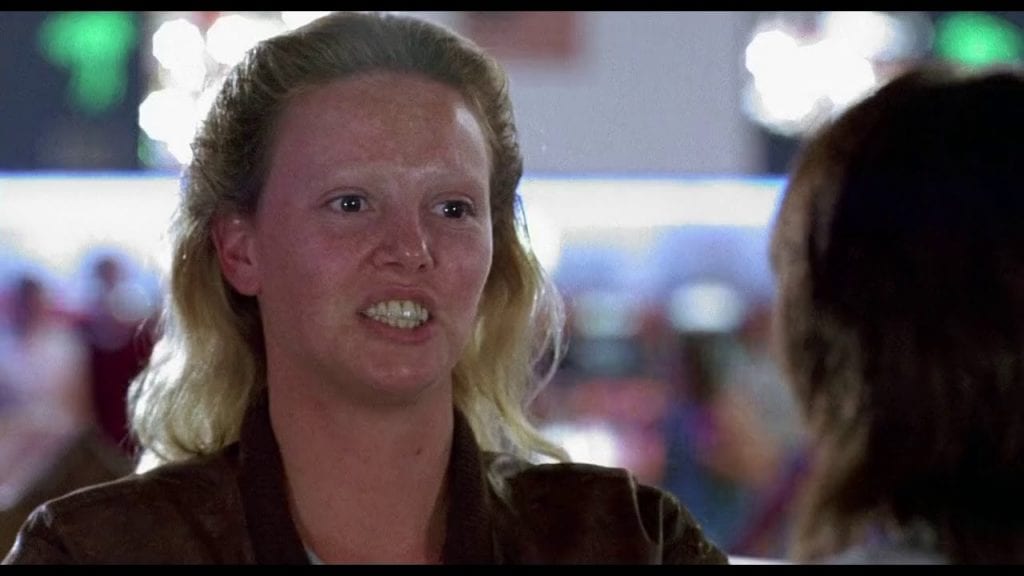 My favorite movie on the list! Shot in black and white, it’s a brilliantly simple story of a dysfunctional — or maybe an ordinary family — dealing with the aging process. It is a film for all fathers and sons out there to watch together. The story is great but it has much more: it has heart and soul. As John Mellencamp so fittingly put it, “This getting older, it ain’t for cowards”. Christian Bale won the Academy Award for his performance in American Hustle, but I think it should have gone to Dern. 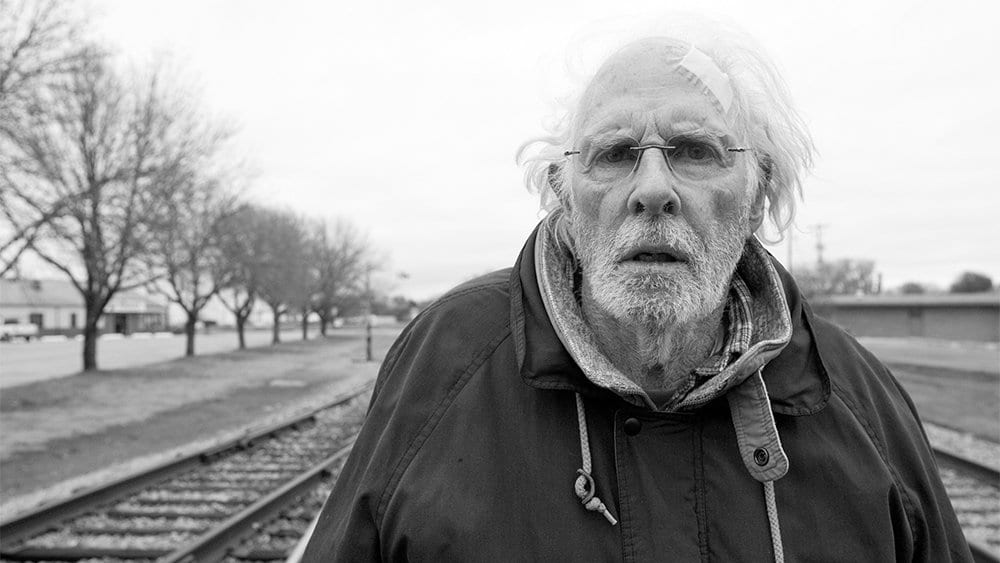 The Hateful Eight or Django Unchained, now this was a tough choice to represent Tarantino in this breakdown of Dern’s filmography. Two fantastic movies with great story and casts. It came down to a performance of an actor who appeared in both films. No, not Samuel L. Jackson or Dern, who were both great, but Walton Goggins, who plays Sheriff Chris Mannix (“Well cut off my legs and call me shorty”) was incredible. His performance was right up there with any other in 2015. The movie itself may be a shade long. Yes Quentin, we get the message that it’s a bad storm. I sometimes wonder if he has ever heard the word “cut.” 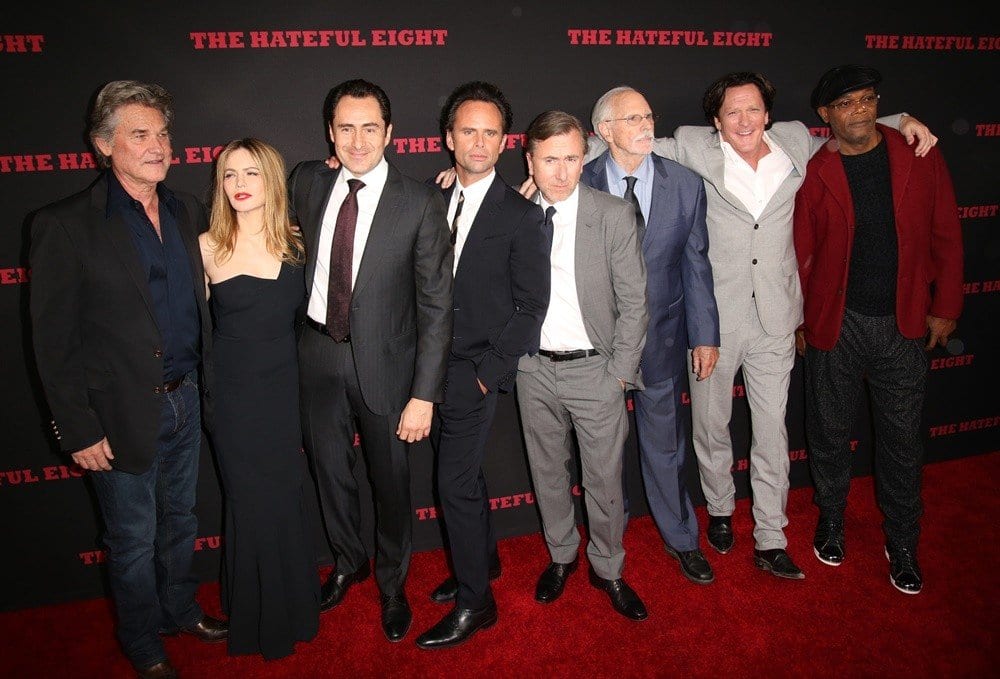 Thanks for reading! What are your thoughts on Bruce Dern? Feel free to comment below!

If you have enjoyed this article, subscribe to MovieBabble via email to stay up to date on the latest content.

Join MovieBabble on Patreon so that new content will always be available.

What movies should I discuss next? whether it is old or new the choice is up to you.

I’ve always found Bruce Dern particularly interesting actor to watch. There’s just something about him. Nebraska is an absolute must-see.

I’m sure these are great films and all, but how do you do a list like this and not include the classic comedy “The ‘Burbs”!! It’s the first film I remember seeing him in, and he fit in perfectly with Tom Hanks and Rick Ducommun. Good list, otherwise. Bruce Dern is amazing no matter what he’s in!

A good movie alright, but its impossible to include everything. I tried to include some lesser known movies and not just make a best of list.

When I think of Bruce Dern, it’s the films The Driver and Silent Running.