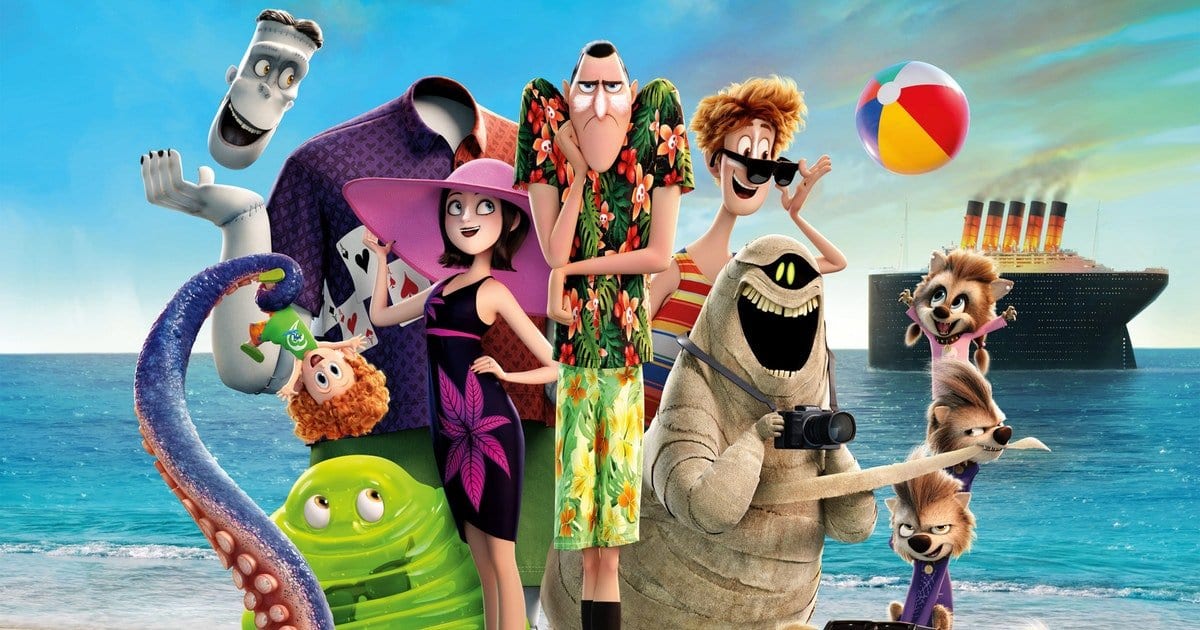 Whether you like it or not, Hotel Transylvania is becoming a sneakily successful franchise, zooming forward with its third film Hotel Transylvania 3: Summer Vacation which has already proved as a profitable venture for Sony’s animation arm after just one week. And if you’re into the zany, excessive nature of the first two films, you’ll have just as much fun the third time around.

Overworked and alone, Dracula (Sandler) is wallowing in self-pity, worried that he’ll live the rest of his life alone. Mavis (Gomez) senses some of this discomfort and, being the nice girl that she is, decides to surprise Dracula and the rest of the gang by taking them on a monster cruise.

During their trip from the Bermuda Triangle to the Lost City of Atlantis, Dracula falls for the ship’s captain Ericka (Hahn). But there’s just one problem: Ericka is a member of the Van Helsing family, and she wants to kill Dracula.

I’ve already discussed how much of a financial success the Hotel Transylvania series is for Sony, but there’s another interesting angle to the conversation: Hotel Transylvania 3: Summer Vacation is the first animated film to be dubbed in Arabic for Saudi Arabian audiences.

From 1983 to 2018, cinemas had been banned in the country. With the exception of one IMAX theater in Khobar (which only showed educational films), there were legitimately no theaters in the country. The only hope for Saudis to watch films were via satellite, DVD, or video — or they had to travel to a nearby country and visit one of their theaters. Movies were considered un-Islamic for many, many years, viewed as contrary to Arabic norms.

Thankfully, that ban was lifted in December of 2017 with implementation in April of this year. AMC hopes to open up approximately forty theaters in about fifteen Saudi cities over the next five years with the country as a whole hoping to open about 300 theaters by 2030. Who knows, maybe Saudi Arabia becomes the new frontier for international box office success in the coming years.

For those that are interested: Black Panther was the first public screening in the country following the ban removal. 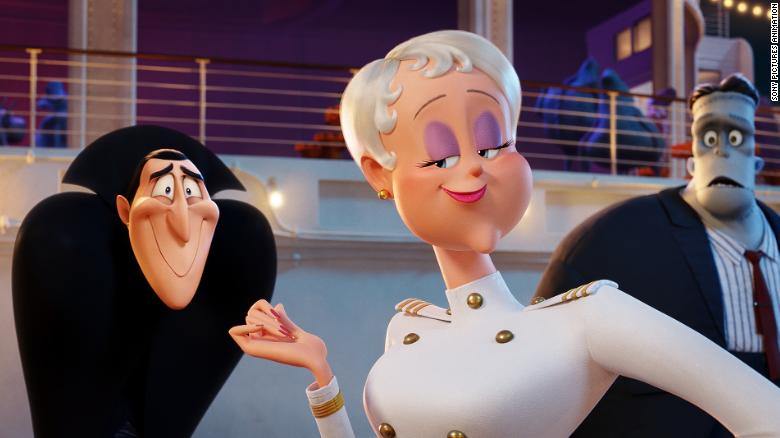 Another Round of Zany Animation

Given the involvement of Adam Sandler and his usual group of cronies, the Hotel Transylvania movies get a bad wrap from general audiences on occasion. They see a blob dancing to a Pharrell song or see Sandler’s Dracula speak in gibberish and think “ohh no!” I get it, these movies can feel like sensory overload at times, but there is a lot of genuine craft in Hotel Transylvania 3: Summer Vacation.

Amazingly, director Genndy Tartakovsky completes his trilogy with Hotel Transylvania 3, a feat that doesn’t happen very often these days. There’s so much turnover in franchises now, no one is given carte blanche with a trilogy (for the most part — there are a few exceptions to every statement of fact, after all). Thankfully, he even adds more to the animation this time around.

All of these Hotel Transylvania movies are speedy, even to a fault, but Summer Vacation brightens up the usual aesthetic even further, doubling down (or tripling down) on its loopy, cartoonish expression.  The animation has a certain fluidity that, when mixed with hard, sudden motions, makes each character look just plain silly. It’s like a 3-D rendering of your favorite Saturday morning cartoon show. So even though Hotel Transylvania 3: Summer Vacation doesn’t have as high of aims from a dramatic perspective — then again, it was never trying for serious dramatic heft in the first place — it replaces it with giddy fun. 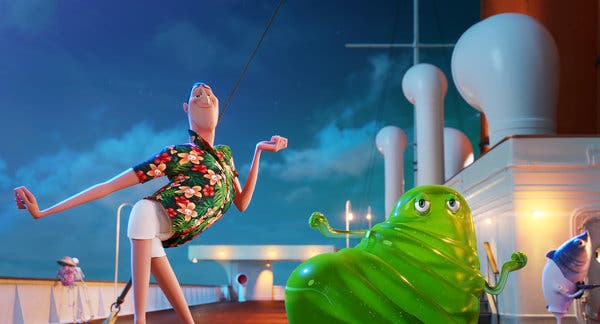 Light, Fast Gags with Some Added Heart Beneath the Surface

Summer Vacation knows what it is, and it’s incredibly refreshing to see a film puts its best foot forward every step of the way in that respect. This is a silly, silly movie, and its set pieces get even more silly as the movie progresses, even Sandler puts in a great performance as a voice actor.

By now, you know Adam Sandler’s M-O. His comedy — at its worst — is pretty lazy and even a tad mean. But Hotel Transylvania 3 provides the better side of his work. It’s funny and even sweet. While some of the humor results in bodily harm of some characters, it’s always kind underneath. The worst thing that an animated movie like Summer Vacation can do is be mean-spirited. After all, these movies are clearly aimed at children.

However, I would compare this film to someone overindulging on sweets at a cookout — stay with me on this analogy.

There’s a massive spread of food. Some of it is super healthy — you vegetable spreads if you will — but let’s face it, you see the massive plate of cookies at the other end of the table and immediately stack your plate full of them, eating to your heart’s delight. But a few hours later, that sugar rush from the sweets die down and your stomach begins to feel a queasy. You had plenty of opportunities to get your veggies in for a better balanced meal, but you saw the cookies and went cross-eyed for a little while.

Hotel Transylvania 3: Summer Vacation had every chance to balance itself, to add more layers to characters that aren’t there in the final cut. It overindulged on slapstick humor to the point where it forgot to create an equally whimsical plot, and the entire movie gets a little tiring in the end. If I’m being perfectly honest, there’s not a whole lot to this film…just like there’s not much to the nutritional value of a cookie.

See, I told you that analogy would come around! 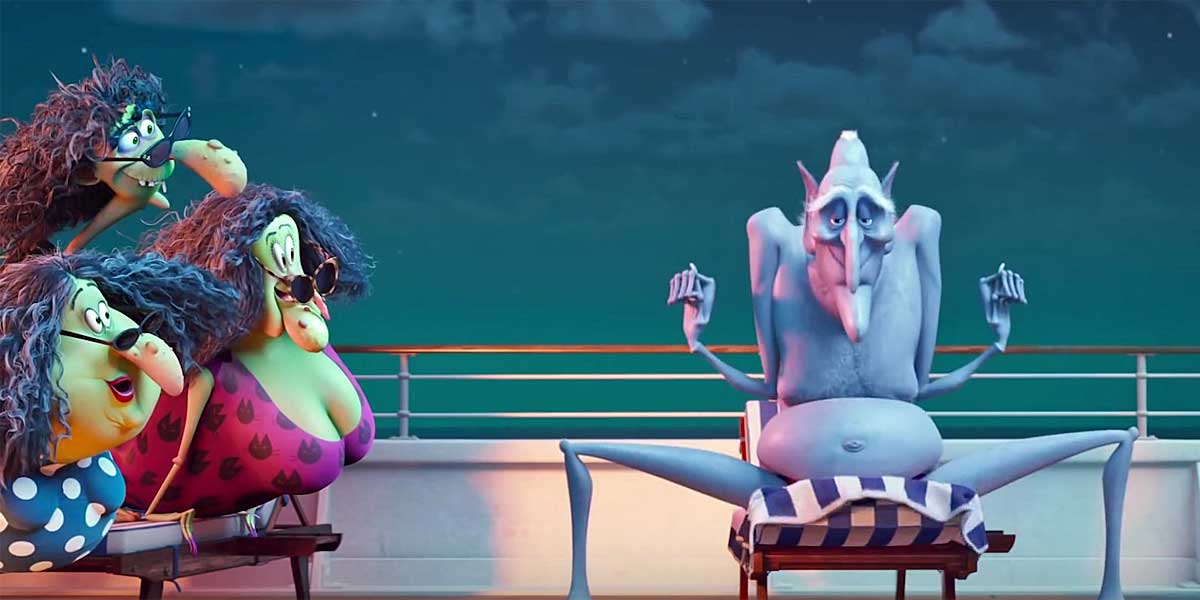 You know what you’re getting into by now if you happen to walk into a theater that’s playing Hotel Transylvania 3: Summer Vacation. It’s more animated slapstick that sometimes resorts to pandering, but it’s so damn charming when it’s at its best that you can allow the zippy animation to take over and provide quality entertainment for about an hour and a half.

But who am I kidding, you already know if you’re seeing this movie or not, so enjoy whatever choice you made!

Thank you for reading! What are you thoughts on Hotel Transylvania 3: Summer Vacation? Comment down below!

[…] days ago. I’ll likely return to it in the years to come as well. It’s a movie set in a Transylvanian village with curses, witchcraft, psychedelic visuals, and an unrelenting sense of paranoia — […]

That was hitting the nail on the head in my opinion. After watching it I thought that it was the most childish of the 3 HT films, so I may not watch this one in particular over and over again, but it was still cute.

“Cute” is definitely the right describer! There’s a lot to like about this one, but if you’re above the age of 10, it might wear thin VERY quickly lol

Don’t Judge a Movie By Its Cover: Knocking...