Mississippi Burning and the Wages of Hate 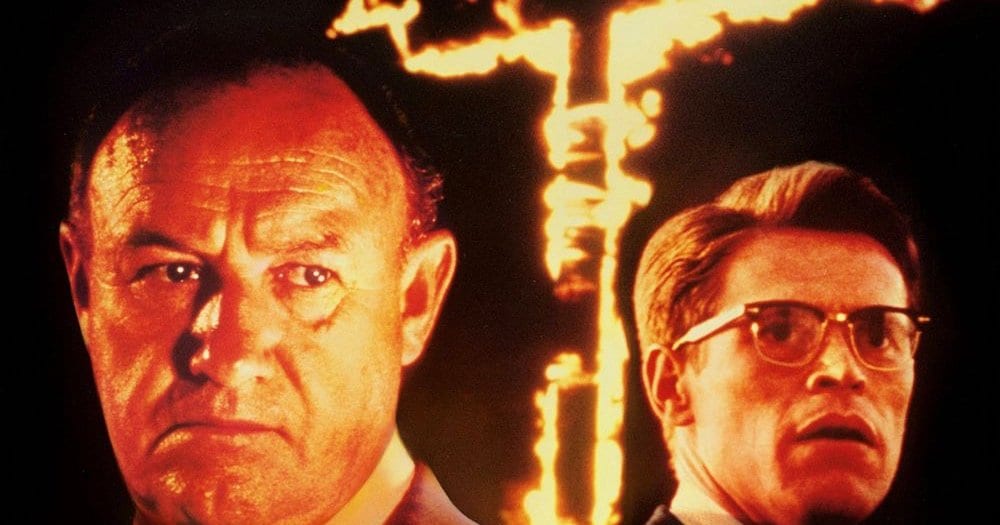 Mississippi Burning is thirty years old this month. Based on real events that occurred in 1964, 54 years ago, it depicts the way racism divides and destroys the community.

In 1964, three civil rights workers were murdered in Mississippi after they tried to help the local African-American community earn the opportunity to vote. Two agents of the FBI (played by Willem Dafoe and Gene Hackman) arrive to investigate the disappearance, and eventually the murder of the three men. The escalating racial violence tears the community apart. 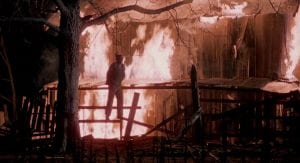 The three activists were murdered by the Ku Klux Klan, and buried on a nearby farm. The autopsy discovered that one of the three was still alive when buried and had been trying to dig his way out. 150 FBI agents arrived from New Orleans to begin a search. After they found the car belonging to the men, the federal government sent sailors from a nearby naval base to search the swamps for the bodies. While they didn’t find the bodies, the sailors unearthed several other bodies of black men.

An informant tipped off the FBI regarding the location of the bodies. They arrested eighteen suspects on charges of violation of civil rights, and seven of them were found guilty, but none of those found guilty served more than six years. A pastor and KKK member called Edgar Killen went free at the time, but 41 years later was tried and convicted of manslaughter. He died in prison. The actions of the KKK outraged the nation and helped pave the way for the Civil Rights Act.

I think the film adheres well enough to the basics of the plot, though it dramatizes the situation in order to engage audience interest. Ward (Dafoe) oversees the investigation. He does not have prior experience in a segregated state and doesn’t understand that just asking black people questions is going to put them at risk, even if they won’t talk to him. This contrasts with Anderson (Hackman), a former Sheriff of a small town like the one they are in. He has a better understanding of the local situation and has more of an idea how to go about talking to people.  Ward does not approve of Anderson’s attitude and tactics, while Anderson thinks Ward is too stuck on the rules to get results. Their prickly relationship is central to the film. 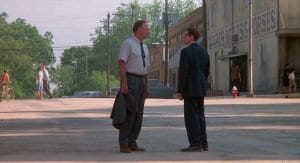 Anderson first appears singing a racist song, so we immediately think he’s not a nice man. Very quickly after this we realize that he is not that simple to understand, when he refers to the KKK as “pointy-heads.” His background as sheriff of a similar town makes him unwilling to believe that the sheriff’s office is involved in the murders. However, this character doesn’t allow himself to be blind. It soon becomes apparent that the sheriff and his men are in it up to their necks, and Anderson accepts this. I found him an interesting character. We learn that while he grew up in that environment and held office in that environment, he does not agree with the racism. I found myself wondering if he’d been racist and his experiences changed his mind. 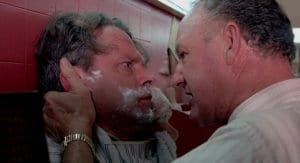 Ward, not used to the local attitudes, seems out of his depth to begin with. He shows very clearly why he is in charge, however. Anderson complains about the extra people Ward gets in, but ultimately, they need the manpower to get results. Ward, too, is flexible in his attitudes. He comes to understand that Anderson is correct that they need to go harder with the KKK men. He struggles with the sheer magnitude of the hatred on display, asking ‘what is wrong with these people?’ I think he was not as well-developed as Anderson’s character, however.

Brad Dourif as Deputy Pell is one of the main antagonists. As a senior man in the local KKK, he is present during the murders and certainly instrumental in later attacks. He is proud of his actions and convinced of his rightness. When he discovers his wife tipped off the FBI about the bodies, he brings men into the house and has them watch while he beats her up and puts her in the hospital, a profoundly disturbing scene. He comments in a puzzled way about how black babies can be cute, the obvious implication being that they don’t stay that way. He is, in a word, quite horrible. The other conspirators are equally as unpleasant. 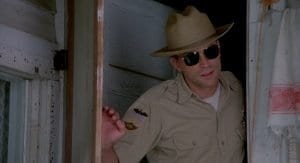 Frances McDormand, as Mrs. Pell, is a representative character of white people in the community who don’t feel the same way, but don’t speak up for fear of being attacked themselves. She is the one who explains how they are taught hate in the schools and in their homes. It takes a lot of courage in the face of such violence to stand up, and it is understandable that many would try not to see. I felt her character was more a representation of an attitude than a person. It was an effective tool to explain this kind of attitude.

Every actor in this film gave a superb performance. Gene Hackman and Frances McDormand were both nominated for Oscars and deservedly so.

I did wish for more presence from the black characters in this story. We see them, the boy who speaks out, the man who is lynched, the pastor who states how angry he is. But they seem to be minor characters in a story that concerns them. I did wonder if that was deliberate. After all, in this environment they do not have agency to act for themselves, which is of course the problem. Still, I felt dissatisfied by this aspect of the film. 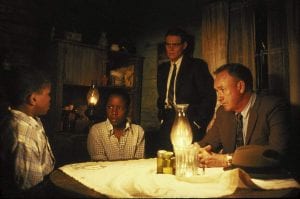 The director Alan Parker makes excellent use of the camera to show contrasts. The first scene we see is two water fountains side by side. One is marked ‘white’ and one ‘colored’. We see a white man and then a black child come up and drink. The ‘white’ water fountain is much newer and cleaner. Throughout the movie the same contrasts are made over and over. Segregation signs are often seen in the background of scenes, a silent presence throughout. There is a scene in the white neighborhood, with a street of green grass and nice houses, which shifts immediately to the black neighborhood of brown dirt and poor hovels. All through the film, this contrast speaks as loudly as any dialogue as to the inequality of the situation. 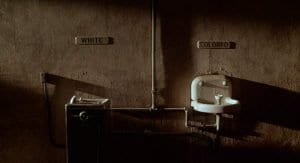 Fire-bombing of churches and homes, beatings and murders. It makes you want to just weep to realize this is depicting actual events. The very language used so casually by many of the characters is cringe-inducing. The film is a classic case of escalating violence, which is a staple of racially based conflicts in so much of the world. The most pathetic aspect of this situation is that it is the disapproval of the rest of the country that triggers the escalation by the KKK, while the black community they are attacking have not retaliated. 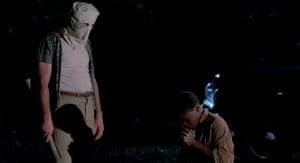 This is a beautifully directed and acted film. It is a gripping and tragic story. The attitudes at the base of this tragedy, sadly are not in the past. Mississippi Burning is still relevant after thirty years because this is still happening, all over the world. This film, and others like it, are important because they teach us the consequences of hate. 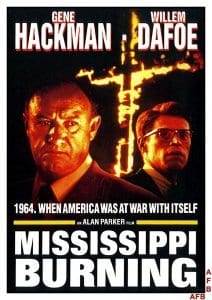 Thanks for reading!  What is your opinion on Mississippi Burning?  Comment down below!

Thank you for your review! I remember this movie as a great one, and you just confirmed that. And now I want to re-watch it!